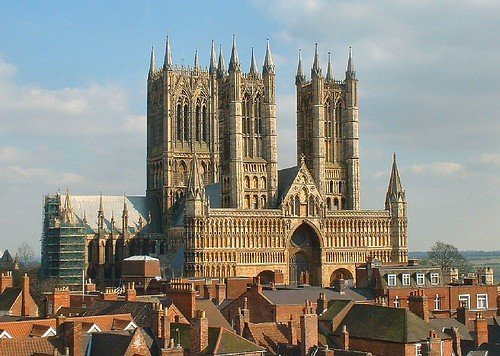 "Lincoln Cathedral" by Lincolnian (Brian) is licensed under CC BY-SA 2.0

A minor skirmish in the ‘Culture war’ which has altered the landscape in recent years is taking place largely out of sight and mind in Lincoln, a small city which tries to punch above its weight. This skirmish is one sign of local government breakdown.

Lincoln has two universities of national repute, with one being named Modern University of the Year in September. But as a place of arts and culture, Lincoln struggles. Compared with a similar sized city like Bath, other amenities are limited. It has no dedicated concert hall, one theatre, two mainstream and one small independent cinemas, two multi-purpose arts venues (one permanently closed), a small museum and an art gallery. It’s these last two buildings, known as The Collection, that form the front line of this squabble over culture.

The gallery is named after James Usher, a well-respected Victorian jeweller and local politician, and its exhibits were a bequest to the city. It is owned by the Labour-run city council which leases its management to the Conservative-run county council. The thirty thousand works include a Lowry original, a fine portrait of Lincolnshire botanist Joseph Banks (who accompanied Captain Cook to Australia in the 1770s), paintings by Peter de Wint and JMW Turner, and an outstanding collection of clocks and watches. There’s too much to be on permanent display. Items are therefore stored and maintained by the county council as part of the lease arrangement.

Many Lincolnshire residents earn low wages and the notoriously frugal county council manages its budgets prudently to avoid expenditure they know will be unpopular. In 2018 the county council proposed redeveloping part of the gallery into a registration centre, coroner’s court and wedding venue, claiming it was not fit for purpose and uneconomic, and saving £750,000. The city council was, predictably, angered by this arguing that it was against the wishes of James Usher and the terms of his bequest. Art-lovers have also reacted saying that the proposal would reduce access to the exhibits for the public.

The county council then suggested using space at the museum next door but this has been rejected as inadequate. The city council has offered to house the registration ceremonies free of charge but this too has been rejected by the county council. They have now said they intend handing the whole collection back to the city council if there is no agreement, prompting the city council to negotiate a deal with Nottingham City Council for storing the exhibits which they say represents a far better value for money. But this is more than just a typical spat between opposing political parties about money and how it’s spent. Trouble looms and the implications are ugly.

The root cause is the way the government has managed the nation’s finances since 2010. The previous decade was marked by significant rises in public spending as the Labour governments of Tony Blair and Gordon Brown invested huge sums to put right the damage of the Thatcher years. Most of that was funded by borrowing but the impact on the national debt was negligible. As a percentage, it fell from just under 40 per cent to around 35 per cent between 1997 and 2007.

But 2008 brought the banking crisis, the infamous credit crunch and quantitative easing (QE). Money was pumped into the banks to prevent them from failing. The debt to GDP (gross domestic product) ratio doubled between 2008 and 2018. In the next ten years, as the government tried to reduce that number and bring spending under control, the country went through a prolonged period of austerity. So much was cut from local authority budgets, in 2019 parliament reported that councils had seen their central government grant fall by 49 per cent, the equivalent of 29 per cent in actual purchasing power. The costs of Covid-19 then caused the ratio to jump to 100.5 per cent, the highest it’s been since 1961.

What’s likely to happen next provides a dismal outlook. Councils get their revenue from three sources – council tax, business rates and government grants. Austerity means some councils are running out of money because of cuts in grants and reduced business-rate income. As council tax rises are capped, they have turned to other methods of raising revenue. In some places, this is making matters worse. Two years ago Northamptonshire County Council was to all intents and purposes bankrupt and was given permission, against the rules, to sell its headquarters. Croydon Council chose to try and invest its way out of its difficulties but poor decision making meant that last month Croydon issued a Section 114 notice effectively meaning they too were bankrupt. In the same month, an independent audit report showed that Spelthorne Council ‘likely broke the law’ after borrowing £1bn to invest in commercial property, to try and rescue its financial position. A tipping point may be rapidly approaching where council budget shortfalls trigger a collapse in the provision of all but the most basic local services.

Schools could be the first to struggle. Recently The Guardian reported on the number in financial difficulties as Covid-19 has forced them to spend more on buildings and staffing. Schools will be expected to carry on as an essential service but having worked through both lockdowns, teachers may have had enough. There are already whispers of staff resignations. In these circumstances and with a hard or no deal Brexit predicted to provide a substantial shock to the whole UK economy, councils will need to take drastic measures to keep schools open.

Very unpopular choices will have to be made. ‘Soft’ targets like art galleries face a struggle for survival and will either be forced to charge for entry or close altogether and be sold off with their assets to raise revenue. The leader of Lincolnshire County Council, Martin Hill, has talked of a ‘grand plan’ to safeguard the gallery and its collection, as though there are no other factors in play. It remains to be seen if he is being realistic or if it’s all just talk. 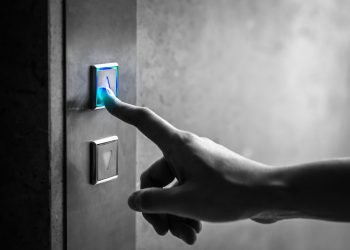