LGBT+ rights are under fire around the world, it is more important than ever to celebrate LGBT+ history. 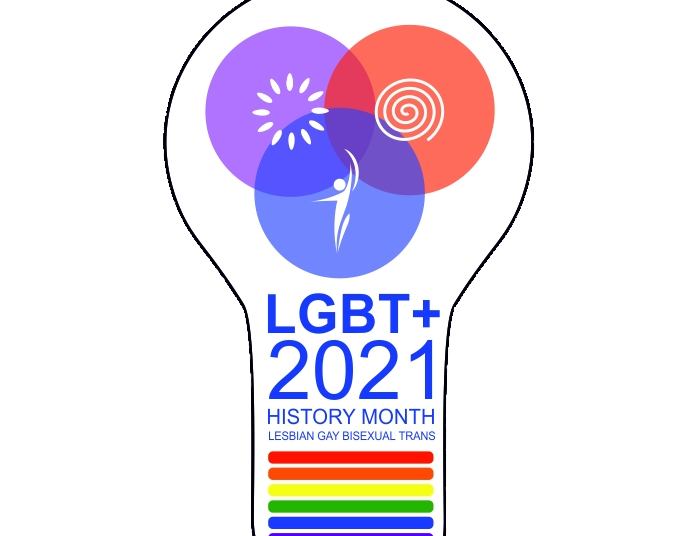 Since launching in the UK in February 2005 LGBT+ History Month has become an increasingly important time for the country to take stock of a largely hidden and multi-faceted strand of history. The UK version was set up by School’s Out,  initially to help schoolteachers but now reaching a much wider audience with events taking place across the country. This year it has been a vital lifeline for young people left feeling very isolated by lockdown andits focus  on Body, Mind and Spirit is incredibly appropriate.

When the event was first created in 1994 by US teacher Rodney Wilson it would have been illegal for the UK to follow suit in state-run schools. As a backlash to the AIDS pandemic, Section 28 of the Local Government Act had been in force since 1988. The Act forbade Councils from “intentionally publishing material with the intention of promoting homosexuality”. Schools were prohibited from “promoting the teaching in any maintained school of the acceptability of homosexuality as a pretended family relationship”. In practice this meant the subject of homosexuality was never mentioned by teachers, leaving a generation of young people confused, bewildered and sometimes frightened. The law even led to Councils banning shows by gay writers such as Oscar Wilde and Noel Coward which were going to be performed on their premises. Incredibly, it took until 2003 for the law to be scrapped in England and talking about LGBT+ history could finally start to become a reality.

Recently, hit television shows such as It’s A Sin and Gentleman Jack have brought some LGBT+ history to life, but how many of us were taught that in 1400 BCE there was a non-binary Pharaoh called Hatshepsut? The level of knowledge about LGBT+ history even within its own community is still shameful. The Vivienne, winner of the first series of Ru Paul’s phenomenally successful Drag Race UK, apologised for not knowing about Alan Turing. For someone at school finding their way in life, having a positive role model like Alan Turing is hugely important. He is now remembered as a World War II hero and computer pioneer as well as someone who took his own life after chemical castration stripped him of his ability to further his research. And remember him we must. It is important to know why he will be the face of the new £50 note.

In years to come, present day discussions about marriage equality and same sex couples dancing in Strictly will form part of this aspect of history and we can only hope that future generations will wonder why there was even a debate.

Recently it was reported that the unveiling event for Mrs Thatcher’s statue in Grantham will cost £100,000. Well worth it for those who saw her as a bastion of the nation, but what about the parents of children who committed suicide when Section 28 made it illegal for a schoolteacher to help them find their way in life? Let’s not dwell on that, instead we can look forward to an AIDS memorial in Birmingham currently under discussion.

Thankfully, at least in the UK the dark days of the past have become a lot brighter. LGBT+ History Month Festival is now celebrated throughout the country and is a firm fixture on the calendar. In our region a hotspot is Shrewsbury which hosts an annual celebration and even though it has had to move online this year, has still managed to have around 30 different events and a short film festival.

Having a month devoted to this subject not only helps teachers focus on the theme, it also provides an opportunity for the country to rectify mistakes of the past. This year, the British Government purposely chose February to announce that previously discharged LGBT service personnel will finally be allowed to request their service medals to be returned.

Each generation looks at history differently and we are seeing so much of our past reimagined to fall into line with today’s values. To the modern generation, it makes little difference if someone is out or not (unless they’re a male Premier League footballer). Hardly anyone noticed that the Queen’s cousin, Lord Ivar Mountbatten, got married to his husband in 2018. And let’s not forget that Sir Elton John and David Furnish got married in the very same registry office in Windsor as Prince Charles and Camilla. Knowing our past helps us understand what we might want to become as a society. Thankfully in the UK, some LGBT+ history is no longer as hidden as it has been, but that’s not true in so many other countries. Nowadays, an openly LGBT+ Prime Minister would raise very few eyebrows and if Hadrian were to build his wall today, he’d more than likely be accompanied by Antinous for the launch photos.

Unfortunately, even in the UK, not all sections of society are as open to age appropriate LGBT+ education. For example, in Birmingham we recently saw protesters wanting to stop the amazing work of No Outsiders where a barrage of disinformation was spread about the charity. Let’s hope those protests can be consigned to the history books.

February now acts as a beacon of understanding of the LGBT+ Community and its history, but the chill wind of the “anti-woke” brigade is never that far behind, especially with the government’s new stance on freedom of speech, but that breaking story is for another day and shows any advances we make as a society can be reversed.

Everyone has a duty to learn about history to understand how we can improve as a society and avoid repeating past mistakes. That’s what makes LGBT+ History Month so vital.

More information about LGBT+ History Month can be found at https://lgbtplushistorymonth.co.uk/