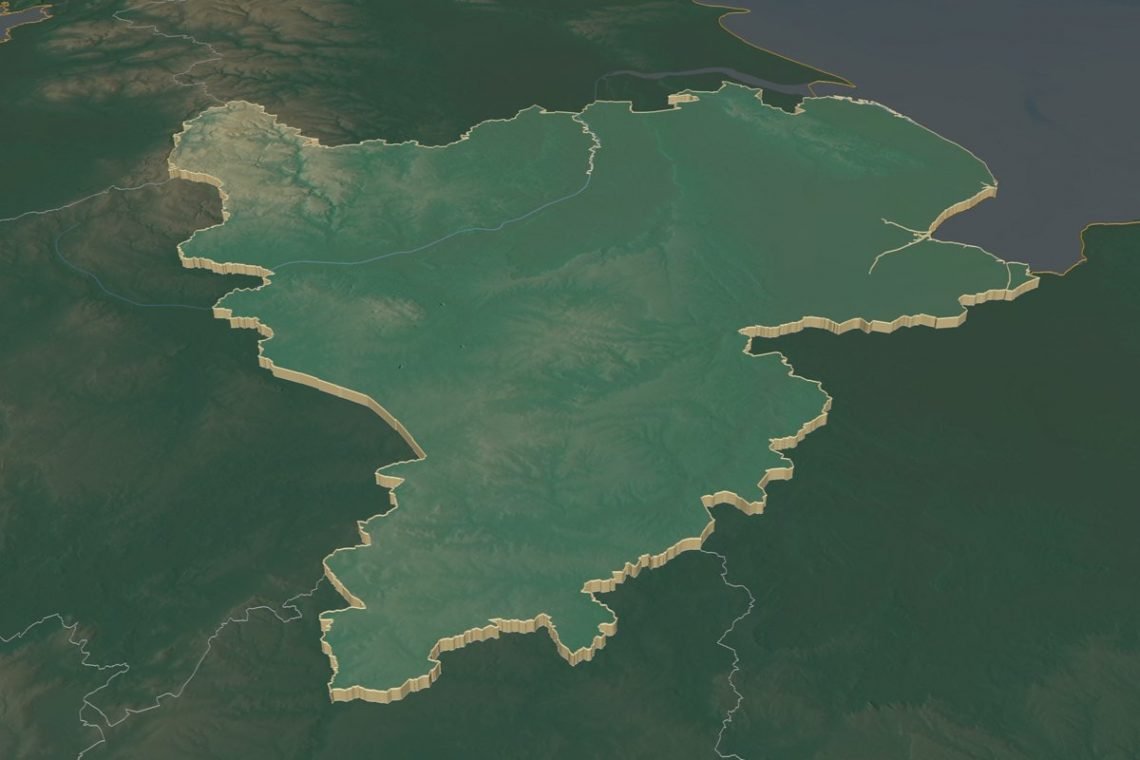 If you want to comment on an article or submit a response for publication please email: letters@centralbylines.co.uk (please note, we reserve the right to edit submissions, which should be no more than 300 words as well as to refuse publication. Names will be published unless you expressly ask us not to)

Write to the editor

I am disturbed by Government’s wish both to privatize Channel 4 and demote the BBC. Channel 4, founded by Mrs Thatcher, has actually been a great success. Publicly owned, funded by advertising, it costs the taxpayer nothing. It has always been very innovative, because its profits are ploughed back into new and experimental projects. And it runs courses to develop new talent for drama writing and directing: The participants get the opportunity to write for or direct short 30-minute films for Channel 4’s COMING UP series. And the skills developed are then available to other channels too. However, private companies’ prime purpose is necessarily to maximise profit for their shareholders, and this would be the fate of Channel 4, to our great loss.

The value of independent media to speak truth to power, whatever party is in power, is immeasurable. The first thing a would-be dictator does is reduce public access to independent media, as we have seen demonstrated by Victor Orban in Hungary and Vladimir Putin in Russia. It is unlikely that Putin would have been able to prosecute his deadly war in Ukraine if the wider Russian public understood what is actually going on there. While our Government’s approach may perhaps not be intended to go that way, it is a slippery slope and needs stopping.

Secondly, I think the proposal to send asylum-seekers to Rwanda certainly demonstrates the need for strong, independent media. I notice that the Government frequently makes statements which sound very progressive and helpful, but which in practice appear to be prevented by manipulating bureaucracy to prevent anything much happening. And we undertook to take Lord Dubb’s refugee children stranded in Calais, but then quietly dropped the idea, once we’d taken in just a few.

A recent radio news programme interviewed some constituents in Bolsover town, who were under the impression that it was a good idea to send asylum-seekers to Rwanda. Once the ‘penny’ dropped that it was Rwanda, notorious for its genocide, they changed their minds. I lived and worked in Africa for 16 years, though I’ve never been to Rwanda. But £120 million would seem an enormous amount there, and a great temptation. How much of it would actually reach the asylum-seekers seems doubtful. (Dealing with Covid in this country – such as the purchase of protective gear for medical workers – seems to have provided a similar temptation to our government here).

Most of all, though, shipping out desperate asylum-seekers (they must be desperate, or they wouldn’t risk such dangerous boat journeys in unseaworthy craft) totally denies our responsibilities under the Refugee Convention and is utterly disgraceful.

To conclude. I may be mixing issues here, but they are all interrelated. If we drift further towards media control and beyond, I’m prone to a nightmare where we ourselves may one day need to take advantage of the Refugee Convention. In the meantime, we should live up to our responsibilities as a country and give sanctuary to desperate people seeking our help. We should oppose the Government’s proposals in the Commons about disrupting Channel 4 and BBC on the one hand, and failing to help refugees, either by underhand means such as creative bureaucracy or shipping hapless people to Rwanda (or anywhere else) on the other.

What a great article by David Viner and Charlie Dickins about the missed opportunity by Birmingham and the Commonwealth Games organisers in not building a velodrome.

For the last 20 to 30 years the West Midlands and in particular Birmingham City Council have not invested in sport facilities for its residents. All too often the short-sighted option has been taken to close facilities without due consideration for the longer term health and wellbeing of the population in both physical and mental health. What better opportunity than a lasting legacy from the games next year and to start correcting the errors of the past 30 years.

Youngsters in particular enjoy taking part in sport but they can only do that if the facilities are provided for them, are local and easily accessible.

I have produced a short video to support the ‘Brexit Isn’t Working’ day of action on Saturday, and a supporting article.

I am writing not as a European Movement member – just someone who thinks that there is no limit to the damage that this government is doing and will continue do to our country and beyond. The prime minister’s stupidity and arrogance have given us oppressed citizens an unexpected opportunity.

We are taught that Parliament is sovereign and that MP’s run their own affairs. The government should have kept out of the business of the Commons Select Committee on Standards. It did not and most Conservative MP’s, including our local members, took the opportunity to show their apparently servility to the government. Sarah Dines (Derbyshire Dales), Pauline Latham (Mis-Derbyshire), Amanda Solloway (Derby North), Maggie Throup (Erewash) & Heather Wheeler (South Derbyshire) all toed the line.

Nigel Mills (Amber Valley) voted against and was even interviewed that evening saying how much he disagreed with the vote. Well done, I thought.

Owen Paterson’s result in North Shropshire in 2019 was:

I think that my own party have no chance of winning the by-election and I have communicated with my local fellow LibDems. It is, I believe, a chance to help demonstrate how the government is losing support.

In my opinion, if we just do our best as one of five or six competing parties the result, will be little different from that in 2019 and the matter will be forgotten as the government conjures up other matters to distract the electorate’s attention. What a waste that would be. In these unique circumstances I think that the best thing to do is for all enlightened people to put their efforts behind a Labour candidate and to start now. That candidate is pretty unlikely to win but, if it can be shown that the government is vulnerable, this will help us elsewhere. Another idea that I have heard is that Rory Stewart might stand as an independent – a Martin Bell for 2021. We need to show that an anti-Conservative vote is not a wasted vote.

The government has decided against the introduction of vaccine passports for the moment, on the grounds that they don’t like the idea of people having to show a piece of paper for everyday activities. Yet they persist with their deeply undemocratic Electoral Reform Bill which passed its second reading in the House of Commons last week.

This bill requires people to show a piece of paper for an everyday activity – we would have to show photo ID in order to vote. The government says this is to reduce voter fraud at the ballot box. In truth, there is almost no voter fraud (at the last general election there were only 6 cases out of 32 million votes cast) while 2 million people do not currently have any form of photo ID. The plan discriminates against older people, the less well off, the disabled and the homeless. All of whom are less likely to have such ID and who will become increasingly disenfranchised.

The bill also destroys the independence of the Electoral Commission. The organisation which is supposed to oversee free and fair elections in this country will come under the supervision of Michael Gove. Mr Gove will also get to decide which individuals or organisations are allowed to campaign or donate and which aren’t.

In short, the government is advertising the Electoral Reform Bill as a fix to a problem which doesn’t exist. What it would actually do is rig the electoral system heavily in the government’s favour. It’s little short of a heist.

Yesterday’s GCSE results highlight the resilience and determination of our country’s young people, who on average have missed 14 weeks of learning. At Nacro, our Further Education and Skills Centres teach some of the most disadvantaged 16–19-year-olds. Around 50% of our students started the pandemic without a digital device or Wi-Fi to study on. Yet today, despite coming to us without GCSEs in English and maths, they have gone to achieve great re-sit results, with an increase of high passes 4 and above. For them this is the golden ticket to a good job or further education.

This success has been a result of the hard work and determination of our learners, with support from our staff. But it has been bolstered by the use of the Government’s recovery tuition funding. Early analysis of our data shows that those who took part in the scheme achieved 15% higher pass rates compared to those who did not participate. We now need this funding boost to become permanent for those who need to fill gaps in learning or faced multiple barriers to education and skills. Well done to all those who are celebrating their achievements this week, in a year to remember.

Yours,
Lisa Capper MBE
Director of Skills and Education, Nacro

Subject: Will the Commonwealth Games be good for Birmingham?

Birmingham does not have an indoor velodrome and as a result the 2022 Birmingham Commonwealth Games track cycling events – one of the most popular events – will be held at the Lee Valley Velodrome in London.

Since the much loved Salford Park outdoor cycle track was demolished in the 1990s, the Second City does not even enjoy the use of a single banked outdoor track.

It is not only track cycling in the West Midlands which is missing out as anyone   who understands what incredible opportunities indoor velodromes provide for a range of indoor sports will tell you.

A number of times I have paid £10 to attend a 2 hour cycling coached drop-in session at the Geraint Thomas Velodrome, Newport,  95 miles from my home in the Black Country.

I have  witnessed young people taking part in up to five sports – including badminton, table tennis, judo, football, boxing  –  all going ahead whilst cyclists are riding on the track.

So no, Birmingham does not yet have ample sporting infrastructure and the 8600 + people who have signed the petition – Build a West Midlands Velodrome – agree.

From when I was nine we learned both imperial and metric at school. I believe that this blights children’s learning – often for the rest of their lives. From 1963 medicine converted fully from imperial and troy to metric: just in time for me. Otherwise people would be trying to calculate doses of drugs, for example 25 microgram a pound for a child of four pound six ounces. Fortunately this is obviated (though I have seen people trying to do this). In 1975 midwives were telling mothers (all familiar with metric) their babies’ weights in grams and this was all well understood. Since then I have noticed regrettable backsliding by midwives, I regret, showing poor professional standards. Science had double systems – but metric allows much easier calculations and use.

The other night on the press review two commentators who are normally well informed absolutely failed to grasp what is at stake. A seventy year old said, ‘I’ve never been at ease, for example, buying six ounces of meat’-proving my point.

We need writers, investigative reporters and local journalists, interviewers and podcasters, photographers, videographers and picture editors, illustrators and cartoonists, people to formulate FOI requests, people to sift through published data, people to gather and publish data of our own, sub-editors, editors, advisers and counsellors, buddies and translators …

Join us
No Result
View All Result