Carol Hedges scrutinises the government's nationality and borders bill by writing a letter to the home secretary about stripping rights.

by Carol Hedges
in Politics 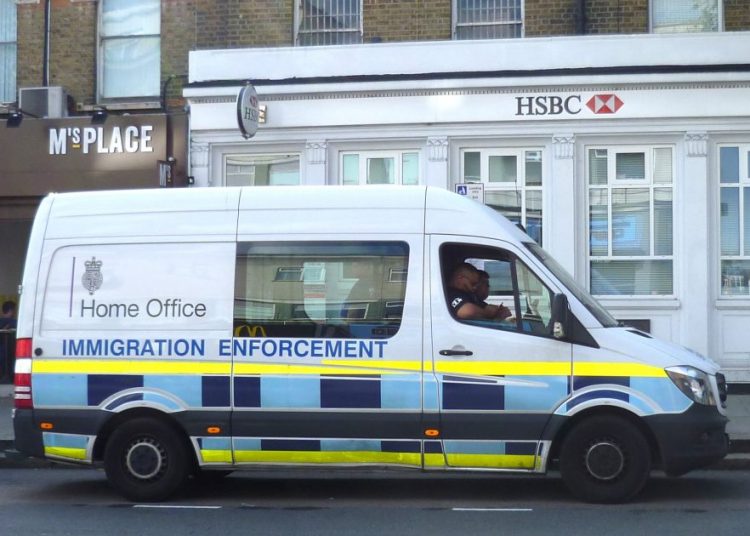 I realise that you are very busy right now processing applications from Hong Kong residents with British National ((overseas), or BNO)) status to whom you have given the right to come here while at the same time deporting asylum seekers, refugees and sundry Windrush people who have failed to meet your requirements to remain. I appreciate you have a lot on your desk. Nevertheless I hope you can advise me.

I have been studying your Nationality & Borders Bill, in particular Clause 9 which was inserted at the last minute after the Bill had been discussed in Parliament. From my studies I see that should you decide to withdraw my British citizenship, you no longer have to give me any notice if your decision is made in the interests of national security (9.(2) subsection 5A(b)) or otherwise in the public interest (9.(2) subsection 5A (c)(iii)).

I have to say that these terms seem rather vague and opaque, Home Secretary, and could quite possibly be open to various interpretations in the future by an even more right wing government. But onwards.

I know that from 2014 you have been able to remove citizenship from any individual as long as they could apply or are eligible for another nationality. This has always been problematic for Jews like me as we have the ability to claim Israeli citizenship. Now, you are also planning to evade judicial scrutiny for your decision not to tell me my citizenship has been stripped by removing my right of retrospective appeal.

Of course I am not for one moment accusing you of targeting any specific group, although your intention to offshore process refugees does somewhat mirror the 1940 Nazi plan to mass deport my people to Madagascar. And I’m sure it has not escaped your notice that both Reform Judaism and the Board of Deputies of British Jews have expressed concerns that this clause could deprive naturalised Jews who came here in the 1930s of protection.

Setting all this aside, as you appear to be doing with my human rights, here’s my problem: not only am I Jewish but I am also a dual national, as the German government has recently restored the citizenship Hitler and his National Socialists removed from my parents and grandparents.

My parents arrived here in the 1930s seeking a safe country to settle in. In time they became naturalised, but like all Jews who fled persecution down the centuries, they never felt completely accepted in their adopted country. I remember my mother advising me to make sure I had a suitcase packed and ready, because you couldn’t guarantee that some day they wouldn’t come for you.

So, given that any tinkering about with who has, or has not the right to live freely in a country always leads eventually to denying it to people like me, here is my question: should I pack clothes that will be suitable for Israel or for Germany? Perhaps you could drop me a line sometime, Home Secretary, and let me know.

Partygate: responses from around the Central Bylines region

Carol hedges is a writer, author of the Victorian Detectives series & the children's Spy Girl series. Her blog is carolhedges.blogspot.co.uk