Recent weeks have seen a flurry of bad news for those in Kent on how Brexit will affect the county: queues at the border and permits. 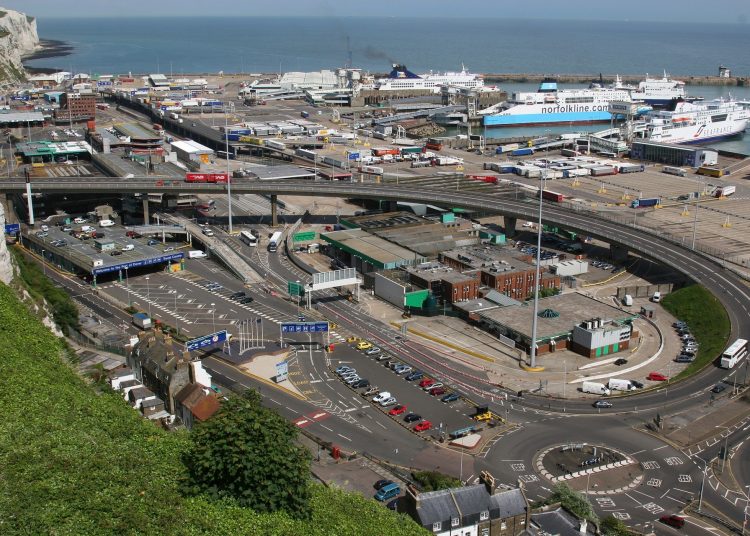 Recent weeks have seen a flurry of bad news for those in Kent on how Brexit will affect the county: queues at the border, permits for lorries to enter, hastily built lorry parks and rows of Portaloos. Predictable though this may all have been, Kent voted to leave the European Union (EU) during the 2016 referendum (59 percent Leave, versus 41 percent Remain). How can we make sense of this paradox of self-harm? And what lessons does it hold for the rest of the UK, as we prepare to totter over the Brexit precipice?

One of the more tragicomic moments of the Brexit negotiations was Dominic Raab saying he hadn’t ‘quite understood’ how reliant UK trade is on the Dover-Calais crossing. Bizarre though these comments are, I can relate to them. Unless you have travelled down to Dover and Folkestone and looked out from the White Cliffs above the port or stood on the rolling hills above the Channel Tunnel, it is difficult to understand the incredible volume of trade that passes through the area. It is even more difficult to comprehend just how few resources there are to keep things moving smoothly. For instance, understaffing of Border Force operations at the Port is widely recognised. The port area operates magnificently, but it does so on a shoestring and ‘just about’ works.

The problem with something that ‘just about’ works is at the slightest glitch, the problems mount up. Stormy seas, a power cut in the Channel Tunnel or a strike in France and the lorries are soon backed up. This gives rise to the infamous Operation Stack in which miles of the M20 motorway become car parks. The obvious thing to appreciate about Operation Stack is that it has very real consequences for anyone living in East Kent. As someone who lived in Dover for over ten years, I have experienced all too often the chaos and disruption it creates. Travel becomes different, businesses are disrupted, and police resources are stretched to the limit.

The chaos of Operation Stack predates Brexit but it was surely a factor in Kent voting so overwhelmingly for Brexit. Repeated governments promised to invest money and resource into Kent to fix the problems of the Dover route and yet nothing happened. There is also a sense of injustice for many residents in that they get no share of the benefits from living in a world dominated by ‘lorries passing through’ to other corners of the UK. These frustrations lead to an understandable sense of ‘something has to change’. And for many, voting for Brexit was that cry for change.

If Brexit was a cry for change then it is clear that change has not happened, or at least, the only change is decidedly for the worse. Over the summer it was amazing to see how little work was being done at the port. The only tangible preparations are those designed to help stack up lorries and even these seem woefully inadequate. For context, the new lorry park being hastily built in Ashford will hold just 2,000 lorries. This compares to the 4,600-5,700 spaces possible with Operation Stack, and the 10,000 lorries that pass through the port on peak days. Residents of east Kent have already endured many iterations of the new Operation Brock and it is hard to see this as a viable solution. Prolonged disruption to the flow of trade therefore appears to be inevitable when the transition period ends.

I sense in Kent a growing resignation of how bad Brexit is going to be. Brexit is a topic of conversation and people are worried about what is to follow. After all, in a town such as Dover where most of the cars are left hand drive and your mobile phone provider regularly pings messages of ‘Welcome to France’, it is hard to forget how close we are to the EU. In the Midlands, by contrast, Brexit seems much further away. Maybe people assume ‘it is already over’ or are ‘just tired of the arguments’. Unfortunately, the resignation of Kent and apathy of the Midlands gives free reign to the government to continue its dangerous path towards ‘no deal’.

So, what does Kent tell us about Brexit? One of the great tragedies of Brexit is the complete unwillingness of the government to grapple with the issues that led millions of people to vote to leave the EU. Voters in Kent had justifiable reasons to want change, and to want a more level playing field. The same could be said about voters in the Midlands and across the UK. Yet the current Brexit trajectory will only make things worse. In Kent some of those trade-offs are obvious – people wanted solutions for the port route and have got a bigger headache. The trade-offs in other areas are less straightforward but no less relevant. Brexit will increase poverty, increase regional disparities and lower employment and wages.

To add context to these downsides, consider the National Institute of Economic and Social Research forecasts on the regional effects of Brexit. They predict that Kent will be hard hit from a no deal Brexit with a 5.8 per cent drop in GDP relative to staying in the EU. Only North East Scotland fares worse. Kent will suffer disproportionally because of its close trading links with the EU, its reliance on EU workers and the disruption to the transport network. While Kent is predicted to be hard hit by Brexit, it is notable that the effect is only marginally worse than other areas of the UK. Indeed, Leicestershire, Rutland and Northamptonshire as well as Derbyshire and Nottinghamshire are predicted to see a 5.2 per cent reduction to GDP and the West Midlands a 5.1 per cent hit.

Given that the Covid-19 pandemic led to a 20 per cent decline in output earlier this year, some might argue that a five per cent fall in GDP is nothing to fear. But as a recent report from LSE highlights, this is to misinterpret the numbers. The Covid-19 pandemic is a one-off shock to the economy from which we can recover. Yes, it is leading to redundancies, business closures and a host of economic ills but ultimately, even if it takes ten years or more, the economy can recover. Brexit, by contrast, is permanent. It is going to lead to less trade, lower investment and lower employment (relative to staying in the EU) year after year after year. The long run cost of the Covid-19 pandemic is estimated at 2.1 per cent of GDP, compared to the more than five per cent hit from a no deal Brexit.

Lorry parks strike a chord because in this polarised Brexit debate people want an ‘I told you so’ moment. Chaos at Dover fits that bill. We should not, however, lose sight of the fact that Brexit, particularly a no deal Brexit, will have effects right across the country for years and decades to follow. Just as we gained year on year from participation in the single market and customs union, we will lose year after year from leaving it.