Amy Vivian Coney Barrett was recently elected to the US Supreme Court who opposes the Affordable Care Act and abortion. 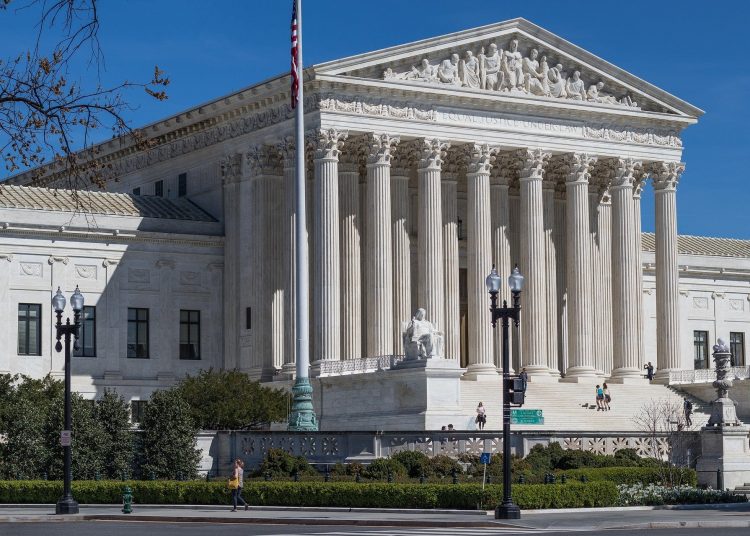 Image by Mark Thomas from Pixabay

Late Monday, Amy Vivian Coney Barrett was confirmed by the United States (US) Senate to fill the vacant seat on the US supreme court, succeeding the internationally lauded Ruth Bader Ginsburg who died in September.

The Democrats held a Senate floor sit-in to protest Barrett’s nomination, but they don’t have the numbers to prevent her appointment. The Republicans hold 53 of the 100 seats until next month’s elections.

Members of the supreme court are appointed for life (Barrett is 48 years old) and they are the final arbitrator in matters of law in the US. This means Donald Trump’s influence is going to last long after he leaves the White House.

Barrett is popular with the Christian and conservative right and she is a devout Catholic. She is considered to be one of the more right-wing circuit judges on civil rights issues and has sided with police and prison guards accused of using excessive force. She has opposed aspects, if not the entirety, of the Affordable Care Act and reportedly opposes abortion.

Barrett’s appointment is controversial. It is the custom in the United States that the President does not make appointments to the supreme court in an election year. President Barack Obama was obliged to observe this convention some eight months before the 2016 election. He nominated Merrick Garland in March only to have any appointment declared null and void by the Republican Senate Majority Leader, Mitch McConnell, who insisted the next justice should be chosen by the next president. Trump nominated Neil Gorsuch the following January.

President Trump’s administration does not follow conventions. Barrett will be sworn in just eight days before the election. It is his third nomination, an unusually high number, and it takes the Republican-Democrat balance on the court bench to six-three.

So, while most of the polls are now predicting a comfortable win for the Democratic Biden-Harris ticket, the supreme court could work against the will of the US electorate and throw any number of spokes into the Democrat legislative programme. Not least, should the outcome of the presidential elections prove controversial in any respect, the supreme court could delay Biden’s entry into the Oval Office. And Mr and Mrs Donald J Trump could continue to live at 1600 Pennsylvania Avenue for some time to come.

Older readers will remember the ‘hanging chad’ challenge in Florida that determined George W Bush’s success over Al Gore in 2000. The supreme court settled the disputed recount several weeks after the election, and Florida’s contested votes were assigned to Bush giving him the necessary 271 Electoral College votes to win. Gore got 266.

The BBC News website has a ‘really simple guide’ to the US election. But, just maybe, we ain’t seen nothing yet!