Despite the Big Bash League, the razzamatazz of the Indian Premier League, cricket remains the quintessential game of the English summer. 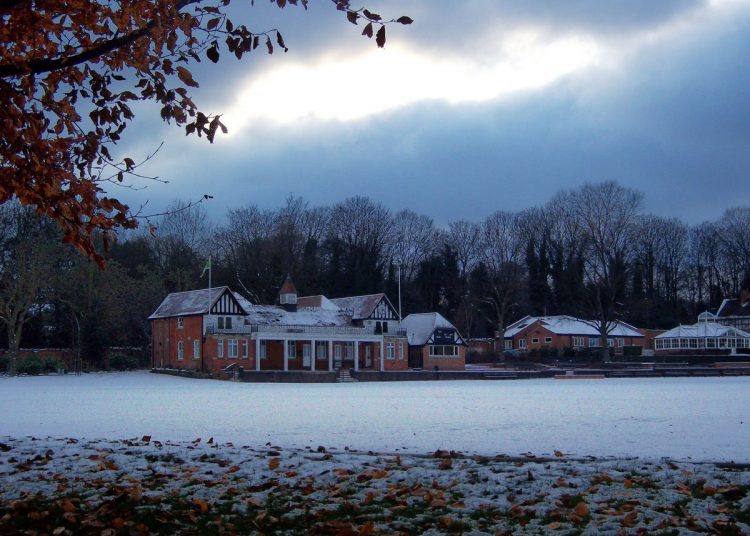 Image by It's no game - Queen's Park Chesterfield - Some rights reserved

Today is 4th May, we are deep into spring. This year’s county cricket season is three weeks’ old and Derbyshire is already languishing at the bottom of their group. Despite Covid-19, despite the Big Bash League, despite the razzamatazz of the Indian Premier League*, cricket remains the quintessential game of the English summer. The gentle thwock of leather on willow, Panama hats shading quiet faces, home made egg sandwiches and endless mugs of tea from stout silver geysers at 4 o’clock.

As I write, hail stones rattle at the window while the howling wind snatches our new baby birds from the sky. But then, this is Buxton. More than that, this is Harpur Hill. Even within Buxton, Harpur Hill on the south side of the town is notorious for its climate. The snow line generally lies half way down the hill from my house into town.

I’ve lived here for twenty years. The weather is decisive. Many decide, quickly, that they hate it and they leave. Some, like me, revel in its force and infinite variety, even in its bleakness. We stay.

It is perhaps not surprising that in Buxton, cricket and climate occasionally collide.

The most famous occasion was almost exactly 46 years ago on June 2, 1975. On that Monday, a county championship match between Derbyshire and Lancashire was already half done. That fact is extraordinary enough. Today, it’s hard to imagine the titans of Old Trafford schlepping along the A6 to a small circular ground near Buxton town centre. When I read that Clive Lloyd scored a century for Lancashire on the Saturday and that one of the umpires was Dickie Bird, my mind begins to boggle.

On the Monday morning, rain greeted the teams as they arrived to be overtaken rapidly by hail and finally snow.

Bird was unimpressed. “When I went out to inspect the wicket, the snow was level with the top of my boots. I’d never seen anything like it.”

All thoughts of cricket were abandoned. England and Derbyshire wicket-keeper, Bob Taylor, wandered into the adjacent crown green bowling club with a couple of team mates. But even that didn’t work. As soon as the bowls were thrown, they ploughed a furrow in the snow and ground to a halt.

The teams tried again on the Tuesday. This time, Dickie Bird judged the conditions to be suitable and announced that play could begin on time. “It were a lovely day,” he recalled. Derbyshire (chasing Lancashire’s first innings total of 477) was less than convinced. The pitch might have looked all right but frozen tundra lurked beneath a damp top layer. The ball became totally unpredictable and Lancashire destroyed the home side, dismissing them for 42 runs in the first innings and 87 in the second. The match was done and dusted by half past three.

That was to be the last snow of that summer, even in Buxton. A week later, the Daily Mail sent a reporter to the town to find that the temperature had soared from 2 to 24 degrees Celsius, with spectators stripped to the waist and basking in the sunshine.

*Our thoughts are with the IPL. Today the league has been suspended as several players test positive for Covid-19 and the pandemic rages out of control in India.