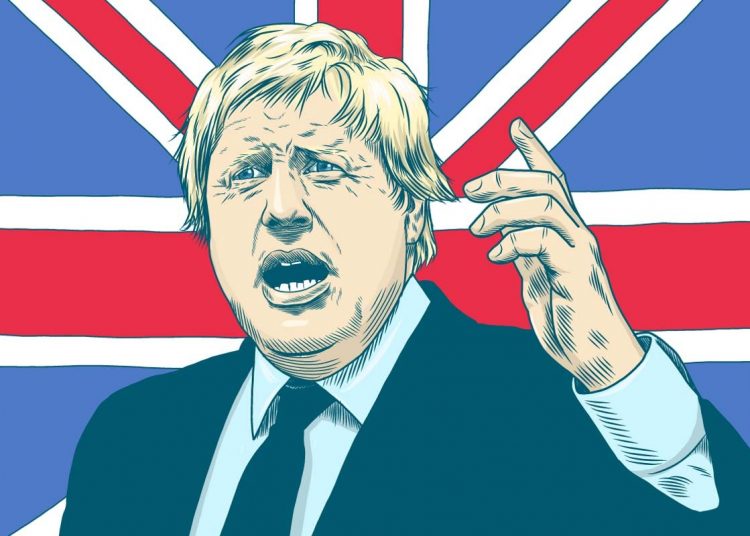 As Boris Johnson’s government continues its shambolic sprint towards some very dark places indeed, we scratch around for the right word to describe it. “Populist” seems to have fallen out of favour; after all, Johnson is no longer popular. “Dictatorship” looks ever more justifiable, as Johnson dismantles the apparatus of opposition and dissent, but rings somehow hollow in the absence of a political secret police. “Autocracy” has none of the psychological resonance required to accurately describe the threat Johnson poses. It is a technical term, not an emotional one; it’s a tannoy announcement on a train station platform, not a siren wailing in a burning house.

How about “fascist,” then? In many ways, this word is wholly inappropriate. Johnson does not obsess over state violence, or mass mobilisation of the populace. Although his administration makes moronic assumptions about individual failings being the driver of food bank use, it does not seek to fundamentally re-make the individual into a super-man.

Still, while we apply a kind of philosophical VAR to determine whether Johnson is a fascist, it’s worth pointing out – the fascists themselves are comfortable claiming him.

Earlier this month, the co-founder of neo-Nazi terrorist group National Action approvingly cited the Conservative government’s Rwanda plan when talking about his own desire for non-white Britons to be forcibly deported. Alex Davies, a 27-year old extremist currently on trial for membership of a proscribed organisation, has made frequent references to the Rwanda scheme as an example of how the British state might support efforts to enforce racial purity.

An actual, bona fide national socialist, Davies and his group favour creation of a white Britain through ‘repatriation.’ Davies has stated during his trial that should National Action ever secure power, Jewish people would be deported to Israel even if their ancestors had lived in Britain for 1,000 years. When asked by prosecutors how such a deportation scheme would work, Davies replied “it would be compulsory, I imagine… it would be run along the lines of the current Conversative government and their sending asylum seekers to Rwanda.”

Davies is no mere anonymous Twitter troll. He is founder of at least one neo-Nazi action group, members of which have previously been discovered stockpiling knives, guns and bomb manuals. At trial, Winchester Crown Court has also been shown video footage of Davies meeting other former National Action members in a forest for the purpose of combat training.

Davies’ views are nothing new in Britain, of course. Like a cold sore, neo-Nazism is a virus that never leaves the body politic entirely. For decades, far-right thugs have parroted this nonsense as they drag their burst and bigoted knuckles through Britain’s streets. The name may change – National Front, National Action, BNP – but the ‘send them back’ hatred remains the same.

What is new, however, is the existence of a British government whose flagship policies are lifted so overtly from neo-Nazi wish lists. Johnson’s government may not be intrinsically fascist – it’s doubtful that Johnson holds any strong beliefs other than in his own exemption from obligations – but that is immaterial. For any politician, to have your policy agenda applauded by Nazis should be an immediate and enduring source of shame, ideally coupled with resignation from public life.

This government, however, is happy to take plaudits from fascists. Perhaps this isn’t surprising. His government is, with varying degrees of progress; criminalising protest, engaging in voter suppression, attacking media outlets that scrutinise it, taking donations from foreign dictatorships, shutting down scrutiny from the legislature, breaking the law domestically and internationally, attacking the judiciary, dismantling human rights protections, and allowing itself to strip Brits of their citizenship.

The rest of us may console ourselves that Boris Johnson isn’t a fascist at heart, but given that fascists like Alex Davies are happy to cheerlead for him, we should stop pretending it matters whether his heart is really in it.