Boris Johnson and his cabinet use lies to disguise their primary purpose. Which is not to govern but to maintain their own power and privileges. 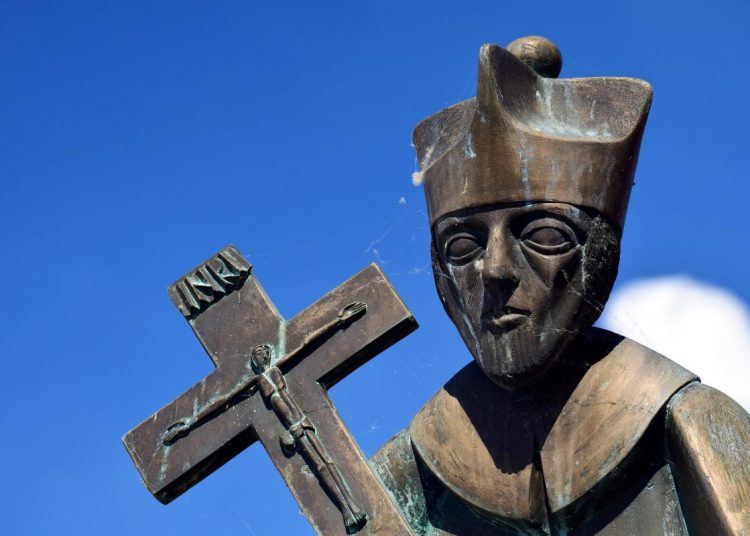 Image by Ulrike Leone from Pixabay

Where once the Church of England was viewed as ‘the Conservative party at prayer’, times have changed in recent years. Yes, Tory voters may still be over-represented among its congregations, but it’s now possible to see elected Tory leaders actively picking fights with Bishops.

The cleric and the councillor

In Worcester towards the end of May, the leader of the Tory group at the city council felt compelled to admonish the bishop of Worcester on Twitter for passing comment on a drop in standards in public life.

The bishop’s alleged infraction was to tweet this quote from The Spectator:

In response, councillor Marc Bayliss, a man immortalised on television during coverage of the recent local elections for storming out of the count before a single vote had actually been counted, invited the Bishop to tweet from a ‘private Twitter account rather than [an] official one’ or to stay out of ‘party political’ matters.

Regular followers will recognise that the Bishop himself is studiously non party-political but, as a clergyman, can always be relied upon to comment on questions of decency and integrity. We can debate the relevance of the church’s role in secular politics more generally, but the fact remains, the most basic duty of the clergy is to champion the kind of values espoused by Christ.

Herein lies the rub; in the Johnson era, fundamental values such as decency and honesty have now become party-political. These should not offend anyone’s political sensibilities; they are the core values that we teach our children. Through the moral-of-the-story narratives of early years cartoons, to the cajoling of teachers and the very idioms in our everyday speech (‘honesty is the best policy’, ‘the truth will set you free’), we ensure that children cannot reach adulthood without understanding the importance of honesty. To bond together any human society, however small, we rely upon each other to adhere to at least a basic standard of truth. Honesty, alongside decency and integrity, is thus a value that transcends religion, culture or politics.

Under Johnson, however, honesty has been cheapened. To him, it is the tool of the curmudgeon; it’s a puritanical device for which he has no use, and which serves merely to make him look bad. In this ongoing act of ethical sabotage, he is aided and abetted by a cabinet of sycophantic sandbags, who take to the airwaves to absorb daily barrages of scrutinous punishment from broadcasters. Each day, they parrot the preposterous on his behalf, giving cover to the idea that honesty only matters to a certain group of people, rather than to all of us. In a political world where one side abandons honesty and integrity, their opponents’ continued adherence to these values itself becomes an implicit attack. The liars indignantly ask the rest of us why we refuse to move on from their lies.

We refuse to move on because we understand, on a primal level, what the quantity and frequency of Johnsonian lies tells us about his government.

Here is where lies have truly become party political. Johnson’s administration is not a government in the true sense of the word; its primary purpose is not to govern. The primary purpose of Boris Johnson’s government is to maintain the power and privileges enjoyed by Boris Johnson. His cabinet of mediocrities has been selected to secure this, and his policy platform – threadbare as it is – is formulated to achieve it. This is not a government led by a prime minister, it is a troll farm run by a school bully.

That is the fundamental truth which all this government’s lies are generated to disguise. If Johnson was a competent and effective leader, lies would be redundant; he is not, so they are produced on an industrial scale.

If calling out lies has become a party political act, it is only because one party has abandoned the truth.