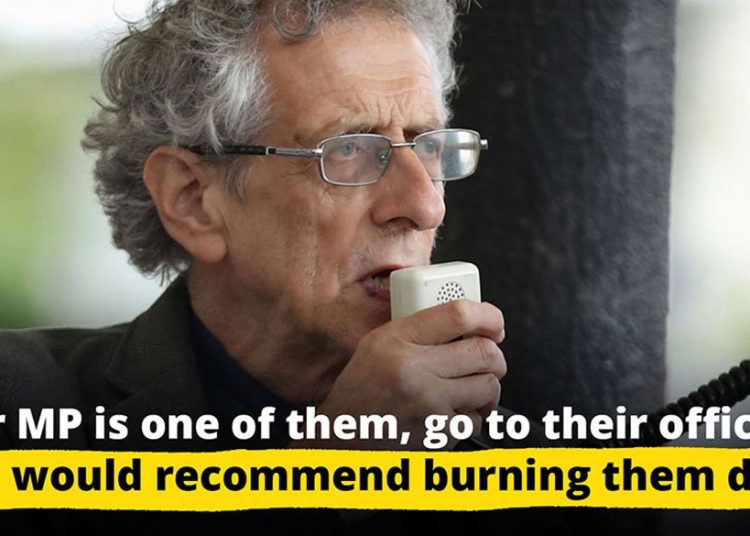 Instead of a respectful march like that we saw with the Anti-Brexit movement, scuffles break out with Police, causing some officers minor injuries. The same groups that were often spotted causing issues outside parliament during the Brexit debacle can be seen marching alongside, waving England flags, drinking beer and chanting “scum” at the Met.

For them this is a publicity opportunity. Phones out, live-streaming the protests on social media in the hope they attract more clicks, likes and followers. The end goal is often far out of sight and interviews reflect that. One protestor mistakenly said in an interview: “I don’t want to wake up to some kind of utopia”. I struggle for words.

Standing outside Downing Street, Piers Corbyn was filmed saying: “We have to take down these lying vaccinators, and we’ve got to take down these lying MP’s. We’ve got to hammer to death those scum who have decided to go ahead with introducing new fascism. We’ve got to get a list of them, we can get a list of them on websites, and if your MP is one of them, go to their offices and, well, I would recommend burning them down.”

In the last 5 years two MP’s have been murdered in sickening attacks for daring to have a different view to others. Jo Cox in 2016 and Sir David Amess earlier this year. It is ultimately fundamentalism that drives outrageous acts like this, and Piers has a responsibility as a public figure to act responsibly. If he cannot, he must be held accountable and face the consequences. You don’t just get a free pass because you’re pissed off with the system, or the rules.

Irresponsible and frankly dangerous language like this could certainly lead to violent action being taken, and it is absolutely reasonable to assume, given his notoriety within anti-lockdown circles, this message has reached a significant part of that audience. The video of his unhinged speech has over 1M views on twitter already.

Corbyn does have form though. He was arrested for leaflets comparing the UK’s Covid-19 vaccine rollout to Auschwitz. He was then arrested on suspicion of malicious communications and public nuisance. The letters were published online and later posted through letterboxes in Southwark. He was also, unsurprisingly, one of several arrested in May 2020 at an anti-lockdown rally in London.

It’s important that individual cases like this are dealt with quickly and with the full force of the law. They must make an example made out of him. His speech breached the law set out in Part 2 of the Serious Crime Act 2007, which covers encouragement of violence. He may also be guilty under the Public Order Act 1986 of similar offences.

As the Met is now investigating, and has Piers under arrest, it would be difficult to see any outcome other than a criminal charge and prompt conviction. They must throw the book at him and show others in his group that this cannot and must not be allowed to continue without repercussions.

The Metropolitan Police is going through a PR nightmare at the moment with accusations of rampant institutional racism, a complete mismanagement of the Sarah Everard protest and a refusal to investigate Covid lockdown breaches by the government and staff. Let’s hope they get their act together and take Corbyn to court. The last thing they need right now is another mistake.

Discourse like that from the likes of Corbyn and his misinformation brigade poisons our politics and truly harms our ability to combat Covid-19 effectively. The misinformation runs deep through society though.

Social media has more to do

Since Facebook and other social media outlets became a major source of political and medical misinformation, the Q-anon, Brexit loyalist, Trump supporting types have been able to spread their whacky conspiratorial claptrap and spurious scientific and medical claims to people who previously would have rejected such nonsense.

Social Media companies have made some effort to combat the spread of this misinformation, but it’s often not enough. Corbyn has been free to spew his nonsense all over social media, and others are free to share it widely. If we are to extinguish this fake news wildfire effectively, we need to apply more pressure on Facebook and its social media counterparts, and strong-arm them into acting, because Covid conspiracies are out of control and support for them grows.

If you are one of those who is denying evidence and data from our scientists, virologists and epidemiologists, ask yourself this: What have they got to gain from lying to you? Why would they spend their lives combatting health crises, just to throw their entire life’s work away during one pandemic?

The answer is they haven’t. The science is clear, the data is growing, and the certainty behind the decisions is becoming more assertive and concrete. Odd scientists here and there, many discredited for spreading misinformation, don’t trump scientific consensus. Just because one person disagrees, doesn’t automatically mean what they’re opposing isn’t true.

It’s time to be strong on this misinformation clan, and people like Piers Corbyn who are a danger to society. Don’t waver, the pandemic is not going anywhere for now, and we need to make sure we get the facts out to people. It will ultimately save lives.

Exactly what does “Next” mean for E.on?

Exactly what does “Next” mean for E.on?