An exhibition was held in 1983, in what was then West Germany, marking the ascension to power of the Nazis fifty years earlier. 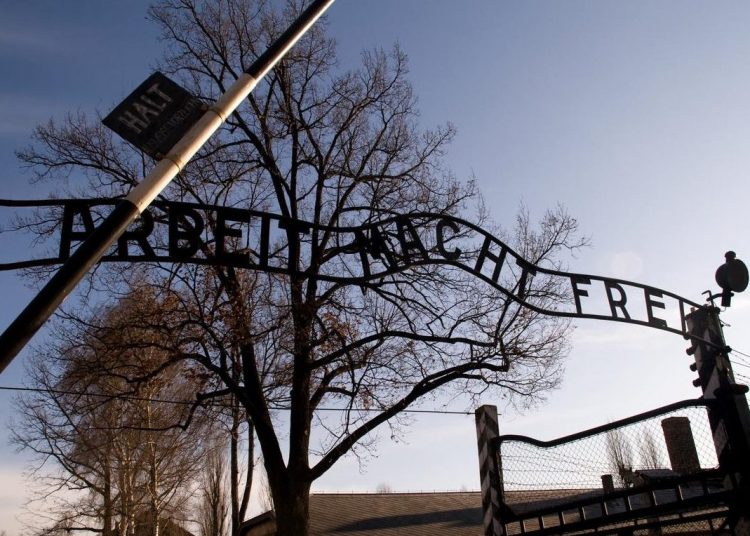 An exhibition was held in 1983, in what was then West Germany, marking the ascension to power of the Nazis fifty years earlier; and I remember one of the event’s organisers being interviewed on television. He was asked why the exhibition was being staged, when so many modern Germans would rather leave their dark past behind them and look forward towards a brighter future?

If I live to be 1000, I will never forget what the young man said: He said that there is a tendency among modern day Germans, particularly the younger generation, to believe that what happened at that time was destiny, that it was fate, and that it would have somehow happened anyway. The young man then said he thought it was important to make clear to people that it wasn’t destiny, it wasn’t fate, it was made by men, and it could have been prevented by men.

His last sentence has haunted me ever since… “It was made by men, and it could have been prevented by men.”

He was destined to become the leader of what Winston Churchill described as: “a monstrous tyranny, never surpassed in the dark and lamentable catalogue of human crime“. In 1919 he joined a tiny group in München calling itself the ‘German Workers’ Party’. Fourteen years later he had led that group to power over his country, and in less than a quarter of a century they would stand on the verge of global domination. Before their heinous evil was finally put down, fifty-five million human beings had died in the most catastrophic conflict in the history of humanity. Sixty-one nations had taken up arms against each other. And our species had descended to levels of atrocity which seem almost unimaginable to this day.

I have always loved history; and no period has ever fascinated me more, or presented me more questions, than the rise and fall of Hitler’s Third Reich.

How did it happen? How did a beautiful, enlightened and cultured nation like Germany fall into the grip of these people and the terrible things they stood for? There are of course, manifold and complex reasons; and historians will probably never find a consensus. The injustice of Versailles, the collapse of the economy and the great inflation, the impotence of the Weimer Republic, the Wall Street Crash and the Great Depression all provided fertile ground for the rise of extremism on both right and left. And with it came the belief that: “Ein starker Mann muss kommen” (“A strong man must come”), who would lead Germany out of chaos, to give the Fatherland strength and pride again.

Into that vacuum stepped the Austrian Corporal, a brilliant orator, who appeared to be that man. Some have even suggested that Hitler’s charisma, the sheer force of his personality, drew others to him and drove the Nazis to power.

But the reality is far more alarming. Hitler was allowed to come to power by people who helped him, and perhaps more significantly, by people who failed to stop him.

When the Second World War ended, Mankind stood aghast at the evil which had been wrought upon them by the Nazis and declared with one voice: “Never Again”. But it can happen again…

In the documentary The Nazis – A Warning From History, the Narrator says: “Hitler had said that when he died, he would leave a great and strong Germany behind him. Instead he gave the World a very different legacy: new knowledge of what human beings are capable of”. There are some in the World who still celebrate the birthday of their ‘Führer’. They are crackpots. More worrying is that the insidious instincts in human beings which made it possible for Fascism to rise in the 20th Century are alive and well and resurgent in the 21st.

Just over an hour before writing this, I watched the conviction of a man in the United States who had been charged to protect his country’s citizens, for killing one of those citizens… A black man. But in the same newscast I watched ordinary people, Fans of Football, rise up en-masse to defeat a move by greedy, rich, club owners to destroy their sport in pursuit of even more wealth. Power To The People indeed. And therein lies my point; because you see, in the final analysis no Dictator ever ruled, no Warlord ever swept across continents, no corrupt Politician ever held office, and no Football Club owner ever ripped off the Fans without other people allowing it to happen.

So on this dark anniversary, I again ask you reading this to please think long and hard about the role you play in our politics, sport, arts and our national life. Think about the future you want for your children and your grandchildren. Ask yourself if the people for whom you vote and spend your money with truly represent that vision.

It will be made by men…

Editor’s note: Readers who want to research these events in more detail may be interested in Paddy Ashdown’s Nein!: Standing up to Hitler 1935-1944