Is China the enemy? 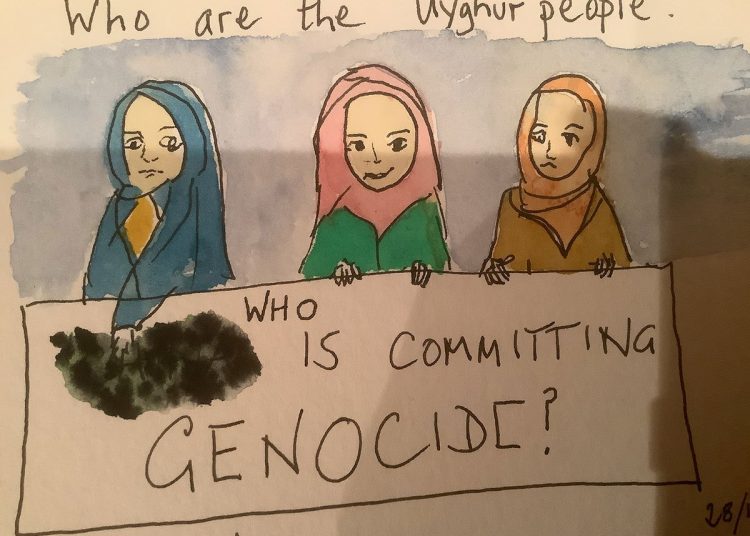 Is China the enemy - image by Ann Holland

In the sixties after our 11 plus exam, our form teacher Mr Coleman told us about the threat from China. He told good stories and said our lives would be changed. A few years later we were sent from our Convent School to the Liverpool Philharmonic Hall. We were about 16 and watched a film which terrified us, with dead bodies, nuclear bombs destroying the nation. That fear was the USSR. Despite many years on we are still alive and hope that the next generation too.

China now has incredibly advanced technology with nuclear capable hypersonic missiles that circle the earth and speed at 5 times the speed of sound to the target. US disarmament ambassador Robert Wood said ”We just don’t know how we can defend against that type of technology, neither does China or Russia.”

More horrifying is the terrible way the Uighur genocide is continuing. 12 million people in internment camps, hanging tortured adults and children until they ‘confess’.So many countries dare not sign a sanction as China continues with its global surveillance. China is pretending the Uighur no longer exist. Those left are picking cotton then sent to satellite sites to create the cotton clothes across the world ( I stopped buying dresses a few years ago as they were all made in China).

The Labour Party is campaigning about the lack of Human Rights as the Tory Government is not interested. Due diligence is ignored.

The lives of these gentle Moslem people, who lived in North West China for centuries, are torn apart.

Many of us have connections with China. My school for many years brought forty Chinese pupils into the Cotswolds for three month visits. But most Chinese and Britons are oblivious to what is happening to the Uighur people. There must be action before there are no Uighurs left.