Jayson Winters interviews Jennifer Plummer, a green activist who travelled to COP26 to volunteer in the Green Zone.

by Jayson Winters
in Politics, World 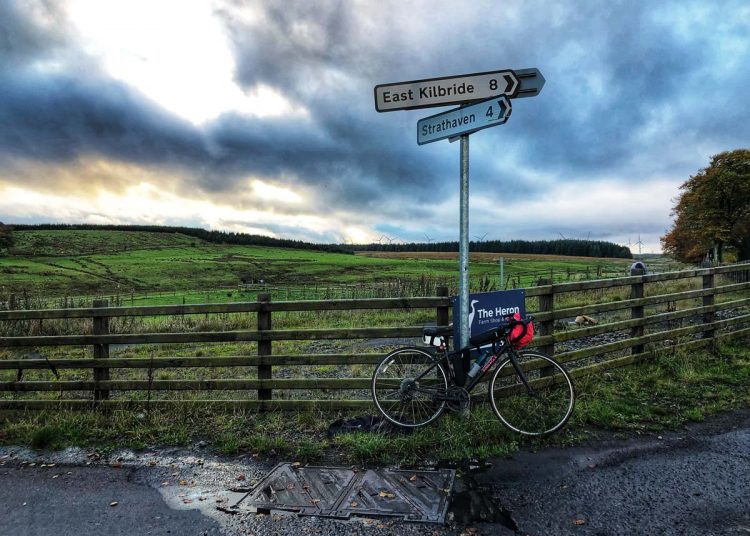 About 16 miles from Glasgow. All images Jen Plummer - except where indicated.

Jayson Winters (JW) interviews Jennifer Plummer (JP), a green activist who travelled to COP26 to volunteer in the Green Zone.

JW: What involvement / interest have you had in previous COP events?

JP: I was interested in attending the Copenhagen COP15 in 2009, to make a noise on the streets. I can’t quite recall why it didn’t happen, so my first COP experience has been at COP26 this November.

JW: What motivated you to ride to COP26?

JP: I cycled up to Glasgow from London as part of the ‘Ride the Change to COP26’ group – about 115 cyclists in total. I first dreamed of cycling to COP26 two years ago when I first heard that the UN climate change conference was going to be hosted in the UK. I really love cycling, I thought that it would be a good physical challenge and a great way to raise awareness of these important negotiations amongst my own networks.

Taking part in the ride was quite a sacrifice for me in terms of organising childcare, cost to participate and using my annual leave to take part. I’ve only ever completed one long distance bike ride in 2014 so I purchased a second hand road bike with 1 month to go. It was a real face your fear moment as I said goodbye to my daughter and set off with my one bag allowance.

Cycling from home to Glasgow (about 437 miles) was a way to demonstrate that I’m willing to give up my money and time for this cause. It’s helped me to shine a spotlight on a conference that is making decisions now that have huge repercussions on the state of our planet in decades to come.

JW: What were the high and low points of your journey?

JP: There were 7 cycling days altogether and I had a word for the day for each one. The low point would be the ‘brutal’ day when it rained non-stop and everything was tested, waterproofs included. I couldn’t even stop at the ‘welcome to Scotland’ sign for a photo I was so soggy. I noticed as I arrived at the final checkpoint just as it was getting dark (about 6pm after setting out at 8:30am) that several others had also found this day particularly challenging both mentally and physically.

In contrast, the next day (the suitably self-titled ‘glorious’ day) was the final full day of cycling. During the 76-mile spin, I was able to lift my head up to enjoy the stunning scenery which included rolling hills, windmills and a rainbow. Journeying with so many other like-minded people and getting a chance to hear about the different environmental initiatives they were involved in as we pedalled was inspirational. There was a real sense of community that formed along the way, with groups stopping to support anyone with a puncture or other problems that arose.

Another high point was my home stay experience just 10 miles from Glasgow in East Kilbride. The hotels were eye wateringly expensive but thankfully Stop Climate Chaos Scotland and the COP26 Coalition had set up a brilliant homestay network. I stayed with a wonderful couple called Karen and John who even came to collect wobbly me from the community centre! We had a wonderful dinner together including home-pressed  apple juice from their garden. They were also hosting a representative from Senegal and it was fascinating  to learn about the COP negotiations from a seasoned inside participant. Karen and John’s kindness and generosity for  a complete stranger was truly humbling. A shout out to Kate and Sandy too, two wonderful humans doing the same ride unofficially with all their luggage in tow. They basically rescued me on the ‘epic’ 89-miles day when I was pedalling the wrong way a few hours before dark after I had said goodbye to my group at the steeper elevations.

JW: How was the green zone experience?

JP: For the first 9 Days of COP26, I worked mostly from the Green Zone, which was open to the public. I don’t feel like I got the full Green Zone experience as I was too busy working to attend even one of the multiple seminars or film screenings. Admittedly many of the events had to be pre-booked and I had been preoccupied with the bike ride and getting to COP26 safely. I did represent my charity, A Rocha UK on our exhibition stall that we had mid-way through the conference. This was a very good opportunity to connect with our supporters as well as people that had never heard of A Rocha UK and our work before. 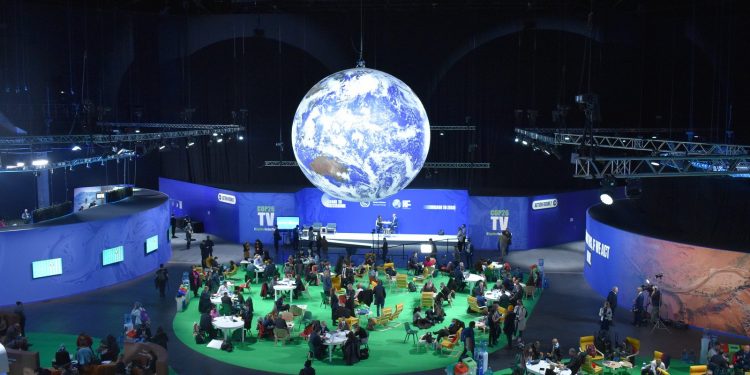 JW: How connected did you feel to what was going on?

JP: At the time I didn’t feel hugely connected to what was going on in the negotiation rooms as I was busy recording daily videos for our supporters (as A Rocha UK’s Communications Officer) and supporting my colleagues in the Blue Zone, which required special access.

I stayed with a friend in the city and caught snippets of the news in the evening… Boris Johnson flying on a jet plane to London… many key voices excluded from the official talks… issues with disabled access to the different zones… The days I felt most connected were the days spent in the city. The atmosphere was electric at the ‘Fridays for Future’ march, with young people and children who should obviously be at school raising their voices to demand action. Similarly, and despite the horrendous weather, a record number of people participated in the Day of Action on the Saturday, day 6 of the conference.

Fast forward to the final Saturday where negotiations were officially running over time. My colleague had been tasked to keep the A Rocha team updated on the negotiations and we received a constant and rather depressing stream via WhatsApp. I felt frustrated and distressed, more connected than ever to the millions of people who were essentially being condemned by the decisions being made (or not made).

JW: What do you think about what was agreed at COP26?

JP: Let’s face it, the outcome was never going to be good enough for someone working for a conservation charity! I had to get to church the next day to pray about it as I felt hopelessness. It was Remembrance Day and the service was about reconciliation and choosing to be better over bitter.

Since my initial reaction to the discussion and agreement, I’ve since learned that there were some important and positive steps achieved. For example, fossil fuels have been named for the first time, nature’s importance in addressing climate change has also been acknowledged. Remember COP will only be a success if what has been agreed is acted upon. Us citizens have a task in keeping our own government accountable.

JW: Will you participate in future years?

JP: Some in the ‘Ride the Change to COP26’ WhatsApp group are already planning their trip to Sharm El Sheikh for COP27 but I would like to participate in a different way.

There are many sister organisations of A Rocha UK (A Rocha Uganda, A Rocha Kenya, A Rocha Ghana to name a few). I would like to see voices from the periphery included and amplified in the official negotiations and hear more from those already Impacted by climate change.

So being at COP26 for me wasn’t glamorous in any way. And it’s the same with climate action; we don’t need to hype it up, we just need to get on with it. We must choose to be better over bitter at how things are and make reality the future we want.

Jennifer Plummer is the Communications Officer for conservation charity A Rocha UK. If you’re feeling inspired by her cycle to Glasgow and want to take a step towards a better future for all, browse over 50 climate pledges and pledge to make a change here.