You’ve got thirty minutes to pack a rucksack before leaving your home, your friends and your family forever. What would you choose?

by Jenny Kartupelis
in Politics, World 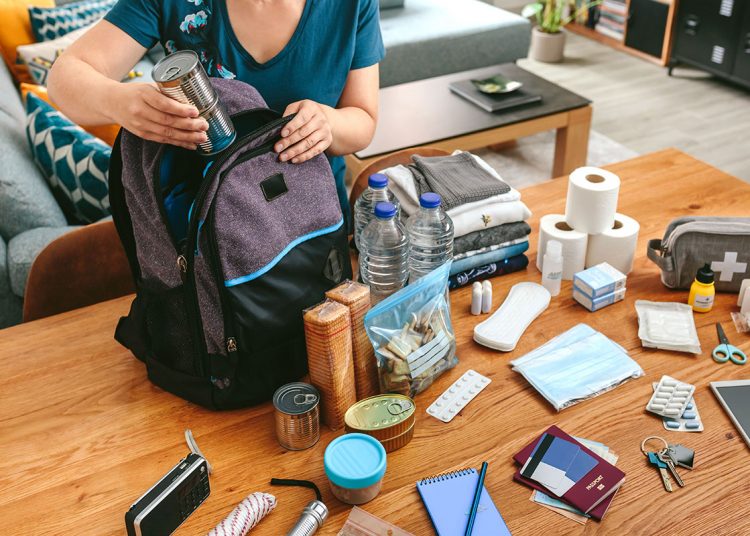 There seems to be an existential conflict between the willingness of British people to help in the Ukrainian refugee crisis, and our government’s attitude of making entry as hard as possible. Currently there is only one viable route: Ukrainian refugees need visas which are difficult and lengthy to obtain, and only a handful have been granted so far. The obfuscation in parliament raises a critical question: what is driving this government’s determination to ignore public opinion?

A collective of individuals

There are so many interviews with these refugees that it’s easy to feel overwhelmed with the horror and heartbreak. Taken collectively, the exodus can seem too much to contemplate. But the uniqueness of each human being becomes apparent not only through what they say, but also through the possessions to which they are holding tight.

What stays in my mind? The children pulling their brightly coloured Disney cases as though setting off on holiday; the elders muffled in layers of clothing presumably to ensure they have enough; the giant teddy bear dwarfing the toddler clutching it. The young mother with her little girl, talks of the husband left behind to fight. She says, “But we have this”, and opens a solid-looking bag to reveal a tiny white dog in a tiny woollen hat, probably destined to be their greatest comfort.

These choices resolve the crowd into its constituent components of individuality, each person valuable and deserving of respect. Some ten years ago, I was involved in commemorating the 40th anniversary of Ugandan Asians, expelled by Idi Amin, reaching Britain and being welcomed. Like the Ukrainian people now, they had to choose only what would fit into the one small suitcase permitted.

What would you choose?

What would you choose? If you had 30 minutes to pack a rucksack, and were leaving your home, friends and family, possibly forever? I’ve been asking people this question, not as any sort of survey, but just as a thought-provoking exercise. The answers are as varied as the people but give a glimpse into what the unthinkable might feel like. Packing money, passport, medicines and phone were taken as read. But what about any other documents you might need – could you easily find your birth certificate if you had half an hour to search and bombs were falling?

Most people were primarily practical. They would take toiletries (many added toilet rolls), changes of undies, warm sweater, blanket, perhaps a spare pair of shoes. Thoughts also went quickly to sustenance: high calorie items like cheese and chocolate; a water bottle to refill. Mementos such as jewellery – which could also be sold – large torch, spare mobile phone, radio, laptop, an MBE insignia, books were always mentioned at least once. Several people said a diary or notebook and pen, perhaps because tracking time and experience reminds us of our core being, sustaining our individuality.

As far as comforting items were concerned, dog-owners placed their pooches top of the list. Almost anything else would be abandoned rather than a beloved pet. One person said mascara would be essential, some of us will understand this! For me it would be lipstick, I guess it’s something about retaining dignity. One person made the point that it would be impossible to choose between “so many things with so many happy memories”, but her photo disc would have all the reminders she needed. I was a bit surprised that so few people chose anything physical to hold, although most importantly, one would take a crucifix. If I’d asked more widely, I’m sure some would have chosen a small childhood toy.

Photographs were an interesting point, some people said that all they needed was on their mobile; others that they would take physical photos of their partner, parents and grandparents. These were not only seen as a vital connection with the past, but also something tangible.

One person also put the question to her two children, aged 11 and 13. Top of both their lists was a teddy ‘“in case of loneliness”, then mainly the practical things such as phones, food, warm clothes and, in both cases, a book and a penknife. Her daughter mentioned sanitary products – how easy it is to forget the horror that having one’s period as a refugee would be.

It’s likely that the people who were most ambitious in their choices may also be the ones fittest enough to carry a heavy weight! Older people, women, children would be more limited in this respect.

One quote in particular stays with me:

“It would be heartbreaking to look around and see all that I had to leave behind, my whole life really. I would take one small pebble from my garden, as a tactile reminder of the place I love.”

Perhaps that says it all.

That could be you

So, you fled for your life, you have trekked east to west across Europe to reach the country where your family or friends – or the kindness of strangers – await you, but that country insists, paperwork or no entry. That could be you, it could be anyone.

Most people in Britain ‘get it’ when they imagine the packing choice question. They can relate to that final straw of near-impossible paperwork. Many desperately wish to help. For the dos and don’ts of helping effectively, do look at Dr Stella Perrott’s excellent article in Yorkshire Bylines.

Which begs the question, what is it about our government that it is unable to imagine another person’s need or pain? What cruelty designed the deliberately opaque UK visa notice at Calais?

If we’re not careful, this scrappy bit of paper will become symbolic on the world stage of a United Kingdom unable or unwilling to step up when the time came. These are the people with the power and ability to exercise compassion but they appear to lack the instinct that moves so many of the British population.

Could it be that when we ‘ordinary’ people see the footage of refugees thrown into some sort of new life, we see the person – scared, determined, lost, everyone different. But the politicians see only a collection of problems that need sorting. Do they believe that the easiest way is to pull up the drawbridge as far as possible?

Could it also be that they have badly misjudged the will of the people?