If not now, then when? – Enough of the excuses

In the early stages of the pandemic, excuses centred around its unexpected nature. Fast forward and suddenly making excuses is much harder. 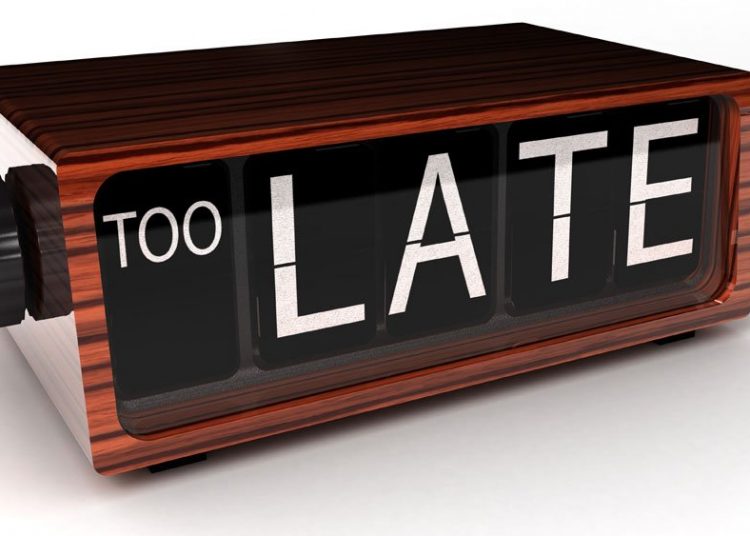 In the early stages of the pandemic, excuses centred around its unexpected nature. The government was ‘doing its best’. Fast forward to the peak of lockdown one, suddenly making excuses was much harder than it had been. An enormous death toll, failure after failure, it was proving more difficult to defend the government’s actions, or rather, inactions.

The weary public had been clapping for carers, banging pots outside their homes each Thursday for weeks. This attempt to maintain a kind of ‘blitz spirit’ proved difficult as the government stumbled from U-turn to U-turn. It was no surprise that the claps eventually faded into nothing more than a collective bad dream. Morale was at an all time low.

It was at this stage that the holy grail of excuses was born. The ‘Not now, later/why did you wait’ combo. A wordy title for a sleazy tactic used to divert attention, suppress the truth and confuse the conversation.

In the house of commons Johnson blustered fiercely that it was not the time, that criticism was demoralising and undermined the government’s Covid-19 response. Rather than face the music, criticism was rebranded as divisive, incongruent with the national effort, and as such criticism was put on hold for the time being.

Proponents of the Tory party parroted back abstract remarks:

‘It’s not the time for this! We need to pull together!’

It seems, in times of hardship when the side you’ve aligned yourself with are failing miserably, rather than question your allegiances, instead elect to live in a world of fantasy.

‘Save your criticisms, I’d rather imagine it’s all going swimmingly!’

This tactic is particularly seductive as fantasy and daydreams offer a safe haven where facts and truths offer only an all too harsh reality. Abstract arguments based on concepts of ‘protecting national morale’ or ‘pulling together’ are enticing, offering a thin veil behind which one can hide from the ugly truth.

The problem with postponing criticisms is that surely one day they’re going to catch up with you?

Don’t be so sure.

We were led to believe that once the pandemic began to ease, conversations regarding the government’s handling of the situation were finally going to be had. Yet, as it appears, no time is the right time for such conversations (editor’s note: although an enquiry has been announced, it may not report until after the next election if, as is possible, one is called early).

In the latest drama between Johnson and his previous partner in crime Dom Cummings, supposedly the PM is quoted saying ‘let the bodies pile up in their thousands’. An awe-inspiring sentiment from the man, who at the time, was telling us that we all needed to pull together.

This is where part two of the golden-ticket of excuses appeared. In an interview on Jeremy Vine regarding these allegations, Dr Shola Mos-Shogbamimu was confronted with this very excuse by Daily Express columnist Carole Malone. Malone argued, why weren’t these comments brought up sooner? Why weren’t they brought to our attention at the time?

It’s clear that Tories could not handle criticism during the height of the pandemic, postponing it for a later date, and now choose to undermine the validity of criticisms by questioning why they weren’t brought up sooner…you couldn’t make it up.

Somehow, those who were fiercely in the ‘Not now, later’ camp, are suddenly in the ‘why did you wait?’ camp and supposedly cannot trust any of these postponed criticisms. Criticisms that they had previously claimed to welcome when the time was right. We’re at a stage in which ‘later’ has become ‘now’ yet amazingly, they’re too suspicious of the delay to listen.

Whether it be through genuine or feigned amnesia the government’s defenders don’t acknowledge the fierce irony and inconsistency in their sudden change of heart. Perhaps it’s less about the time and more about the content that they have issues with. Giving genuine opportunities to listen to criticism risks upsetting their ever so delicate fantasy. In such cases where you remain purposefully ignorant to the truth, excuses like these are your closest ally.

What’s more, this tactic also alters the conversation itself. Notice how it turns the topic away from the allegations or scandal and instead onto the timing, and legitimacy of criticisms. It’s a masterclass in distraction and nothing more.

This flipflop between ‘Not now, later’ and ‘why did you wait?’ perpetuates a culture in which no time is the right time. Instead, issues are brushed under the rug. It is clear, for the government and its supporters these were mere excuses to avoid taking responsibility for their many failings. It’s less about pulling together and more about burying the truth whenever, and wherever it appears.

To this I say; enough of the excuses, it’s time for the truth. This starts by ignoring the tactics used to distract us and bringing the focus back on the matters at hand, such as a prime minister that hands out taxpayer money to his mates, while dismissing the deaths of thousands who worked tirelessly for that very money. That is the real conversation that we need to be having. If we don’t raise these issues fiercely and whole-heartedly now and as they happen, then when?

The mental acrobatics required to maintain the support of the government these last twelve months are almost Olympic level. To dodge, distract and hide from the true failings of our government takes an impressive level of denial that only paradoxical excuses can achieve. If this bothers you, it’s time to do something about it:

If you favour truth over fantasy subscribe to CentralBylines and contact your MP to tell them, you want an end to Tory sleaze.