Dominic Cummings says our system of political representation and governance is broken and in urgent need of renewal. 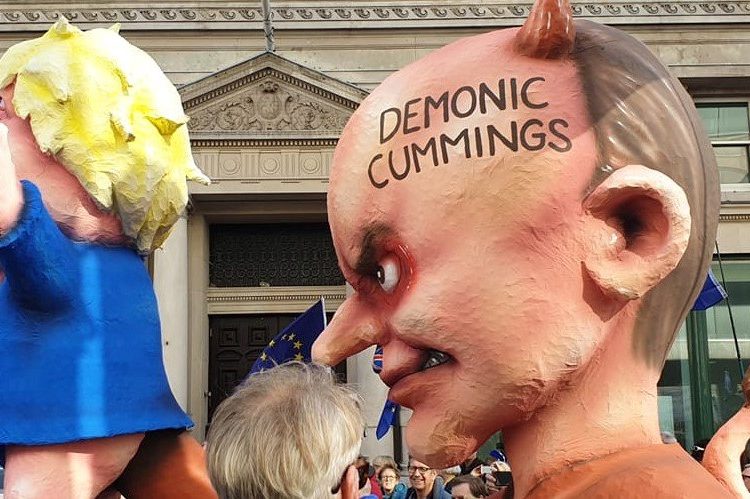 It is a very rare occasion indeed when I find myself agreeing with anything Dominic Cummings has to say. However, during his recent appearance before a House of Commons Select Committee (26 May), among other incendiary statements, he made the following comment:

“It’s just completely crackers that someone like me should have been in there, just the same as it’s crackers that Boris Johnson was in there, and that the choice at the last election was Jeremy Corbyn.”

In fairness, I think he has a point. Our system of political representation and governance is broken and in urgent need of renewal. This country possesses many thousands of highly talented people who have demonstrated successful leadership in the business community, in the charity sector and in education among others. So, why is the political pool from which MPs and their advisers are drawn so shallow?

There are notable exceptions but do our 650 Westminster MPs truly represent the brightest and best of what the UK has to offer the electorate?

The system as it currently stands does not encourage successful people with a sense of public duty to put themselves forward as candidates for our Westminster parliament. If you are in charge of a business or charity making an impact in your local community or nationally, what is the incentive to put yourself forward as a candidate?

You will probably need to attend countless local/regional/national party meetings to show your commitment and once  chosen as a prospective parliamentary candidate,  it may be a decade or so before you are selected for a seat which is winnable (unless party HQ intervenes to secure your nomination – which, as we saw in Hartlepool, is not necessarily a recipe for success).

Even if elected, you will be expected to serve your time on the back benches before you are awarded a ministerial post and even then your tenure is likely to be two years or so before being promoted or sacked. Not exactly an attractive proposition for those already making an impact in their chosen field of work.

So what needs to change?

Firstly, the electoral system. In history lessons, we were taught about the “rotten boroughs” of previous centuries but is our current system fit-for-purpose for a modern democracy? Is it any better?

Too many constituencies are safe seats and candidates are not decided by the people, but a tiny handful of local party activists or party HQ. Perhaps we should consider American-style primaries? Certainly proportional representation.

Secondly, some form of outreach could encourage political participation and open up the field. Back in the 1980s and 1990s, Oxford and Cambridge Universities faced considerable criticism for selecting students from narrow, privileged backgrounds. To their credit, both have embarked on successful outreach programmes.

Let’s put talent and a commitment to public service before party processes. I recognise that will not be an easy task, but we need to make political involvement much easier for those who wish to serve and who have a track record of making a difference to society.

Thirdly, we need to change the idea that being an MP inevitably means a long-term commitment. Not everyone wants to spend decades in the House of Commons or become ‘father/mother of the House’ but many would welcome the opportunity to play their civic duty for five or ten years and then resume their former life. Let us make short-term public service at Westminster the norm.

The status quo is not working

If political participation is not popular then we have a failed democracy. It is easy to see why the established Parties prefer the “as is”, but as we can see, public discontent and disillusionment is growing. That needs to be addressed.

Politics needs to be personal and meaningful to people. As Cummings said, how have we arrived at a situation where the likes of him and Johnson are making critical decisions in our national interests, unaided by an impotent parliament stuffed with government loyalists?

Cummings’ statement should be a wake-up call to all of us.