The once great Republican party now hides behind the rhetoric of racism and division. It's conservatism based founders would be dismayed 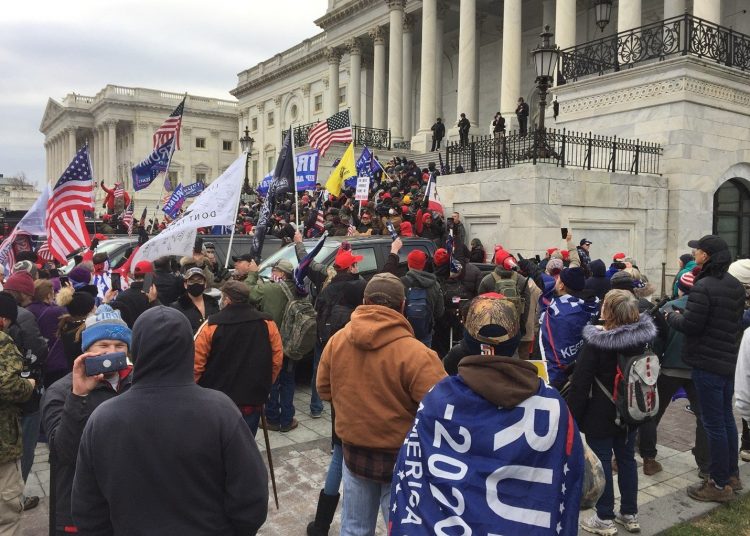 The Republican party, formed at the dawn of the Civil War and championing union, fractures while promoting conspiracies and lies. A party born in the growing urban centers of the North fades toward irrelevance in dwindling rural enclaves. A party first led by ‘The Great Emancipator’ elects one of the greatest fools to ever hold elective office.

How does a party descend from Abraham Lincoln to Donald Trump? How does it win the nationwide popular vote for President only a single time since 1988? How does it arrive at a point where 100 of its own leaders encourage a split, signing a declaration that states:

How does such a fall happen? The same two ways Hemingway wrote of going bankrupt: gradually, then suddenly. As the United States endures the systemic threats of Trumpism, QAnon and the Capitol insurrection, it should come as no surprise that ‘suddenly’ has been in the making for decades.

Conservatism goes on the offense

It all began with money.

Progressive Democrats under Roosevelt had rescued the country from the Great Depression and led America through WWII. Conservatism and its corporate bedfellows, having been swept from power for inaction that worsened the economic downturn, was on its heels.

The American people had looked to government for solutions in a time of dire need, and government, through the programs of Roosevelt’s New Deal, had delivered. To the conservative mind, any belief that government should provide for citizens rather than the forces of pure, laissez-faire capitalism could not be allowed to stand.

By the end of the war, all the necessary pieces were in place to begin building the modern conservative movement:  limited-government thinkers and writers generating copy for newspapers; anti-regulation economists teaching in major universities; anti-union legislators striving for power in state governments.

But policy is not engaging to most voters. What’s needed, always, is a cause that stirs emotions.

As post-war prosperity gradually became the turmoil of the 1960s and 1970s, it became clear what cause conservatives had settled on: white supremacy. Initially overtly stated even by Southern Democrats before they split over desegregation, later disguised under Republican rhetoric about states’ rights, racism was the glue that held the conservative movement together as its influence grew.

Republicans’ finely-honed racist message finally came to fruition with Ronald Reagan’s campaign and victory in 1981. The fully-fledged modern, anti-government conservative era was born. Business had finally made its way back into power and white identity was cemented as the perfect vehicle to obtain low-tax, anti-labor corporate goals.

Roosevelt’s New Deal was out, to be replaced by the conservative deal for their voters: “We promise to keep whites at the pinnacle of the American hierarchy; you allow business to immiserate you by concentrating society’s wealth upward. Also, keep the campaign contributions coming.”

As Democratic president Lyndon B. Johnson once said, “If you can convince the lowest white man he’s better than the best colored man, he won’t notice you’re picking his pocket. Hell, give him somebody to look down on, and he’ll empty his pockets for you.”

Break the rules when they get in the way

America is now dealing with the consequences of two generations of conservative influence. Endless tax cuts for the rich and large corporations have starved government at all levels of revenue. CEOs are making 300 times more than their workers. Rural communities, where their own voters live, have been afflicted by rising unemployment, prescription drug abuse and inadequate medical care.

But those policy failures don’t concern Republicans in the least.

The critical issues facing America in the eyes of conservatives? Whites are inexorably headed for minority status and increasingly multi-racial young voters are rejecting them by wide margins.

What to do? When your followers are thoroughly invested in their sense of victimhood and privilege, expanding the party’s base to non-whites is not up for discussion. Only two approaches remain: employ far-right media to keep your followers enraged enough to vote in high numbers and enact restrictive voting laws that diminish Democrats’ access to the polls.

Republicans are drawing their defensive lines ever tighter, concentrating  on fanaticism as moderates exit and conservative media spews nonstop racial-doom hysteria. Everything must be on the table to maintain power, including sacrificing the basic tenet of constitutional democracy: one person, one vote.

The well-intentioned efforts of a pitifully tiny percentage of party leaders to right the Republican ship is far too little, far too late. Their voter base has already slipped into cult-like devotion to Trump and Trumpism, and they will not  let that identity go so easily.

Democracy in the balance

The Republican party, now experiencing death throes with nothing left to lose, has settled on its final battle cry, reminiscent of the South’s approach to the union before the Civil War: “If we can’t exercise the power we deserve, then burn it all down.”

America has been in flames over racism before and grown back stronger from the ashes. Democrats, largely out of power but not out of ideas for four decades, have recently gained the slimmest of congressional majorities and a popular-vote mandate for change.

The United States is at a tipping point. The mid-term elections in 2022 and the presidential election in 2024 will determine whether progressive, multi-racial liberalism can, once again, save the world’s longest-standing democracy from the recurring ravages of uncontrolled conservatism.

Scott Weigle lives on the Pacific coast in Washington, United States. He writes at OverExamined.Life