Home Office hubris, hulks and cutting off your nose to spite your face. Why are we treating asylum-seekers so badly? 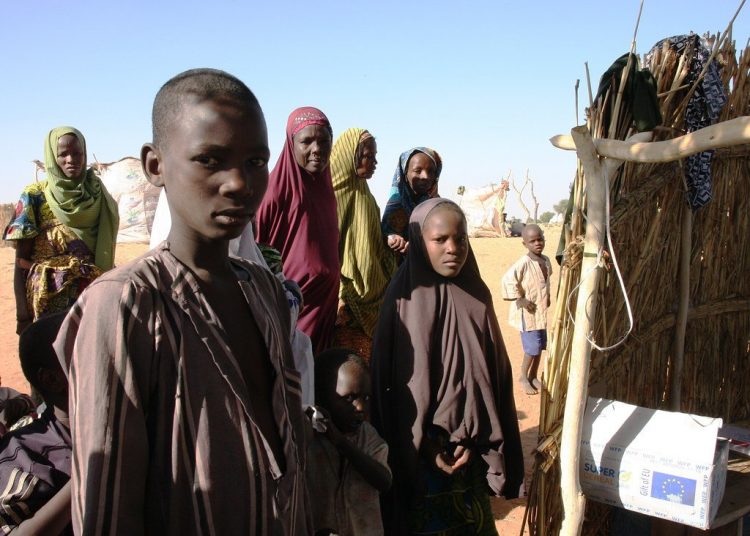 Charles Dickens, the great 19th Century novelist, grew up in a debtors’ prison, locked up with his parents before rising to fame and fortune as a writer. Among his best known books is Great Expectations, about a small orphan boy, Pip, brought up by his much older sister and her blacksmith husband. Wandering round the nearby marshes, he has a terrifying encounter with a convict, Magwitch, who has escaped from a hulk nearby – an old ship no longer used at sea, but now permanently moored and housing convicts crammed together in insanitary conditions. Out of fear, Pip steals food from home for the convict, who is later recaptured. He later comes into an inheritance and receives a good education, but only at the end of the book do we find that the money actually came from the convict, who was banished for life to Australia, made good there as a prosperous sheep farmer and then decided to help the small boy who’d helped him.

The story is, of course, fiction. Sadly, the prison hulks were not. They were used during the 18th and 19th centuries to warehouse unwanted prisoners cheaply. Yet many of those who were then deported to Australia, like Magwitch, eventually made good use of opportunities there, which they had signally lacked during lives of poverty in Britain.

So what has changed in the 21st century? Well, currently, it’s asylum-seekers who are most despised, instead of convicts. We used to dump convicts in Australia. Now Australia isn’t available, our Home Secretary first wanted to dump asylum-seekers on ship hulks. Now a remote island somewhere is favoured, where they can be neither seen, heard nor helped. So we’re going back hundreds of years!

I once had a small taste when living and working in northern Nigeria of what it must seem like for people threatened in their homelands. In 1987, a precursor of Boko Haram burned down all but one of the 150 or so churches around Zaria. I stood with four nearby churches burning around me . It felt at first like being on a film set; I suppose that was shock. But my colleagues were absolutely terrified and thought they’d be next. For them, I suspect it felt more like the 1938 Kristallnacht in Germany, when the pogrom against the Jews really took off. And people did die in other northern Nigerian cities.

Fortunately, the Nigerian government reacted quickly and things quietened down (for a while). But had it not, a lot of people would have been fleeing. We ourselves spent more than three years living and working in Zaria afterwards. But the situation remained difficult, my children became increasingly unsettled and in the end we were forced to return to Britain (you take risks for yourself that you don’t for your children). Since then, there have been many attacks on people, a church service was bombed in Zaria, and so on.

And in my case? Well, as a British Citizen, with British children, I had the right to return here, joined later by my husband. Other people trying to do the same, without the right as citizens to come here are clearly far worse off. So when I see people trying to escape wars, I don’t see ‘bogus asylum-seekers’ or just ‘economic migrants’ (though British people in the latter category would probably be viewed as trying to better themselves). I see people in desperate need.

The Home Secretary, however, appears to view asylum seekers coming here like rubbish, planning to offshore them in inaccessible places and in substandard accommodation. This is presumably so they can be hidden from public and legal scrutiny and thrown out, without having their circumstances properly determined beforehand. This contravenes the UN Refugee Convention to which Britain has been signed up since soon after World War 2.

Furthermore, she proposes not to admit anyone who comes ‘illegally’ through traffickers. But if you leave your country under immediate risk to your life, you do not have the luxury of time, waiting to see if the British government will rescue you by arrangements through their resettlement scheme, worthy though this is. You may have to rely on people-smugglers as the only route that may be open to you. Barring people like this also contravenes the UN Refugee Convention.

The British government also went back on its promise (something of a habit) made though the Dubs’ amendment to the EU withdrawal bill, to allow unaccompanied children stuck in Europe to join relatives in this country. Only 350 of the 3,000 agreed children were actually admitted. This was utterly disgraceful, and should be reversed.

Finally, even in Britain, we miss out. Many of the asylum-seekers have qualifications and skills which could benefit us. Instead, we refuse to let them work, so then the tabloid media can portray them as scroungers. This is just idiotic. An example of this approach was in the press recently, when Priti Patel refused to allow a Nigerian, Charles Oti, an infection control specialist (already working here) to stay. He had been offered a job as a senior biomedical scientist, but she insisted he must leave the country. The post is one of the NHS’s most sought-after skilled positions.  This particular case has a strong smell of racism, particularly for someone who has already saved the NHS a lot of money by improving the way it deals with infections.

So we need to oppose Government legislation that reduces the rights of asylum-seekers to apply to stay here if they have grounds under the UN Refugee Convention, and however they enter the country. We must not hide them ‘offshore’, which reduces their ability to appeal decisions. The number of asylum-seekers coming to Britain is low compared to many European countries anyway, and making illegal decisions which don’t respect the UN Refugee Convention, to which we have long been signed up, only sullies Britain’s reputation abroad.