Myles Campbell-Drummond reviews the Hawkeye TV series and examines how the plot is full of mentorship and reinvention. 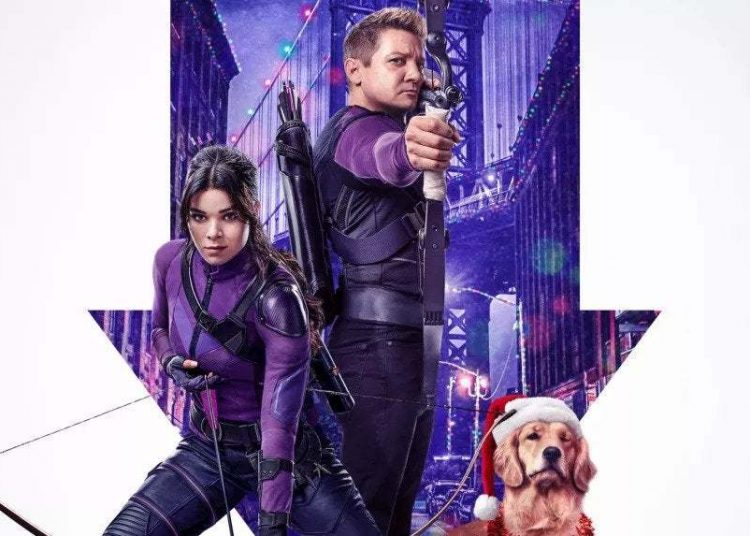 Hawkeye is the fifth Marvel Cinematic Universe (MCU) TV series. It can be exclusively seen on Disney+. It succeeds in being a fun festive watch, with two particular aspects of the show excelling: mentorship and reinvention.

The archer’s plot revolves around Clint Barton preparing to spend the Christmas holidays with his family before a news bulletin plays showing a figure resembling the Ronin, a warrior identity Clint went by after his family was faded to dust after the universe-shredding events of Avengers: Endgame. He soon finds that the identity of the Ronin on the news was 22-year-old Kate Bishop and the two have to suddenly work together to stave off attacks from the mafia, all while keeping Clint’s hopes for a family Christmas intact.

The cast for the series

The cast is stacked with quality with Linda Cardellini returning as Barton’s wife, former agent of S.H.I.E.L.D Laura Barton, Vincent D’Onofrio reprising his role from Daredevil as the intimidating crime lord Kingpin (who doesn’t appear until the series’ penultimate episode), and Hailee Steinfeld being cast to play Hawkeye superfan Kate Bishop.

Bishop’s introduction is a breath of fresh air and Steinfeld brings to her role a fun dose of wit and energy. In Bishop’s eyes, branding has been an issue for Hawkeye and her superfan instincts more than know this, leading to her slowly forming a bond with Clint through his glaring lack of appeal.

Nicknaming Clint ‘CB One’, wanting her bow to be autographed before being asked intense questions about her safety, thinking he lived in Avengers Tower, getting excited about potential Avengers supplies, and truly loving being by Hawkeye’s side by telling medieval re-enactors that she is “on official Avengers’ business”.

A plot full of twists and turns

We see throughout the six-episode series the effects of Barton’s many statuses, from being an Avenger to being a Ronin warrior. Different ends of the scale.

Bishop’s mother, Eleanor (Vera Farmiga) noted to Clint how his partners, notably Natasha Romanoff, have passed away and does not want Kate to receive the same fate. Romanoff’s adopted sister Yelena (Florence Pugh) shares a fruitful bond with Kate in another of the show’s shock qualities. On one hand, she made herself mac and cheese after breaking into Kate’s apartment since she was bored of Bishop taking forever to appear but on the other hand, she views Clint as cold-blooded and responsible for his sister’s death and is assigned to kill him.

An emotional scene takes place where Kate is unaware that Clint was the Ronin, with Barton explaining to Bishop it was his way of dealing with the Avengers: Infinity War snap and losing his family. Ever hear a statement which damages your view of a childhood hero? Bishop did in this very scene and even though she comforted Barton after viewing himself as being purely trained to kill, it was painful to initially see her try to make Barton realise his past as a hero.

Clint has a family to care for and knows he’s been in the fighting bad guys business for a long time. Kate essentially becomes the new Hawkeye, suggested with the title screen climaxing a conversation in the show’s final scene where Clint and Kate are discussing superhero names.

It’s a fitting character arc for Bishop to carry the Hawkeye mantle, allowing for another female superhero to thrive on the big stage and presenting a host of future plot opportunities with characters like Yelena and heroes in the wider Marvel Universe like Sam Wilson and Spider-Man (hopefully Bishop can take them to meet the LARPers for some role-playing fun)! 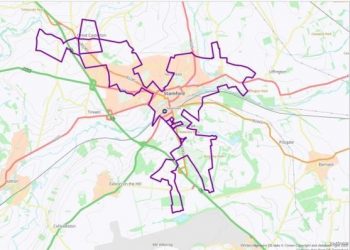 Clint’s arc to ditch the Ronin character to finally rock his iconic purple was defining. If the writers aimed to divert MCU fans viewing Clint’s personality as one-dimensional and unseen in the Avengers movies, then they succeeded.

At times, the grief in his face was palpable, like with Yelena at the show’s conclusion when he confesses his deep admiration for Natasha. He burnt his past on a BBQ stove and was more open with his personality, with the new-look purple being a tribute to his comic-book colours.

Reinvention is what Hawkeye sets up for a lot of the characters. Kate gets to finally live her dream as the hero she idolised as a child, Yelena has to deal with a post-blip world due to not killing Clint, the potential ramifications of Bishop imprisoning her mother, whether or not Kingpin is truly dead, and Clint becoming more reclusive and out of the spotlight to be with his family.

The Hawkeye series is a festive watch which can be enjoyed at any point in time. 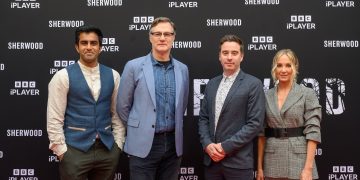 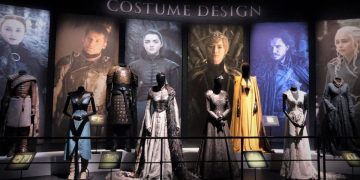