Why did Conservative MP for High Peak, Robert Largan, campaign against a proposal for a solar farm that had already been withdrawn? 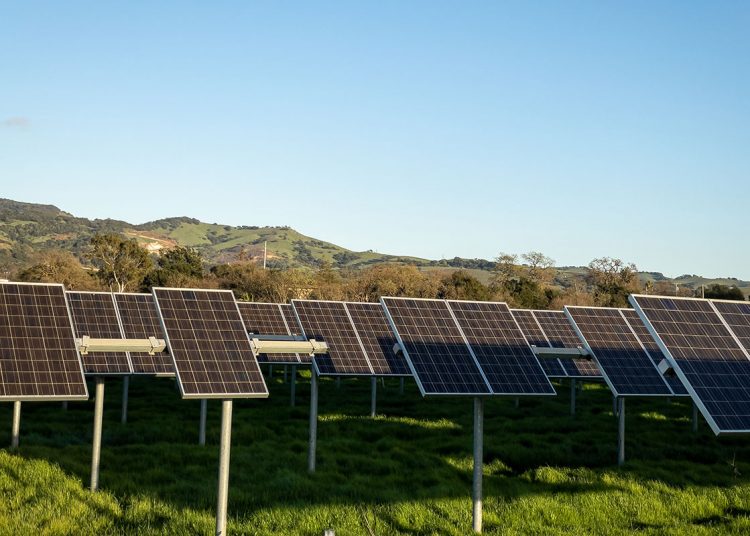 Photo by Matt Bango on StockSnap

In December 2021, German company Kronos Solar submitted a pre-application to High Peak Borough Council planning department. The company proposed to build an 77-acre solar farm on a piece of green belt land between Whaley Bridge and New Mills in Derbyshire.

That’s when the trouble started. These fights are becoming increasingly common, aren’t they? Everyone agrees that we need more renewable energy. But everyone also agrees that our beautiful countryside – and the ecosystems contained therein – must be protected. Striking a balance between these two valid yet diametrically opposed positions requires a philosophical dexterity worthy of Hegel himself.

In High Peak, on balance, the proposal was not popular. Two weeks ago, the local Conservative MP, Robert Largan, came out against it. On 9th March, he spoke in a Westminster Hall debate about large solar farms, citing the Kronos proposal and giving a number of reasons why he opposed it.

On 11th March, he posted a video of his Westminster Hall speech and used it to launch a campaign against the proposal, inviting constituents to sign a petition on his website. On 14th March, he was ‘very pleased to report’ on his social media that Kronos had withdrawn their application.

It all looks like an exemplary and successful campaign by a concerned MP fighting for his constituency.

But there’s a crucial detail that I haven’t yet told you.

According to HPBC planning department, the Kronos application had been withdrawn on 3rd March.

So all we can do is conjecture. It is possible that he didn’t know that the proposal had been withdrawn. The local opposition gleefully made hay with that idea but, in truth, it seems unlikely. Largan says that he met with Kronos Solar and discussed the application with them. However, it is more palatable than the alternative – that he knew but launched his campaign anyway.

Why would he do that? Again, without information from the man himself, we have to resort to conjecture.

Looking for an easy win

Robert Largan’s position in High Peak is precarious. His majority of 590 is the one of the very smallest in the country.

If you need to score visible victories (and if you don’t much care how you do it), then campaigning against an unpopular proposal that you know is already dead must look like a no-brainer. It’s simply unfortunate for Largan that everyone else knew it too.

He does have form for this type of not-terribly-cunning plan. In High Peak, the mobile breast screening service was temporarily halted during Covid lockdowns, as screening across Derbyshire was centralised in Bakewell. This was always intended to be a temporary measure with plans to reinstate the mobile service once lockdowns and staffing levels allowed.

None of this troubled the honourable member for High Peak. He used the same modus operandi of speaking in parliament and then launching a petition to campaign for something that was always going to be happen. And then he congratulated himself when it did.

However, there may be a second and more insidious motivation at work here.

Largan does love a nice petition. Or a survey, he doesn’t seem to mind which. Since his election, he has asked his constituents to vote for the area’s best takeaway and best decorated street. He’s sought their opinion on grit bins and flags, buses and Christmas cards.

This is certainly an accessible and straightforward way of engaging with your constituents and finding out what they think. But remember, when you sign a survey or a petition with anyone, you are asked to agree with their privacy policy.

Let’s have a look at Robert Largan’s privacy policy. It’s rather more generous than you should be comfortable with:

“Unless otherwise specified, data may also be shared with entities of Political Party associations, federations, branches, groups and affiliates in order to assist you or maintain contact with you in support of democratic engagement.”

In other words, if you tick the box, you give him permission to share your details with pretty much anyone that he wants to.

Concern is growing about the way the Conservative party handles data. The Good Law Project is challenging the government’s persistent use of personal email accounts and messaging apps which are much less secure than official parliament channels. It comes as no particular surprise that Largan always promotes his personal email address over his parliamentary one.

The dog ate my homework

Meanwhile, it’s impossible to escape the feeling that Robert Largan is behaving like an eleven year old boy. If only he put as much effort into actually doing his homework as he does into thinking up wizard wheezes for getting out of it, he might now be in a more secure position.