Mike Stafford looks at the changing meaning of freedom for the conservative party.

by Mike Stafford
in Opinion, Politics 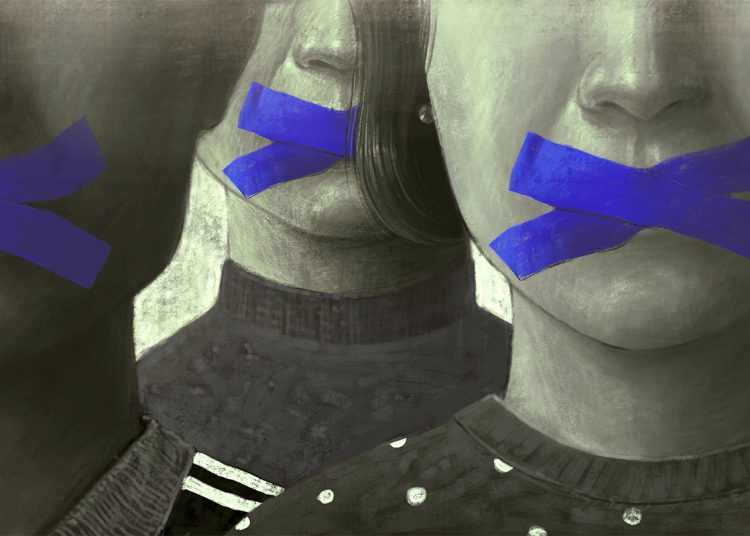 The concept of ‘freedom’ comes up a lot in Conservative thinking. The current generation of Conservative MPs were raised on a diet of unfiltered, Cold War-era Thatcherism, where freedom was easy to define against the grey inhumanity of Communism.

Fast forward through four decades, and they still claim to be motivated by pursuit of freedom. Matt Hancock cheered the ending of public health restrictions on the pages of the Daily Mail, echoing the sentiments of many on the Tory benches. For Boris Johnson’s party, masks and social distancing represent a repugnant encroachment by the state on the rights of the individual. Upon their final abandonment, former Brexit negotiator Lord Frost gleefully proclaimed Britain “probably now the freest country in the world”.

In the era of the libertarian-funded think tank, however, Conservative notions of freedom are pitifully narrow. Gone are the expansive and coherent political philosophies espoused by thinkers like Edmund Burke, in which obligation to our ancestors and our descendants keep the whims of the present in check. Where Burke saw individual liberty as preserved through “equality of restraint”, modern Conservatives acknowledge no such curtailments on freedom. At least, not upon the personal freedoms for their own narrow cadre. The British people, by contrast, can make a whole shopping list of the freedoms torn away from them by their own government.

First among the freedoms torched by the Johnson government was our freedom to live and work in 27 other countries. For the young people of Britain, the world became smaller in 2019; continental dreams and ambitions were strangled by the thuggish hands of Brexit. The horizon, that once stretched from the Atlantic coast of Ireland, to the sun-soaked beaches of Marbella, to the storied stones of Athens and to the Baltic splendour of Helsinki, was yanked balefully back to the white cliffs of Dover. The Erasmus scheme, for example, which allows students to study at other European universities in a kind of full-immersion cultural baptism, was abandoned. Apostate Britain had no interest in young minds freely exploring the continent.

Freedom to trade was similarly throttled. For a generation and more, family businesses used their individual liberty to trade in fish from the coastal towns of Britain. That freedom was in some ways an administrative one; freedom from the burden of bureaucracy. It is a freedom now buried in a grave of paperwork, and the sparsely populated fish warehouses are its tomb.

Attack on our freedoms

Education is perhaps the greatest route to freedom. Bettering oneself through learning opens up a new world before you; wider job opportunities present themselves, and fresh perspectives are seen. It was a Conservative government, then under David Cameron, who saw to it that higher education would now come with a millstone of debt attached. Debt, of course, is one of freedom’s most malignant enemies.

Among the loudest and most rambunctious of freedoms is the freedom to protest. Long established as a cornerstone of mature democracy, the right to take to the street and howl in democratic rage is a sacred one. This, too, is under threat of extinction under the police, crime, sentencing and courts bill. The Johnson government has no interest in your freedom to decry it in the public square. Freedom to vote, the most cherished freedom of all in any democracy, is similarly under threat – rendered secondary to the requirement to produce photo ID.

Freedom of thought is at least a freedom for which the Conservatives might pretend to claim support. ‘Free speech’ is a cause célèbre for Johnson’s Conservatives, but their true intention is clear. Scarcely a week passes without a Dowden or a Dorries bemoaning ‘wokery’. We understand all too well that for them, the sanctity of our speech depends entirely on the content.

No freedom at all

“Freedom to starve is no freedom at all”, as Patrick Harper once observed to Sean Bean’s Richard Sharpe. The fictional soldier’s words are harrowingly prescient amid the cost of living crisis. In the Blair era, consumer choice may have been prized too highly, but in the Johnson era millions of consumers are given only one choice – that between heating and eating. This is no choice at all, and the ‘freedom’ to make it is actually a hideous imposition, one whose cruelty should shame every member of this government.

This government claims to be a champion of freedom, but it doesn’t know the meaning of the word.

Allens Cross leaders get out the vote