How seriously should we take Cummings' comments on the UK and Northern Ireland Protocol. Did they sign just to get brexit done? 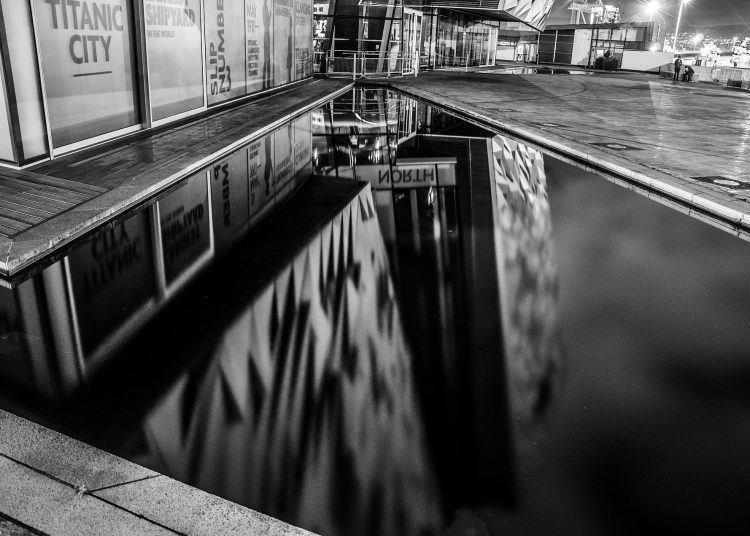 Image by Stephen118 from Pixabay

When the front page of the Sunday Telegraph appeared on Saturday the 9th of October to proclaim, “Johnson faces fresh Brexit clash with Judges”, it seemed to portend a wearisome week ahead. And so it has proved, with Tuesday seeing David Frost’s Lisbon speech, and Wednesday the EU’s proposals to deal with issues concerning the implementation of the Northern Ireland Protocol. In the midst of all this, there was a noticeable escalation of the usual Brexit culture war being waged permanently on social media.

Into this virtual cacophony stepped Dominic Cummings, who in a string of characteristically bombastic and chaotic tweets, made claims which were either revelatory or mundanely confirmatory depending on how jaded you are. In perhaps the most interesting of these Cummings asserted, referring to the Protocol, “… we wriggled thro with best option we cd & intended to get the [trolley emoji] to ditch bits we didn’t like after whacking Corbyn.”

It should be noted that there are many reasons not to take Cummings’ tweets seriously. For one, in a possible contradiction in terms he wears his Machiavellianism openly. One can extrapolate from Cummings’ own account that constraints like international law or values like good faith will not provide obstacles to him in advancing his aims. He also appears to have departed on bad terms with Boris Johnson to whom he routinely and rather evocatively refers as ‘the trolley’ (hence the emoji). A narrative that Cummings was a strategic genius undone by his bumbling political squad led by captain Johnson is naturally self-serving.

If Cummings’ tweets do represent the truth of what happened in late 2019, they would confirm a belief long held by many that those in power (or close to power) in 10 Downing Street made a decision to sign (or urge the signature of) the Withdrawal Agreement, including that key Northern Ireland Protocol, simply to enable Johnson to run his ‘get-Brexit-done’ election campaign. The intention, according to Cummings in a subsequent tweet, was to then jettison the more unpalatable aspects of the Protocol by legislating away the domestic legal effect of such aspects via the Internal Market Bill.

A cynic might point to the fact that politicians exaggerate or even lie as a matter of course around election time. That, however, would be to equate more prosaic political matters like more tax and spending adjustments with what the Northern Ireland Protocol represents. The decision to leave the EU placed a stress on the Good Friday Agreement and the arrangements underpinning it, which enabled people living in Northern Ireland to look one way, towards Ireland or towards Britain, or both ways; both in identity and in commerce.

The purpose of the Good Friday Agreement was also to build a political process through which political claims and aspirations could be pursued on as sustainable and stable a basis as possible. Brexit as of and by itself, and the uncertainty in the aftermath of the referendum presented major challenges. Once a decision was taken that Britain would leave the European customs union and single market, and it was determined that Mrs May’s UK-wide backstop was unacceptable, the options, in terms of attracting greatest consensus and least disruption in Northern Ireland, narrowed.

Johnson was essentially stuck between a no-deal Brexit, which would have necessitated goods checks on the Irish border (impractical, highly disruptive, and completely unacceptable to Nationalists and Republicans), or what he chose in the end (with its implications for the UK union). The economic ‘both ways’ situation that had persisted prior to Brexit could not continue in the same completely uninterrupted manner. There would be some checks on goods moving from Great Britain to Northern Ireland.

However, Northern Ireland would be in the enviable economic position of having access to the European single market and the UK internal market. From the two narrow and less-than-ideal options available at the very end, the Protocol seemed by a distance the least disruptive and the most sustainable. All of this would depend of course on both the EU and UK keeping their bargain and acting in good faith.

Cummings’ tweets demonstrate a contempt for both concepts if they serve to obstruct him. The electoral and international relations deception described by Cummings therefore was no mere puff or grey lie: it demonstrated a duplicitous preparedness to agree at haste and then unilaterally unpick at leisure the very instrument designed to best ensure the sustainable continuation of the economic conditions that underpinned the Good Friday Agreement.

A cynic might also assure us (indeed Cummings did himself) that states break international law all the time, so casting aside uncomfortable aspects of the Protocol would hardly be remarkable. For one, that others may break international law from time to time is hardly a justification. Moreover, a distinction must be made between breaches of more technical international agreements and an agreement designed to protect a peace process.

It should also be recalled that many Brexiteers heralded Brexit as the beginning of an age of ‘Global Britain’ in which the UK would use its newly acquired independent trading competence to complete deals nimbly with economies around the world. Trust and good faith are, however, essential to such endeavours, especially in the age of post-gunboat diplomacy.

States will be more likely and will be faster to complete agreements with the UK where trust exists, something with which Cummings’ anti-law, bad-faith, cheating-foreigners philosophy is at odds. It may well be that observers around the world will view the Northern Ireland Protocol and the British government’s behaviour around it as exceptional and confined to a highly specific and contentious constitutional question, rather than representing its entire approach to international law and relations.

However, if anyone out there has, apart from for the purposes of this exercise, taken Cummings’ tweets seriously, then they cannot have helped convince anyone of the UK government’s bona fides.