Serious sport is bound up with sadistic pleasure in witnessing violence: in other words, it is war minus the shooting. 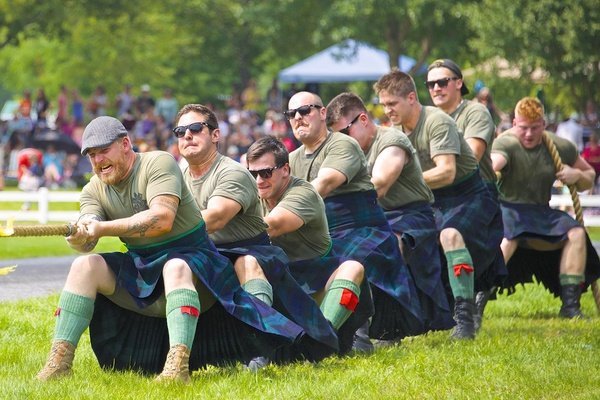 Fun fact: in 1945, Arsenal played host to Dinamo Moscow in a friendly football match undoubtedly aimed at consolidating the spirit of co-operation between the Allies during World War 2. The game was played in thick fog: the players reportedly wanted it cancelled but the referee decided it should go ahead. What happened next can best be described as farcical.

This match provoked George Orwell to write an essay called The Sporting Spirit. In it, he considers the nature of sport and in particular the relationship between sport and nationalism. He acknowledges that sport can be about harmless fun and exercise but argues it’s only when it gets competitive that it brings out the worst in people. He concludes;

“Serious sport has nothing to do with fair play. It is bound up with hatred, jealousy, boastfulness, disregard of all rules and sadistic pleasure in witnessing violence: in other words it is war minus the shooting.”

On June 11th, we resume this proxy war when the European Championships – postponed from last year because of the pandemic – kick off. This is the first international tournament since the UK severed all links with the European Union. It will provide irresistible opportunities for Europhobes across the land to get out the flags, sharpen their metaphorical bayonets and let battle against the foe commence.

There are some juicy targets. To minimise travelling, Covid means 11 different European cities are involved and England play at Wembley for all their fixtures. Wembley also hosts the two semi finals and the final itself.

Though being at home deprives England ‘fans’ of the chance to smash up a few forrin’ bars, it does not take much imagination to see that the tabloid newspapers will go overboard in their efforts to whip up jingoistic nationalism. There will be another widespread assumption that ‘this is our year’ and football will finally be ‘coming home.’

England’s first match in the tournament is against Croatia. Now remember, Croatia knocked England out of the 2018 World Cup at the semi final stage. You can be absolutely sure that talk of ‘revenge’ for that defeat will be everywhere. England’s second game against Scotland is potentially even more significant.

The increasing probability of a Scottish independence referendum threatens the future of the Union and is beginning to trouble Westminster politicians. The tabloids will be completely focused on the need to put the Scots in their place. If – God forbid – England wins the damn thing, the headlines will be visible from space.

…but only our rules count

Once – ironically – we had a reputation for honourable behaviour and following rules. The UK invented, organised and codified sports such as boxing, rugby union, golf, cricket and soccer. This notion of rules-based fair play is now part of national lore. It inspired poetry. We drum it into our children that it is wrong to cheat.

Cheating in sport is thought especially despicable – recall the fuss when the Australian cricket team was found to have been ball tampering. We talk of ‘a level playing field’, ‘keeping a straight bat’, something ‘not being cricket’ and ‘playing the ball not the man’.

Because it helps eliminate cheating, sport has gone to great lengths to uphold this ethic with the VAR system. It’s become essential in athletics. It’s been successfully adopted in cricket, rugby and tennis. But it’s hated by many in football because it denies unfair advantage and helps avoid gamesmanship. Unless the decision goes our way.

Orwell’s insight applies to Brexit, the Trade and Cooperation agreement and relations between the UK and the EU. Britain has adopted ‘hatred, jealousy, boastfulness (and a) disregard of all rules’ as Government principles. The hypocrisy of Britain’s belief in fair play is increasingly evident in its belligerent and hostile attitude.

The deceit began when the referendum was ‘won’ by a campaign that broke the law. We formulated the rules for the single market and customs union but now want to abandon them, unless they give us advantages.

We state publicly we are absolutely determined to see no return of violence in Northern Ireland, yet are prepared to ditch the Northern Ireland Protocol aimed at ensuring such a return does not happen. We boast about ‘reclaiming our fish’, but have trashed the livelihoods of those in the industry with punitive non-tariff barriers. Recently when a dispute arose over permits to fish the waters around Jersey, we even sent gunboats.

Worst of all is our obsession with immigration and our treatment of EU citizens who live in the UK. It’s nothing short of shameful. As Rafael Behr writes, they are being treated abominably.  Denied the right to vote in 2016, the country they moved to in good faith gave them no say on a decision with substantial consequences for their families.

The deadline to apply for Settled Status and the right to remain in the UK is coming up on 30 June yet as The Guardian reports 320,000 applications have yet to be processed by the Home Office. They face legal limbo without the documented right to live in the UK, earn a living, find somewhere to live and be treated by the NHS.

This nationalistic rhetoric from our government and its tabloid supporters increasingly makes England look narrow-minded, petty, certainly untrustworthy, maybe even dangerous. It offends many people – myself included – who want no part of it. While it’s harsh on the players, who can support England during Euro 2021 if this is how the English want to behave?