Duncan Weldon claimed that Britain has the cheapest food in Western Europe yet ‘forgot’ to take all of Europe into account. 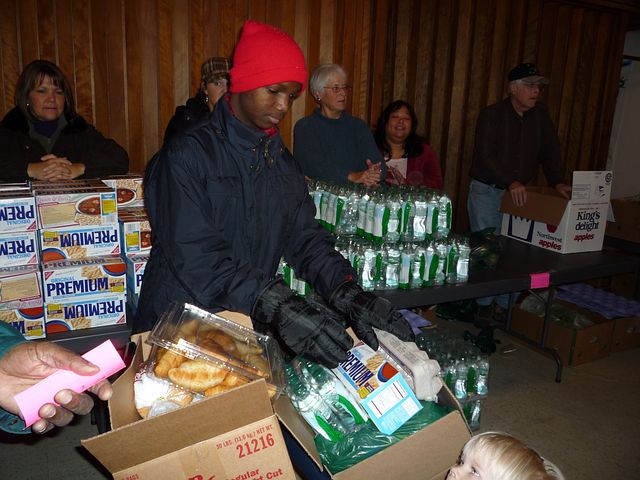 Duncan Weldon, an economist claimed on Radio 4s PM programme (October 6) that Britain has the cheapest food in Western Europe.

Having lived and worked in a few European countries (and in France worked as a chef), this claim never ceases to amaze me, as fresh fruit and veg and good quality meat in the UK tend to be pricey whereas the cheaper stuff is often low quality and unripe.

Cost of living vs income

Claims are usually based on relative spend versus income. In 2018, the UK average spend on food as a proportion of income was 8% according to a BBC report commissioned from the University of East Anglia.

This of course does not reflect the quality of the food bought or the diet it goes into or recent increases and shortages in the UK, let alone that in some countries people may choose to spend more to eat better (this is certainly my experience in France and Italy, lands of my ancestors).

In 2018, food in the UK cost 8% less than the EU average according to the same BBC article channelling Eurostat data, but makes no mention of cost of living, relative income, and so on.

This shows the danger of a single, often out of date and out of context piece of information being used to misinform or present a single point of view. Delving into the article is a statement that warns of the impact of a no-deal Brexit (close to what we have ended with) leading to a ‘pretty significant increase in the cost of fruit and veg’ as well as meat and dairy.

But cheaper is not better or healthier and may have hidden costs: poor health means impacts on worker productivity, health costs, etc. For example in 2018, inews reported that Britain has the worst diet in Europe.

So spending just 8% of household income (2016 figures) on food that is relatively cheap may mask a lot: low quality, poor cooking, and wealth disparities. US data shows that over a quarter of a century, “the poorest 20% of households … spent between 28.8% and 42.6% on food, compared with 6.5% to 9.2% spent by the wealthiest 20% of households”.

Data for the UK is similar as shown in the table below from the government’s own data.

UK Food poverty is among the worst in Europe

That’s not all. The Big Issue reports food poverty in the UK is among the worst in Europe, with people in food poverty unable to buy ‘sufficient nutritious food’ or finding it hard to get in food deserts, where access to shops with healthy and affordable fresh food is limited.

Other European companies may also shop more seasonally; for example, a kilo of tomatoes in France ranges in price from 1.4 to 4 Euros (2.89) over the year, but in season they will be at the lower price, while savvy shoppers will use passata or tinned tomatoes out of season.

Most French people know how to cook. In Italy, the yearly average is cheaper still at two Euros with a kilo of high quality tomatoes currently priced at 1.75 Euros – which is cheaper than the UK’s current price of over £2 for vine tomatoes (which rarely compare in quality to what you can get in Italy).

Food poverty in the UK

Relative poverty will also be a factor. In the UK, there are 14.5 million people in poverty according to government figures. It is so bad the UK has come under fire from the UN:

‘The UK’s social safety net has been “deliberately removed and replaced with a harsh and uncaring ethos”, a report commissioned by the UN has said’.

The government ridiculed this report as it so often does to anything it dislikes. But the same 6th October BBC programme (roughly 10 minutes in) saw Paul Scully MP minister for small business and London, scoffed at the idea that more people would need food aid. As with recent comments on supply chain chaos, the impacts of Brexit once dismissed as project fear are now claimed as part of some ground plan to remake the country.

Food in the UK is also cheap because of the relentless squeeze on UK farmers and small food companies. How does this help in the long run other than to help the government drive down wages, increase reliance on cheap labour from overseas, or force us to sacrifice domestic food production and replace it with poor quality imports?

The cheapest food in Europe goes to…

Meanwhile EU data, covering 37 European countries including the UK showed the cheapest food in the EU was actually in… Romania.

The cheapest food overall was in North Macedonia and Turkey.

Britain is in the middle for costs, but food for poor households is relatively expensive, and will be harder to source for those without cars or taking home deliveries. Britons eat a worse diet than any other Europeans, and if fresh food is reasonably available its quality is nowhere near France, Italy, or Spain.

Cherry-picked data doesn’t compare UK to all of Europe

So yes, Eurostat does show Britain having the cheapest food in Western Europe, but not in Europe as whole – and this is a very misleading picture: the data is not contextualised.

Does it account for the availability of non-supermarket, local shopping for fresh food which exists in other countries but not the UK? Possibly not. It certainly does not remind us that Britain has been slated for low quality of life, bad diet, food poverty and so on. But such cherry-picked claims are being used to gaslight the nation into thinking it’s OK.

But presently prices are rising, and supplies are under threat to all but Northern Ireland, which Lord (help us) Frost is currently trying to drag back to the level of the rest of us.

The Men from the Ministry are coming. To Wolverhampton!