Under cover of both the pandemic and Brexit, the government has already given itself the ability to make laws with only nominal parliamentary involvement, in other words without asking you. 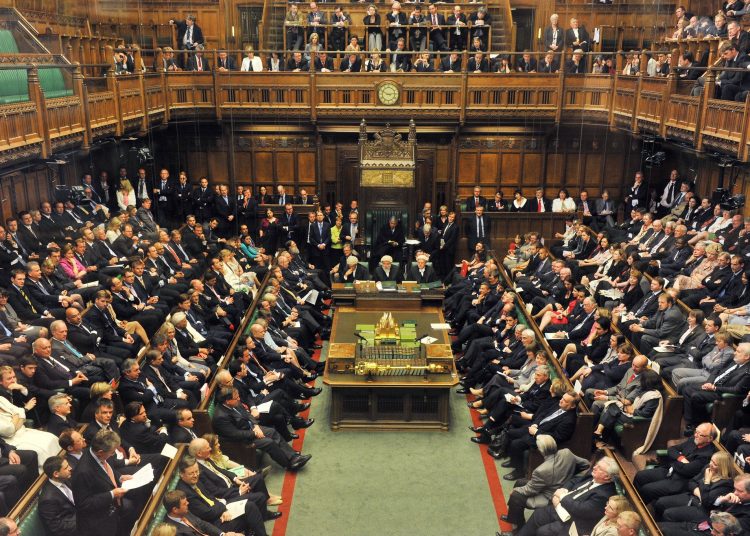 "41. The House of Commons sits for the first time in the new Parliament, following State Opening" by UK Parliament is licensed under CC BY-NC-ND 2.0

An open letter to all rank-and-file Conservative MPs.

I write this as a blatant appeal to your self-interest. You number three hundred strong, and I cannot know the reasons why each of you, individually, chose to pursue a career as a member of parliament. I’m sure they are many and diverse.

However, I feel I am on safe ground when I say that none of you entered politics with the intent of becoming irrelevant, unheard and ineffective. Yet that is precisely what is happening to you and will continue to happen to you unless you come together to act.

It will not have escaped your notice that the government, since its election, has relentlessly pursued ways of increasing its own power and autonomy. In the main, these have fallen into one of four categories:

Under cover of both the pandemic and Brexit, the government has already given itself the ability to make laws with only nominal parliamentary involvement, in other words without asking you. This puts you in an utterly invidious position. It leaves you on the frontline of your constituency, taking the flak for decisions made at Westminster that you have no say in. You are being sidelined.

It is not within the scope of this letter to ponder the reasons why the government is so keen to make itself unaccountable to you, to parliament and to the judiciary. I leave that to your imaginations and to your consciences.

I don’t understand why you have let this get so far already. One or two of you occasionally mutter slightly in protest but the efforts appear token at best. Are you trusting that your loyalty will be eventually rewarded with a ministerial post? In which case, let me remind you that the cabinet continues to entertain Gavin Williamson, Robert Jenrick and Priti Patel, all of whom retain the confidence of the prime minister. It seems that nobody ever leaves this Cabinet; you are probably waiting in vain.

As Conservative backbenchers, you are in a unique position. Not only are you the people closest to and most immediately demeaned by the government’s power grab, you are also the only people who have the means to do anything about it. For your own sakes, I beseech you to exercise those means while you are still able to. Because it looks as if you won’t be able to for very much longer.

It’s either that or become an irrelevance. Your choice.