Striking a balance between confronting and erasing history isn't easy - we must understand, but resist the urge to rewrite. Clark Renney looks at how this is being approach in the UK and USA. 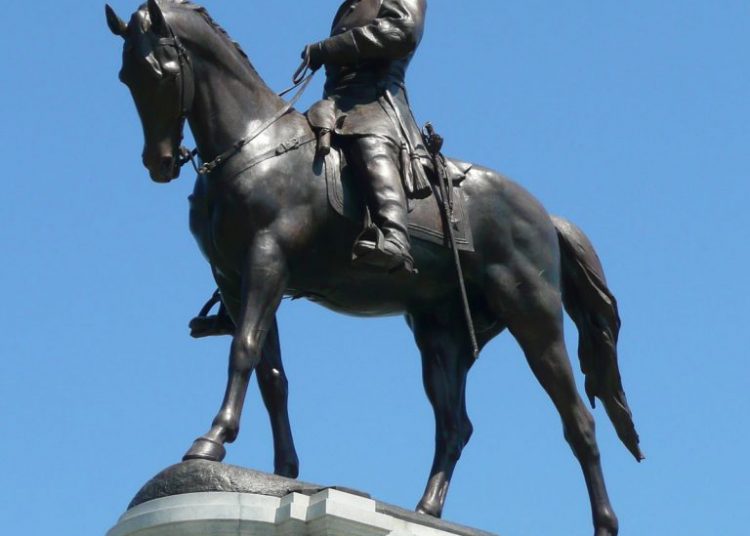 One year ago, the world watched in horror as George Floyd died on a public street at the hands of a police officer in Minneapolis, Minnesota. That officer has since been convicted of second and third degree murder and manslaughter, and is awaiting what will undoubtedly be a long custodial sentence.

Our dark past: confronting history doesn’t mean erasing it

In the wake of Mr Floyd’s death the Black Lives Matter (BLM) movement exploded onto the world stage, both garnering support and provoking backlash. Once again a fierce debate has been raging about the darker aspects of our past, and how we should confront it. But the operative word must surely be ‘confront’. It must not be ‘erase’, lest those who can no longer remember that past find themselves repeating it.

Here in the United Kingdom, the BLM movement led to angry protesters in the city of Bristol tearing down the statue of a slave trader and throwing it into the harbour. Other statues have also been removed. Oxford University are still embroiled in acrimonious debate about a statue of one of their most famous benefactors: Cecil Rhodes, a colonial white supremacist.

The British Royal Air Force recently changed the gravestone of a famous dog, the mascot of the legendary 617 ‘Dambusters’ Squadron. In 1943, the name was actually sent back by Morse code to indicate the breaching of the Möhne Dam. Today, it is no longer deemed acceptable.

Conversely, when a dance troupe staged a performance in support of the Black Lives Matter movement on British television, the company received almost sixteen thousand complaints from viewers, whose motives were perhaps more sinister than their oft-stated belief that a political point should not be made on an entertainment show.

Confronting history in the USA

Meanwhile in the United States, statues of those who led and fought for the Confederacy in the Civil War of 1861-1865 are meeting similar fates to their British counterparts. Pressure is also mounting for military bases to be renamed where they bear names of former slave owners and Confederate leaders.

The American debate is an interesting one. Many of these monuments were not actually erected until long after the Civil War, appearing during the ‘Jim Crow‘ era and frequently being financed by an organization calling themselves the ‘Daughters of the Confederacy‘. These statues of southern commanders such as Robert E. Lee, ‘Stonewall’ Jackson and Nathan Bedford Forrest seem to have entered the scene with a curious synchronization to the civil rights movement.

It could well be argued that the Americans did not seek to erase their history by taking these monuments down, but by putting them up. However, quite where some Americans intend to stop with this is problematic from an historical standpoint, since George Washington and Thomas Jefferson among other Founding Fathers were both slave owners.

In the Bible, St. Paul writes to the Romans: ‘for all have sinned and fall short of the glory of God,’ (Romans 3:23[1]); or to put it more secularly: ‘nobody’s perfect’. The simple fact is that if we tear down every statue, picture and street name of anyone who ever had faults, we shall be left with nothing but a grey, bleak, Orwellian nightmare. Moreover, we shall be in danger of repeating the very history we tried to erase, simply because it offended politically correct sensitivities today.

This is the very scenario which George Orwell warned us of in his novel, Nineteen Eighty-Four[2], where the ill-fated character Winston Smith worked for the ‘Ministry of Truth’, (which was anything but); and where his task was to constantly erase and re-write history. (Oceania is at war with Eurasia. Oceania has always been at war with Eurasia).

Of course, a balance does need to be struck; undoubtedly some statues should not stand. The Bristolian slave trader should have gone long ago. The Germans are acutely aware of their history, but a statue of Adolf Hitler does not stand in front of the Bundestag, nor a picture of Joseph Goebbels on the walls of German television studios.

However, we must surely be careful also of replaying elements of America’s infamous ‘McCarthyism‘ era in the 1940s and 1950s when, without any substantive evidence, many were accused of being communists or communist sympathizers. Other targets appear to be songs, like the school, or ‘fight song’ of the University of Texas at Austin. This is sung at the hugely popular college football games when their team, The Longhorns, take the field.

The message of these words seems to be: ‘Wherever you are, the eyes of our proud state will always watch over you, until the end of time’; which seems fairly innocuous.

But some are now exploring the history of the song and drawing some disquieting conclusions, claiming that the words are subconsciously linked to the Confederacy’s ‘Fallen Cause’ and thus have racist undertones. The decision on the future singing of this famous old anthem will be made by the University of Texas. But the decision as to what kind of world we want to live in lies with all of us.

History itself is not bigoted

This article began by suggesting that people confront their history, not seek to erase it. History of itself is not racist, sexist, or anything else. It is simply what happened. It is the human story. No doubt there are many parts of history that humanity would wish never to repeat. Ensuring that we do not requires the bravery to face it, accept it, and tell it truthfully to coming generations.

If we do not resist this mad rush to re-write our past because some people are offended in our present, we are in danger of throwing the baby out with the bathwater. We could end up replacing one tyranny with another where reality exists ‘only in the mind of the Party, which is collective and immortal.’