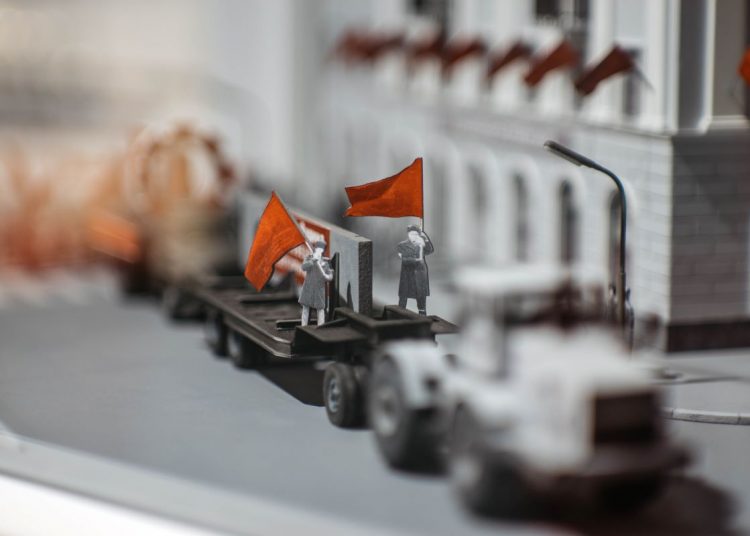 Photo by Ant Rozetsky on Unsplash

Where do Britain’s Communists stand on the war in Ukraine? Do they support Putin or Zelensky – or neither? Do they blame the Russian leader or NATO – or both?

Who do they blame?

The Communist Party of Britain opposes the invasion, but also calls for a negotiated settlement that “respects Ukrainian sovereignty and recognises Russia’s legitimate concerns about NATO’s 26-year long military build-up in eastern Europe and parts of the former Soviet Union”.

The Communist Party of Britain (Marxist Leninist) says that

“Russia’s invasion is one side of the story. NATO has stoked the fires too, treating Ukraine as a more or less willing pawn in its own bid for greater power.

“Our main enemy is our own imperialist state. The job of the British working class is to deal with our own capitalist class’s imperialism. Our first responsibility is to call for Britain to leave NATO…..a war machine which aims to bring any nation state seeking independence to heel. Britain has no business being a member”.

According to the Communist Party of Great Britain (Marxist Leninist) “the western strategy will be to incessantly manufacture fake news and intensify the information war. Even some false flag operation may be staged under the supervision of western intelligence operatives.”

The Weekly Worker, organ of the Communist Party of Great Britain says that

“Putin has already lost … a horrible, grizzly, prolonged war” in the face of NATO measures “designed to cower Russia militarily, pulverise it economically and ultimately bring about regime change.

“Biden’s ‘off the cuff’ remark about how Putin cannot be allowed to “remain in power” is, of course, the truth. He talked of instituting a “new world order” – led, naturally enough, by the good old USA. That is American imperialism’s grand strategy for the third decade of the 21st century.

“With his misjudged Ukraine adventure, Putin has brilliantly managed to trigger a NATO-armed people’s war.”

“endemic corruption and robbery at the top” of Russia’s system for the Russian army suffering not faulty strategy and faulty intelligence. There is a lack of fuel, lack of food, lack of ammunition.

“Ukraine is a sacrificial pawn played by the US in its great chess game for total world domination. Fired by patriotism and armed by NATO, Ukrainian forces have already humiliated Putin. Zelensky is the capitalist media’s hero.

“Putin could well find himself ‘retired’ by the FSB-state elite. We could conceivably see the disintegration of the regime itself.

“Meanwhile, Russia finds itself diplomatically isolated. The only danger, as far as the US is concerned, is that a humiliated Russia will throw itself into the protective embrace of China, becoming its Austria-Hungary.”

The New Communist Party of Britain “strongly condemns the heinous joint provocation by Ukrainian and Western politicians and demands a comprehensive and scrutinised investigation not staged fakes, but of numerous real crimes of Bandera Nazis, including the brutal torture of Russian military.”

It also accuses the “imperialists of “obstructing in every possible way the departure of citizens from settlements in combat areas” and using Ukrainian claims of Russian atrocities to sabotage the peace process by stepping up their sanctions regime and pumping in more arms to the Zelensky regime.”

“has always been interfering in the internal affairs of Ukraine from this standpoint of dividing Ukraine from its close relations with Russia” and “weakening the Russian Federation in the interests of US domination.

“The working class and people here in Britain must oppose US/NATO expansion and the provocations against Russia, seek truth from facts, and settle scores with our own pro-war government, fighting to establish in Britain an Anti-War Government.”

“calls on all the peoples and nations of Britain to oppose warmongering, lies and disinformation and actually to seek truth from facts in the service of what favours the peoples of Ukraine, Russia, Europe, Britain and globally.

“NATO must withdraw from Eastern Europe and be dismantled! Oppose the warmongering of the British government and the cartel parties in the Parliament! No to Anglo-US/NATO Warmongering! Fight for an Anti-War Government.”

“the war is the beginning of a new and more dangerous phase of imperialist confrontation: the capitalist gangs, on both sides, fight each other to impose their economic, political and strategic interests; talk of peoples’ rights, democracy, the fight against Nazism, are just grotesque propaganda covers to justify the very high cost that will be passed on to millions of people.

“The Ukrainian proletariat, the population under the bombs are victims, but so too are the conscripts, sons of the Russian proletariat sent to kill and be killed by ‘their’ bourgeoisie. The Russian working class pays and will pay the costs of war, like that in Ukraine, Europe and the wider regions of the world, with a new deterioration in living and working conditions.”

It says that “Capitalism means war and it is capitalism that has to be stopped. We therefore propose to set up ‘No War but the Class War’”.

This analysis shows a mixed bag of reactions to Putin’s invasion – some opposition, some support. But there is sharp criticism of NATO, and – unsurprisingly – calls for Britain to leave the organisation.