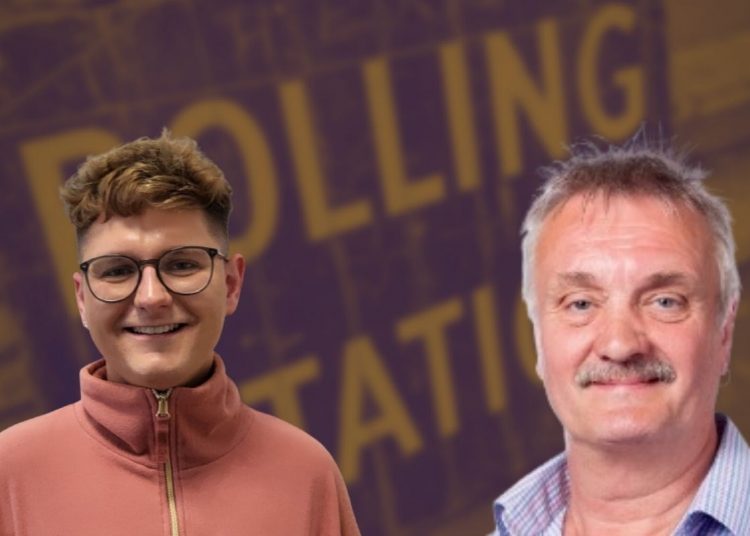 Photo from pixabay: author Mounsey, has also been adapted by Alex

The race in Allens Cross is neck and neck. After several months showing a consistent Labour lead in the polls nationally, the ward is too close to call in the closing days.

In the weekend before the election, a small team from Central Bylines handed out gazettes detailing our work in the ward, and spoke with voters in the process. In the process, we met traditional Conservatives who refused to vote for the party of Johnson, along with those frustrated at the lack of response on the cost of living crisis, but who valued the work their incumbent councillor Conservative Eddie Freeman, had done in the community. We also heard warm words about his challenger, Labour’s Jack Deakin. Several residents discussed having met him, and many noted the persistence of his campaign.

In short, there is no clear sign of how election night will turn out.

We were, however, able to obtain promotional material from both candidates in advance of the poll. So, what is their message to voters?

Jack Deakin: a promise of action on the cost of living crisis

“Conservative Councillors and MPs are out of touch, out of order, and out of their minds if they think ordinary people like me and you can weather this cost-of-living crisis.”

Deakin’s leaflet opens. The main focus of the mailer is the cost of living crisis, with no mention of Partygate or any Westminster scandals. The clear antagonist of the leaflet are the national Conservatives. Deakin fails to mention a named politician, or his opponent, focusing purely on the party as a whole.

The leaflet also features Labour’s “contract with the British people” including more homes, cheaper bills, and investment in schools, while calling the Conservatives out on high energy prices, and the impact of austerity leading to an increase in crime and anti-social behaviour, and poorer roads.

“I’ve knocked doors on every street in the ward to chat with local people to hear about your issues – if you elect me, I’ll do that all year round so that I can continue to stand up for you.”

It’s clear from the pamphlet that Deakin is aiming to present himself as at one with the community. Touting his experience growing up in a single parent household, working as a healthcare assistant and tutoring English, he makes it clear that he is not a ‘career politician’.

“10 reasons to vote for Eddie Freeman” touts the incumbent councillor’s 37-year history in the ward, clearly highlighting his local routes. Of his ten reasons, two include his position as governor at local schools, three involve completed local campaigns, and two involve active work liaising with the community. Some are more vague, including “Eddie is keen to support businesses in Allens Cross” and “Eddie is pleased that, despite a large amount of trees going over the years new ones are now being planted across the ward to continue to keep it clean”. Nonetheless, it is clear that he has actively worked to make the community better.

The leaflet does not mention any new promises for the community, but does attack Deakin for being “parachuted” into the ward. “Birmingham Labour are insulting us by selecting someone with no local ties”, the leaflet declares.

Just 1 day to go until the election

It is clear what both candidates’ theories of change are. While Deakin is rallying on Conservative inaction both nationally and locally, Freeman seems to be attempting to distance himself from the Conservative brand, and to make the issue primarily about the candidates’ local credentials.

Which one will be proved correct is yet to be seen. Who will you vote for tomorrow?