EU citizens had the right under EU free movement law to live their lives in the UK but now must ask for permission to continue to do so. 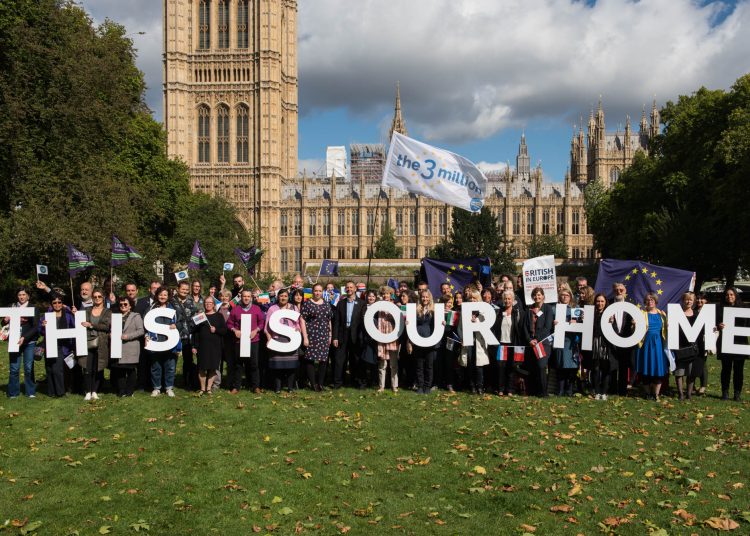 Image by the 3million

For decades, EU citizens had the right under EU free movement law to live their lives in the UK but now must ask for permission to continue to do so by applying to the EU Settlement Scheme. From today, they only have 90 days left until the application deadline of 30 June, after which many changes for EU citizens’ rights in the UK will come into full effect, which will leave some without legal status altogether.

The government has championed the scheme as a national success story and dismissed the concerns raised by many of a new “Windrush in the making”. In reality, the scheme is beset with problems which are already having a real impact on the daily lives of EU citizens who have made the UK their home.

Take Carlos for example, a London bus driver for 20 years, who has been waiting for over a year to hear from the Home Office about the outcome of his application. The application backlog is affecting nearly 400,000 people. Carlos speaks for many of them when he says, “I feel like time is running out – I still don’t know if I can continue my life.”

Meet Carlos.
He applied to the EU Settlement Scheme 13 months ago. Still waiting for his status.

In 96 days his passport will not be sufficient anymore to prove his right to work and live in the UK.

Carlos is only one of the almost 400k people in the application backlog.

Worryingly, we don’t know for how many people time is running out because the UK has never registered EU citizens. When the EU Settlement Scheme launched, it was estimated that just over three million people would need to apply. We have now seen over five million applications and clearly have no measure of success anchored in reliable data. Even if the EU Settlement Scheme reaches 97% of its target, as was achieved by the highly successful UK-wide transition from analogue to digital TV, this would still mean over 100,000 people having no lawful status on 1 July this year (Report the3million submission to Independent Monitoring Authority February 2021, page 7)

Carlos’s story highlights just one of the myriad unresolved issues facing EU citizens in the UK. The campaign group the3million, has launched the #GetReady campaign to raise awareness of these issues and of what will change on 1 July.

So what will change on 1 July?

EU citizens will no longer be able to use their passport or national identity card to prove their right to work, rent and access services. Instead, they and their prospective employers, landlords and service providers will need to go through a complex new digital-only process to view and prove this new immigration status. Those who have applied but are still awaiting an outcome on 1 July will clearly not be able to do this and so will lose out on job opportunities, not be able to move to a new home or be wrongly charged for hospital treatment.

The lack of a physical document will create huge problems for people without easy access to the internet or devices or for those who lack the digital skills to use them. Discrimination is likely to follow since these issues will disproportionately affect more vulnerable citizens including older people and people with certain disabilities. The complexity of the system or problems with its availability may lead to employers and landlords favouring those with physical proof, either to avoid the inconvenience or out fear of the severe consequences of employing or renting to someone without permission to be in the UK.

The greatest concern must be for those who do not make an application in time. Many long-term residents, spouses of British citizens and holders of now-invalid permanent residence documents still assume they do not need to apply. Parents remain unaware they need to apply for their children. Older people, people with certain disabilities and other more vulnerable citizens are again perhaps at greatest risk here as a result of not having been reached by the limited government awareness campaign or a lack of awareness of those supporting them. The pandemic has also severely limited specialist in-person support from approved immigration advisers for over a year, meaning many that do know they need to apply are still struggling to do so.

People without status will start to experience issues from the first time they are asked to prove their rights. They will be refused their flat, bank account, job, hospital treatment or benefits.  They could lose the job and home they already have, be left without access to state support and ultimately face removal from the UK. Do we really want to punish someone who misses a deadline by removing their right to live in their own home forever?

Wherever you stood on the Brexit issue, whether you are an EU citizen, a British citizen or a national of another country, the many problems ahead for EU citizens are about people not politics and should be a concern for us all.

Mark Vaughan is a volunteer with the3million campaigns team.