The government has been awarding contracts worth millions to companies with no experience in supplying PPE. 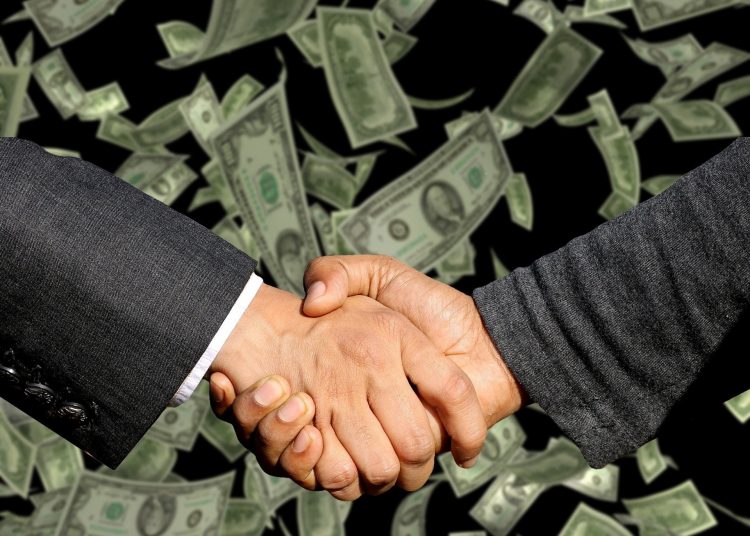 In a functioning democracy the average person isn’t thinking about government procurement policies. If we do give it thought, we might expect that the government awards contracts under a fair and transparent system that prevents corruption and ensures a good deal with taxpayer money. In such a democracy, we are not glued to our phones with a sick feeling reading a list of contracts awarded to cronies and pals or trying to unravel a chain of off-shore companies and tax havens that eventually leads back to a government advisor. And yet this is what we find ourselves doing under the current Conservative regime.

Under the guise of emergency powers enacted to speed up the procurement process for buying personal protective equipment (PPE) the government has dispensed with all the usual rules that ensure a fair process and has been awarding contracts of hundreds of millions of pounds to companies with no experience in suppling PPE but who do have ties to the Conservative party.

The Good Law Project is a ‘not-for-profit membership organisation that uses the law to protect the interests of the public’. Since March, they have turned their attention to lifting the lid on the large-scale misuse of public money that they have dubbed the ‘PPE fiasco’.

There is the case of Crisp Websites Limited, trading as PestFix, who have been awarded a third of a billion in PPE contracts since April according to figures compiled by The Good Law Project. This is despite the fact that PestFix is an extermination company with just over £18,000 in assets last November and who had no expertise in supplying PPE.

Or how about the sugar and chocolate wholesaler, Clandeboye Agencies Limited, which was awarded contracts worth approximately £108 million for the supply of PPE for use by NHS staff. Perhaps unsurprisingly the government eventually admitted that 6 million gowns had not been delivered months after the contract was awarded.

Another baffling decision was to award a contract for £252 million for the supply of facemasks to a company called Ayanda Capital Limited. Ayanda’s website describes it as ‘a London-based family office focused on a broad investment strategy’. What might that have to do with facemasks you might wonder? The Good Law Project wondered too, and after digging were able to discern that Ayanda is owned by the Horlick family through an entity in Mauritius.

Further investigation by Jolyon Maugham QC of The Good Law Project uncovered that one Andrew Mills claims to be a Senior Board Advisor to Ayanda as well as an advisor to the current government’s Board of Trade. It might not surprise you to find out at this point that £50 million pounds worth of those face masks turned out to be unusable.

All of these contracts were single bidder contracts, meaning that there was no competition, no opportunity for the government to check if the price was competitive, and no way to ensure that a transparent process was taking place. Indeed the government, by its own rules, has to publish details of contracts within 30 days, a rule that seems to have gone out of the window as demonstrated here by Jo Maugham and Tussell UK who have calculated that there is £3.3 billion missing in unpublished contracts for PPE.

If at this point your head is swimming with advisors, connections, corruption and cronies you certainly won’t be the only one. More scandals come to light each day that put the government decision not to fund extra free school meals, or to grant the additional funding sought by Greater Manchester into even greater doubt.

The most recent instalment centres around leaked documents that demonstrate how cabinet contacts were given licence to charge 25 per cent more than the market price through special procurement processes. Legal proceedings have been issued and more information is being revealed every day but with deaths rising and hospital admissions again making headlines, the worry might be that the public doesn’t have the bandwidth to take in any more bad news.

Faye Forde is a member of the Green Party, Loughborough Branch. Originally from Cork, Ireland Faye has lived in the UK for 3 years. Faye works for a national cancer charity and is a very keen reader and a moderately keen walker.