The cuts coming to the UK’s aid budget are a clear sign that the ‘Global Britain’ slogan is just another meaningless soundbite. 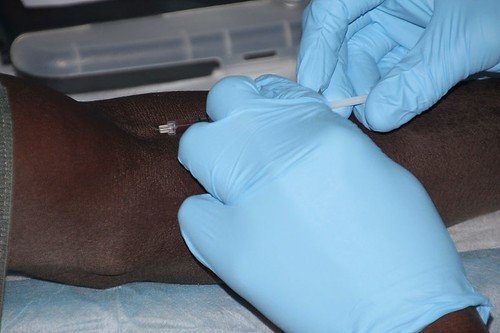 The cuts coming to the UK’s aid budget, a reduction in its commitment from 0.7 to 0.5 per cent gross domestic product (GDP), are a clear sign that the ‘Global Britain’ slogan is just another meaningless soundbite.

Spending 16 years living and working in West Africa, gave me a clear perspective on the usefulness of the UK’s overseas aid budget, which the government is proposing to slash. Therefore I feel very concerned about the government’s stated intention to reduce the budget from 0.7 per cent to 0.5 per cent of GDP.

On paper, this doesn’t sound very much but it means a considerable reduction in useful aid given to help both in crises and in long term development of poorer countries. The difference between 0.7 per cent and 0.5 per cent is a reduction by almost a third! It is also likely that the actual expenditure will fall in the near future anyway, because of the combined effects on the economy of both Covid-19 and Brexit. So reducing the percentage will make any actual fall even more significant if the reduction of 20 per cent GDP during the second quarter of 2020 caused by the pandemic proves to be the right estimate.

At the same time, the government is intending to increase military spending. In our present world, paying for research to prevent cyberattacks is understandable. But we already spend/will spend vast amounts on Trident, something which is essentially for posturing, and not productive. It is comparable in some ways to Jane Goodall‘s low-ranking chimpanzee at Gombe, which discovered that noisily banging two kerosene cans together made such an impression on the other chimps it rose to become top chimp. However, our ancient simian instincts do not work properly here, because Trident is so lethal it can’t be used, whereas a tin can is perfectly harmless. [A study of our top chimp, Boris Johnson, would be a different story.]

On the other hand, think of ‘soft power’ and influence. Throwing out legal British residents caught up in the Windrush scandal on spurious grounds or extravagant military adventures abroad can gravely damage our reputation in other countries. But there has clearly been a much more positive and genuinely useful side with the UK aid programme.  The government website giving the statistics for aid spending in 2018 states: “It is administered with the promotion of the economic development and welfare of developing countries as its main objective” and “It is concessional, including grants and soft loans”.  And even General Lord David Richards, former head of the British Army, said it was in the UK’s interests to be “as generous as possible”, telling the BBC: “It’s much cheaper than fighting wars.”

Consider malaria, a widespread major problem in many poor countries, from which 409,000 people died in 2019, according to the World Health Organization (WHO). Two thirds of these deaths were of children aged under 5 years occurring despite many anti-mosquito measures, from treated bed nets to prevention of stagnant water where the larvae can breed. Malaria frequently kills adults as well, though. My colleague’s son, a university student in Iife, died suddenly in his final year and the prime of life. His family, very proud of him, were devastated.

But malaria is a protozoan parasite, not a virus, and it has been notoriously difficult to develop a vaccine, despite many years of trying.

The Oxford team that developed one of the Covid-19 vaccines has also developed a malaria vaccine. Professor Adrian Hill, the director of Oxford University’s Jenner Institute said their vaccine is about to go into stage 3 trials (the last stage) in various African countries, and they are hopeful it can go into production in 2024.  Professor Hill also said the Government’s proposed aid cut was substantial, and many workers in this field are worried that if the vaccine really works a lot of money will be needed to make sure it is manufactured at sufficient scale and widely available.

When I was in northern Nigeria with my daughter, just a few months old, she became feverish late one afternoon. By 11pm she had a raging high fever, and I had absolutely no idea what to do! Fortunately, I was advised that the local teaching hospital eight miles away had an emergency paediatric department with a doctor on duty 24/7 and she was successfully treated there. But the ward itself was a nightmare too. Every bed had three little patients laid sideways across it, all apparently on drips (they had a large meningitis outbreak that year as well as a lot of malaria). In time I learned how to cope with malaria better. But many small children live far from a hospital or a doctor, transport is not available and their parents can do nothing late at night anyway. So they may just die.

Our prime minister, Boris Johnson, has recently had a young baby. I ask him to imagine how frightened he would feel if his baby like mine developed malaria late at night and he had no resources to deal with it. Perhaps if he hadn’t cut the aid then in a year or two his baby could have been vaccinated instead.

A high death rate like this must encourage people to have large families, so enough children survive to look after them in old age. Population growth brings its own environmental problems too. A malaria vaccine would prevent much of this and is just the sort of project needing substantial funding help at the level of governments to save many lives, beyond the reach of charities. It would be criminal to ignore such an issue, which would benefit so many people. And it could generate so much good will towards Britain!

Another example of useful UK aid is matching donations to the charity Water Aid’s current Future on Tap appeal.

Finally, it seems necessary to point out that poor countries are suffering from Covid-19 just as we are. But it is unlikely that many have the resources to tackle the epidemic. Development of vaccines should improve the situation but only if, firstly, the vaccines are made available to them and secondly, if they can afford the necessary infrastructure. They need things like solar fridges to store the vaccines in rural areas or needles for injecting, which in my experience may be in short supply. If we don’t help developing countries to vaccinate their populations the virus will clearly come back to Britain and attack us again.

The attempt to reduce our overseas budget by one third is clearly proof that ‘Global Britain’ is just an empty slogan.