The tragedy of Richard Okorogheye’s death, is that we failed to learn any lessons of racism leading us to repeat this avoidable mistake. 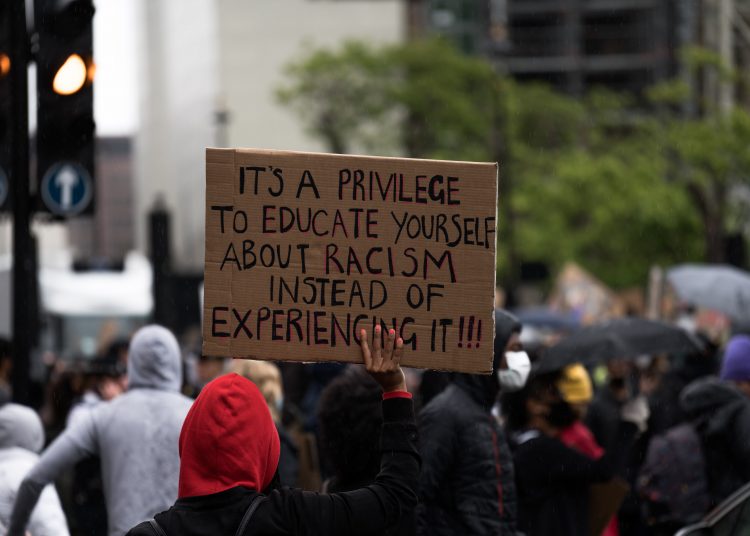 Black or white. Photo by James Eades on Unsplash

Despite the UK government’s Commission on Race and Ethnic Disparities (CRED) report making the claim that the UK was not institutionally racist, there has been another tragic reminder of how wrong this CRED report really was.

The report was heavily criticised by academics and professionals alike, yet it served the purpose of absolving the government of any responsibility to tackle the institutional racism that exists with its own ranks, and across the UK.

This choice to ignore the problem not only does nothing to prevent it, but now legitimises total ambivalence and disregard for BAME lived experiences of racism and oppression.

The way police respond and the news report on tragic events, together with the disparity in how the public respond to them show us clearly that racial disparities exist within the UK.

The abhorrent murder of 33-year-old Sarah Everard led to a huge wave of protests and campaigns hoping to once and for all address the deeply ingrained issue of violence against women. It was clear that her death not only mattered enough to catch the national attention but to hold it.

This is in stark contrast to the disappearance of 16-year-old Richard Okorogheye. Despite Richard initially being reported missing within the same month in which Sarah Everard was murdered by a police officer, Richard’s mother was met with total complacency and negligence. Officers were reported as saying that ‘if she could not keep track of him how were they supposed to?’

Where we saw a full-scale search and Sarah’s disappearance making headline news whereas for Richard we saw nothing of the sort. The stories we did see placed a focus on Richard’s sickle cell disease and its associated risk to Covid-19 infections.

I’m sure news and media agencies meant only to stress the extended risk Richard was under, however, it does beg the question why does there need to be an additional reason for us to care about a young man, a boy, that’s gone missing?

Would we have had to be actively encouraged to care about his disappearance if he were white? I don’t think so.

The tragedy of not only Richard Okorogheye’s death, but also the UK’s relative ambivalence to his story is that it seems we failed to learn any lessons leading us to repeat this avoidable mistake just two months on.

Such lessons could have prevented the murder of Dea-John Reid. A fourteen-year-old from Birmingham who was stabbed to death just this Monday. Reid reported racial abuse and even death threats to the police just five days before he was stabbed by a group of white teens along with a 35-year-old man. who has been arrested on suspicion being involved with the attack.

As abhorrent as the deaths of Richard and Dea-John are on their own, they are just the tip of the iceberg. Despite its minimal attention in mainstream media, it is well understood by those who care to look that black people are going missing at an alarmingly disproportionate rate.

The role of the government

The reason comes from the top. At one point the government at least tried to pretend to stand against the racial prejudice exists within Britain’s institutions. Yet with the release of the shameful CRED report, ambivalence to the loss of black lives has become officially absolved by the state.

They are officially no longer trying to support BAME individuals in Britain and instead choose to tell us that all the lived experiences, the micro-aggressions, the racially fuelled hate that goes on in this country do not exist.

As long as the police and government refuse to admit that racism exists then they can continue ignoring the problem and claim Britain is free from racism. While they do, racially motivated violence will continue and systematic racism within the media will continue to sweep the issue under the carpet, and black people will continue to go missing.

What you can do

If you’re tired of the shameless dismissal of racism and rejection of lived experiences of BAME individuals then here are some steps you can take. A simple step is to contact your MP and demand their support of BAME rights in parliament.

It’s also vital to assess our relationship with racism. I don’t think any of us would think we’re racist, yet undoubtedly we contribute to and permit racism to continue.

Acknowledging and accepting this is the first step to actively changing it, a step that relies on us taking personal responsibility to call out racism in all forms when we witness it. This means calling out your friends’ poorly thought out ‘joke’, your family members’ use of out-dated language, and actively supporting BAME stories.

It’s a failing of ‘white culture’ that we appear more embarrassed to confront our racist friends or family than we are to let them continue to perpetuate racist micro-aggressions.

Below are some further links to programmes and initiatives across the UK:

To show support for the families of the boys mentioned in this article directly:

To support Dea-John Reid’s family with funeral costs visit the GoFundMe in his Dea-John’s memory.