Since Brexit a West Midlands company is struggling to move wine from Italy to the UK. Extra layers of red tape have brought the UK wine business to a standstill. 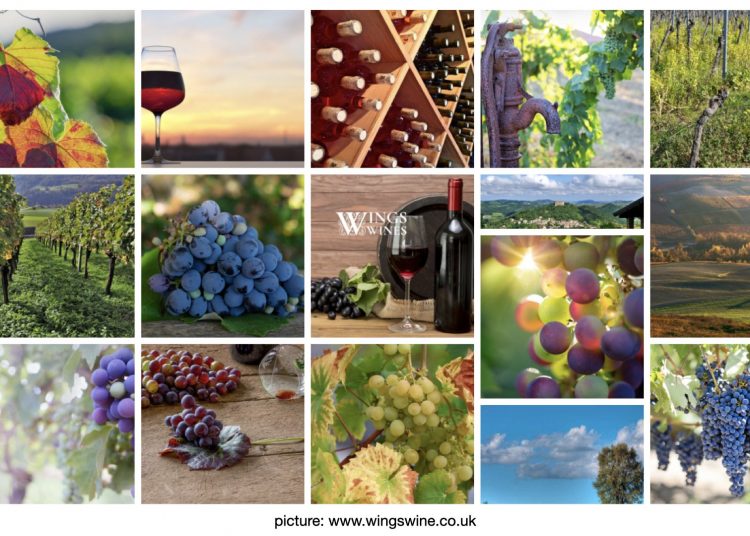 Claire Dymond is nearing the end of her tether. Claire is the founder and director of Wings Wines, a company which exports small batch, high quality Italian wines around the world, including – at the moment – the UK. She started the successful business ten years ago and now divides her time between the West Midlands and northern Italy.

On 6th June, she sent a shipment of wine from Italy to the UK, all paperwork present and correct. That simple action brought her business to a dead stop. Four months after making the shipment, there is still nothing she can do about it.

It used to be so simple

Moving wine around the EU is very straightforward. The producer generates an electronic Administrative Document (eAD) for their wine which keeps tabs on it until it reaches its destination. The customer completes the transaction, the eAD is closed and the producer gets a receipt for the goods so any tax or excise guarantee payments paid up front can be reclaimed.

Claire acts as the middle man between producer and customer. She takes the orders and organises the shipment. She pays her logistics company a flat fee (about £20 per shipment) to deal with the eADs and doesn’t have to think about it.

But Britain has left the EU. Finally we have leapt free from the shackles of Brussels’ bureaucracy and can buccaneer around the world, swiping the choicest trade deals from under the nose of our lumbering rivals.

Ask Claire what she thinks about that. After Brexit, she tells me, we could have continued to use the convenient and efficient eAD system for alcohol and tobacco, but the government refused.

Today, when Claire organises a shipment of wine from Italy to the UK, that shipment still needs an eAD. But it is valid only as far as the edge of the EU (Calais or Rotterdam, for example). To go beyond the EU, the wine needs another form – an EX1. This must be completed in Italy and costs Claire an extra £100 per shipment. An extra £100 to duplicate information that is already on the eAD.

At Calais, a customs officer checks the shipment against the EX1 which is handed back to the logistics company. The form must be uploaded onto the eAD before the wine is allowed on to the ferry. Without the EX1, the eAD cannot be closed. This, as we shall see, is a major headache for the wine makers – and for people like Claire.

But we still haven’t finished. A third form is needed – the C88 – for use at UK ports so that Her Majesty’s Customs and Excise can calculate the duty on the shipment.

It is the logistics companies that have to deal with all this extra, non-Brussels’ bureaucracy and it’s not going well. The system is overloaded and the logistics staff have been dropped into this new normal with little training or preparation. Besides, once the paperwork is done, the embattled haulage firms currently don’t have enough drivers to move the wine around promptly.

This has obvious implications for consumers like me who just want a nice glass of Gavi of an evening. Seventy per cent of the wine we drink here in the UK is imported from the EU.

The day before I spoke to Claire she had received an email from her logistics firm increasing their charges by £100 on a full container. Whilst we were talking, she did a quick reckoning in her head. A bottle of wine that, pre-Brexit, she sold through Wings Wines for £7-£10 is now likely to cost close to £20.

Let me stress, she is making no more profit on this. She is simply adding on the new, Brexit-induced charges.

But the implications are much more serious for Claire and her producers.

In Italy, for example, wine makers and exporters are allowed about a month to close an eAD, once generated. If it stays open longer than that, they are forbidden from exporting any more wine until it is settled. Their business is blocked.

The granny knots of new red tape mean that eADs are not being closed in time leaving Italian wine makers with no alternative but to sort the paperwork themselves. They have to wait for the receipt from the customer and then take a hard copy to their local customs office who deal with it in their own sweet time.

All of this is adds weeks to the completion of orders and meanwhile, Claire is stuck in no-man’s land. It’s no way to do business.

It will come as no surprise that some of the firms she deals with are close to walking away from the UK entirely.

What’s to be done?

Claire is exploring other options. Maybe there are different ways of routing wine into the UK. Perhaps via Ireland and then Northern Ireland. But, in truth, she feels that the situation is likely to get worse rather than better and that her only viable option is to re-orientate her business away from the UK and towards new markets like Albania and China.

What about us? Is there a handy Russian oligarch bankrolling your life? No? Then let me point you towards the supermarkets. They’ve got plenty of wine. Wine that is shipped over to the UK in huge tankers, shoved into a bottle and plastered with a pretty label.