New hospital in Birmingham is delayed again - the supply chain crisis that has developed since Brexit is engulfing the construction industry. 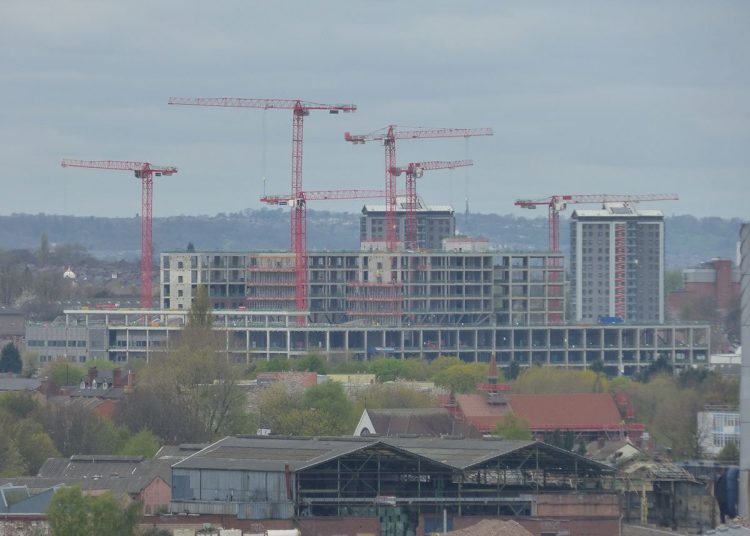 Our current Prime Minister, Boris Johnson, was elected almost two years ago on a raft of simple but spectacular promises. Two of the most eye-catching were Get Brexit Done and 40 New Hospitals.

It has since become abundantly clear that a Boris-Promise is as insubstantial as the hot air expended to make it. For Johnson, a promise is not a binding pledge, it’s a snappy soundbite that pleases his audience and can be reversed or abandoned at will.

He hasn’t got Brexit done and he certainly isn’t building 40 new hospitals. Johnson’s lies and contradictions regarding the Northern Ireland Protocol mean that we are as far away from Brexit being done as we were in 2019, when he rose over his fallen predecessor Theresa May to get to the Tory leadership.

As for the second promise, a leaked document revealed that trusts have been ordered by the government to describe new units and refurbishments of existing buildings as “new hospitals”. The document emerged days after health secretary Sajid Javid was panned for describing a cancer centre in the already-very-much-built Cumberland Infirmary as a new hospital.

In Birmingham, however, one genuinely new hospital is in gestation. But its birth has been delayed by – guess what? – Brexit. In the least surprising twist ever, two of Johnson’s unstable promises have collided head on. As usual, it’s ordinary people who will be hit by the fall out.

The Midland Metropolitan University Hospital is a new teaching hospital being built in Smethwick. Johnson should not be given credit for this (although he will take it anyway), the project has been more than a decade in the planning. George Osborne finally greenlit it back in 2014.

It was supposed to be finished by 2018. Carillion started work and local bigwigs happily unveiled digital clocks, counting down 1000 days until the new hospital opened. By 2017, it was already clear that completion would be delayed (one suspects that the clocks were quietly removed at that point) and in 2018, Carillion went bust. Nothing happened for nearly two years and then Balfour Beatty took over the build. Work restarted at the beginning of 2020 and completion was rescheduled for 2022.

Progress on the new hospital continued during the pandemic but this year’s supply chain problems have proved a step too far. Last week, yet another delay was announced. Chief Executive of Sandwell and West Birmingham Trust, Richard Beeken said, “There have inevitably been some significant impacts relating to supplies, [and] workforce availability.”

In other words, the new hospital has been impacted by the crisis that has engulfed the construction industry since we left the EU in January.

Beeken continued, “We will continue to work closely with Balfour Beatty [..] so that we can announce a 2023 opening date before the end of the year.”

I don’t suppose the people of Birmingham are holding their collective breath.