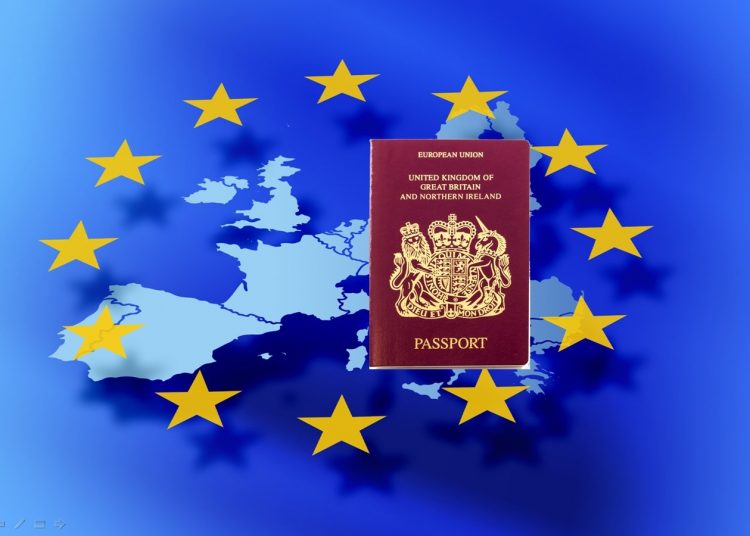 “No man is an island”, but Brexit Britain certainly is.  To adapt the words of the poet John Donne, the loss of our European friends has diminished me.

I grew up in the shadow of the Second World War, when Britons stood aloof from the rest of the continent, and Germans in particular were regarded with suspicion. It was not until I was older and travelled to Germany that I realised they were normal human beings. The crucial experience for me was taking part in an international work camp in my early twenties, mixing for the first time with Germans, French, Dutch, Czechs, and young people from all over Europe. It was then that I realised for the first time what it meant to be British.

But now a more primitive, fearful attitude has returned to dominate these islands. Now, it seems, you can only be truly British by keeping the other nationalities at arm’s length. For those who voted Leave, this may not be too troubling, mistaken though it is in my view. But what about the others? As Professor Chris Grey says in his very insightful analysis, half the population has been “cancelled”.

In Soviet Russia, those who disagreed with the communist ideology disappeared or were erased from the record. In Britain, former Remainers are simply ignored, and no longer count as  ‘the people’. What does this mean for their sense of personal and British identity?

Consider a boat, adrift in the Atlantic, which has been boarded by pirates. It is not an inappropriate analogy considering that Brexiteers have described their philosophy as buccaneering. “We are all buccaneers now”, announce these desperadoes to the cowed hostages. And in a sense this is correct, for from now on the hostages may find themselves eating stolen food, for example (or food produced through inhumane farming methods, in the case of Brexit Britain).

Under these conditions, a few of the hostages turn turtle and become passionately committed to the cause of piracy, sparing no effort to prove their loyalty and worth to their captors (David Frost comes to mind). A few others remain resistant, despite the personal danger this involves. For a significant number, influenced to some degree by Stockholm syndrome, it is a question of “if you can’t beat ‘em, join ‘em”. But the challenge for everyone forced to live in a corrupt or criminal environment is always the same: how to avoid becoming tainted by it.

Personal identity is affected by how one is seen by others, and for British pro-Europeans this poses a problem. When abroad, they may wear tee-shirts saying “I voted Remain”, but the default attitude tends to be that all Britons are Brexiteers until proved otherwise, much as all Germans after the war were assumed to be Nazis’. Everyone gets tarred with the same brush, and it can be difficult to preserve one’s pride and self-respect.

Where once I was proud to be British, I now find myself ashamed of it simply because of the way my country has behaved. Where once I thought the Union Jack an attractive flag, I now rather dislike the “butcher’s apron”. And I have little time for the associated jingoism or “Union Jackery”, as the Scots call it.

So what positive thoughts can we extract from this rather gloomy picture? Well, if we can step back and stop thinking about Britain for a moment, we might acknowledge in a more altruistic way that Brexit may be best for Europe. Our country is badly infected with Euroscepticism, chronically poisoned by decades of lies in the right wing press. Is it not fair and just that we should be quarantined for the greater good of the European project?

With time, if we are patient, our malaise may burn itself out. And when we eventually re-join we will do so in the spirit of a more sober and genuine appreciation of the European continent. In other words, to continue this optimistic train of thought, a break could do both us and Europe good in the longer term. “Il faut reculer pour mieux sauter”, as the French say.

I believe that we will indeed come round to re-joining the EU one day. Indeed, as I recently pointed out elsewhere, we have never left it in spirit. I have spent much of my professional life as a psychiatrist treating bipolar disorder, or cyclical mood disorder, and I am accustomed to seeing history repeat itself. But what applies to human beings also applies in nature and more broadly. What goes around, comes around, as surely as death follows life and life follows death in the eternal circle, and war follows peace.

At present we are sliding back into a warlike footing with Europe, as Brexiteers reprise the mood of eighty years ago. How long will it be before the pendulum swings back, and a new enlightenment emerges from the chaos and sleaze of Brexit Britain? Nobody knows, but it will happen eventually, as surely as day follows night.