How GB News will be funded in the future will also be interesting. How long will its backers continue to fund it? And what exactly do its backers want in return? 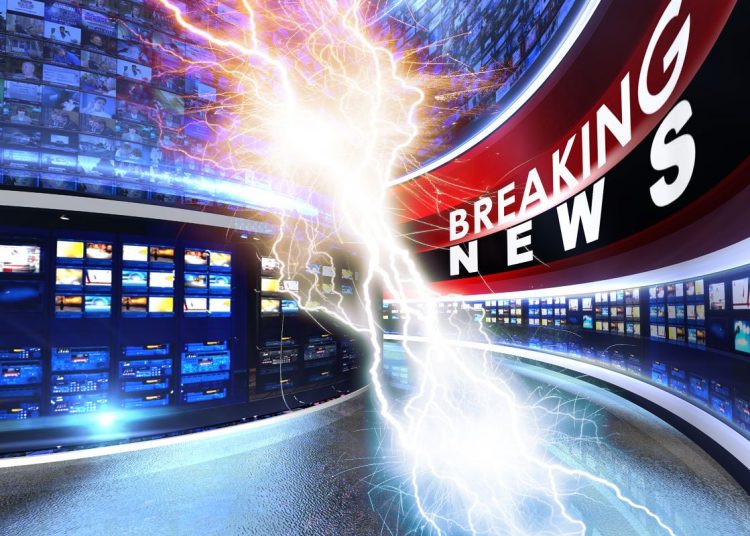 The selection is expanding to include the oddly named “GB News”, launching to provide “real journalism” and “news, opinion, and debate for all the UK”. Supposedly their coverage will include Northern Ireland, despite the channel name excluding the six counties. Whether this will be “local news for local people” remains to be seen.

Under current Ofcom rules, the channel will have to tread very carefully in bringing impartial news into our living rooms, presumably the reason why a Murdoch backed “News UK” channel has scaled back its plans. That said, according to the Metro, the channel will still have the right to offend under Ofcom’s impartiality rules.

It very much remains to be seen if this style of shock-TV news succeeds – and provides a platform for the “anti-woke”, anti-BBC brigade – broken news, in other words. Time will tell if programmes like their planned “Wokewatch” segments work, and hopefully our readership will be first to call them out if they do overstep Ofcom’s guidelines.

But by then, will it be too late? Will our very British style of impartial TV news start to vanish before our very eyes? Who knows if this government will even relax Ofcom rules in the future, perhaps in the name of “keeping up with modern technology” or “providing wider sources of news”?

One can only wonder if this new channel is going to try to gain audience share by actually making the news itself  (breaking news) – or, more frighteningly – making up the news to suit its own agenda? Many right wing newspapers are already full of headlines blaming “New EU rules” when in fact EU rules are exactly the same as they’ve always been for non-members. It’s just, as we all know, the UK is no longer a member and Brexit is to blame for the changes.

How GB News will be funded in the future will also be interesting. How long will its backers continue to fund it? And in the long term, will advertising and other revenues cover its costs and pay back the initial £60m funding it has reportedly received? And what exactly do its backers want in return? In this very saturated market, a healthy profit is unlikely.

Running a news channel is exceedingly expensive. ITV couldn’t afford it and closed down its service some time ago. Also, some of the people who are going to front this new channel, such as Andrew Neil, certainly won’t come cheap.

Of course, the modern mix of media and how we obtain news is completely unrecognisable from even a few years ago. Even the main way people watch television has changed. Television is just one of the media we use these days, and many might be drawn to the new channel’s mix of web and social media feeds, all far less regulated than Ofcom might want.

GB News seems to be part of our country’s lurch to the right and more of a US-based understanding of freedom of speech. In Europe we tend to think about how what we say might affect others. A fuller explanation of the difference between how freedom of speech is thought of in the US and Europe can be found in this blog.

For those who like to sit in front of the box to get their news and have a smart (internet connected) TV, it’s slightly better news. A few more news channels are hidden away on Channelbox (Freeview 270) and VisionTV (Freeview 264). These aren’t actually channels, but portals to other channels, and VisionTV comes with a warning that viewer caution is advised as it “may not be regulated like TV content”.

The good news is that hidden away on Channelbox is not only Euronews, the leading European news channel, but also the English version of France 24.

Meanwhile on Vision TV, the French version of France 24 is available, along with channels like the crazy right wing US channel Newsmax (which makes Fox News look positively moderate), Syria TV and the Times (of India) TV. As it says, “viewer caution is advised”, but it does mean a wider choice of news sources are available if you know where to look and have the right equipment. For DW, however, you need to look online at the moment.

For reasons of its own, the BBC chose not to belong to the group of public broadcasters who make up Euronews. With such a paltry offering of news channels, the pan-European channel is really conspicuous by its absence on the main Freeview EPG.

Freeview have said “whether or not to broadcast on the Freeview platform is a decision for the individual broadcaster. We are open to any channels with a valid Ofcom license, but each broadcaster will make the distribution decision that best works for their business.”

It’s hard to think that British people are so disinterested in what’s going on in Europe. It’s almost as if there been a concerted effort to keep Euronews – and other European channels – off our screens so we focus only on “GB News”?

Despite many calls to Euronews, no comments were received to clarify why they are absent from the main Freeview EPG. Those of us who use Freeview as our main television provider and want a wider selection of news channels than the BBC, Sky News, Russia Today, Al Jazeera, and now “GB News”, are forced to look on the internet, rather than to Freeview’s EPG.

And on the internet, impartiality certainly isn’t guaranteed. TV news can be a very scary place.

Editor’s note: Euronews is available online at euronews.com and on YouTube.