The Northern Research Group called for a Northern Economic Recovery Plan to be in place to support economic growth in the North. 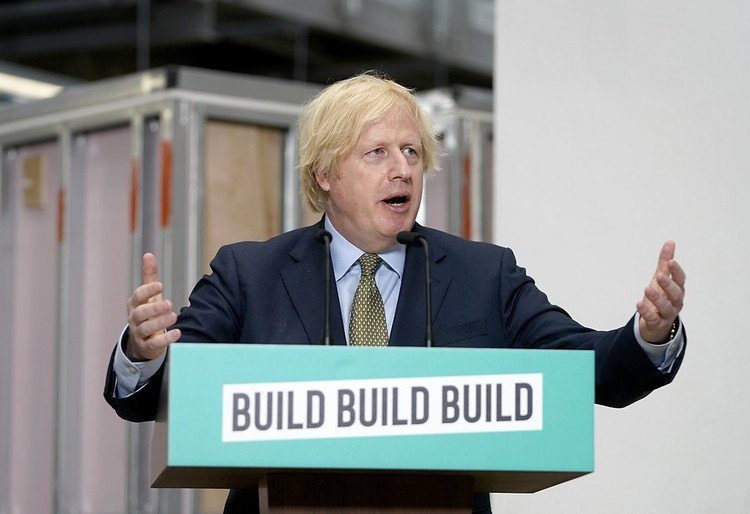 A good many people may find it surprising to find out that Boris Johnson has not had the easiest of relationships with the north of the country or the East Midlands. The Northern Research Group, a loose network of Conservative MPs branding themselves a ‘trade union’ penned a letter to the prime minister yesterday (Monday 26 October) calling for a way out of lockdown for tier 2 and 3 areas and a Northern Economic Recovery Plan. Such a plan would spill over into the northern parts of the East Midlands, too.

The letter makes clear that they “share concerns that the cost of Covid could be paid for by the downgrading of the levelling-up agenda”. Boris Johnson outlined the so-called ‘level-up’ of the north in an economic speech in Dudley on 30 June. Intentionally or otherwise, he provided newly elected northern MPs with a sense of false hope. The coronavirus has all but dashed any promises of investment in the north.

“I was worried for those businesses in Mansfield that will be worst hit by these [Tier 2] restrictions and have already sacrificed so much this year. I have spent the past week speaking to colleagues in the Treasury about the need to support those businesses worst hit and I was extremely pleased by the subsequent announcement from the Chancellor, of additional support for businesses in this area”.

Bradley refers to himself as “the first blue brick in the red wall” on Twitter. East Midlands MPs who joined Bradley in signing the letter are: Karl McCartney, MP for Lincoln: Lee Anderson, MP for Ashfield: and Robert Largan, MP for High Peak.

Along with the issues the north is facing, the government’s coronavirus restrictions have hit the East Midlands. Yesterday, Nottingham and three neighbouring boroughs entered Tier 3 lockdown. It came after health chiefs announced another 20,890 Covid-19 cases across the UK, up just 11% on last Monday. Leicester was the first city to enter a local lockdown when Matt Hancock, the Health Secretary announced the measures on 29 June as the rest of the nation was on course for relaxed restrictions.

Opposition has renewed pressure on the government as, further to yesterday’s front pages, a group of cross-party MPs, scientists and health professionals today launched a campaign for a national coronavirus exit strategy. The ‘Covid-Secure UK plan’, backed by March for Change, is a three-step ‘Control, Suppress, Eliminate’ plan similar to New Zealand’s successful Covid-19 strategy.

Layla Moran MP, Daniel Poulter MP, Philippa Whitford MP, Munira Wilson MP, Caroline Lucas MP, Clive Lewis MP, Prof. Devi Shridhar and Prof. Martin McKee are among some of the high-profile public health backers of the campaign. Layla Moran MP, chair of the APPG on Coronavirus, and a supporter of the new exit strategy campaign, said: “The Covid-Secure UK plan is based on the principle that by focusing on saving as many lives as possible in the immediate term, you will also save jobs and be able to open up the economy sustainably.”

Daniel Poulter, Conservative MP for Central Suffolk and North Ipswich who supports the plan, added: “The closest equivalent to the Secure-Covid UK plan is New Zealand. By bringing their numbers right down and pushing the focus of their response to their borders, they have been able to reopen stadiums to fans and go back to some form of normality.”

In conclusion, not all Conservative MPs are happy with the way the prime minister is handling the pandemic. The Northern Research Group, combined with other MPs who are cautious about the direction the government is taking, could spearhead a rebellion. The Conservatives cannot win the next election without seats in the East Midlands and the north, so they may buckle under the pressure from the fledgling MPs embedded in the north’s former red wall.