The government is using Orwellian suppression to bring about ‘one of the biggest UK cover-ups in a generation’. 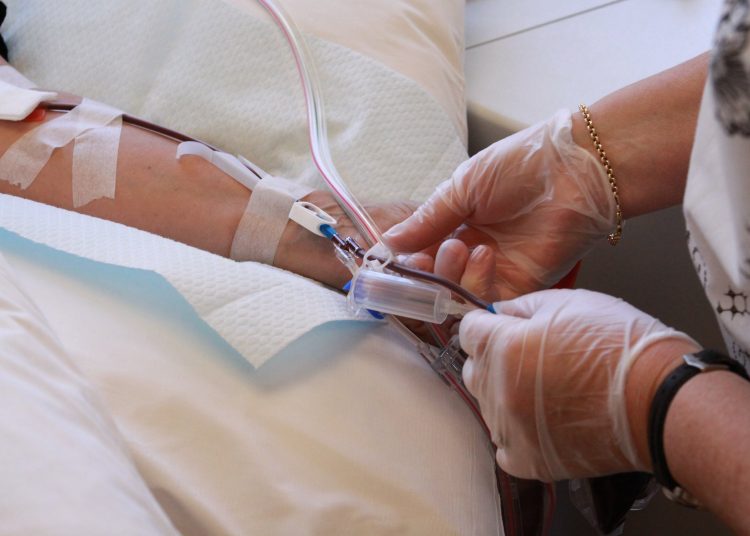 Jason Evans is the founder of the Factor 8 campaign group. His father died in 1993 when Jason was only four years old. For years, he has been trying to find out exactly what happened.

His father, a haemophiliac, died from Hepatitis C and HIV, both of which he contracted from a transfusion of contaminated blood products at some point in the 1980s. His death is a tragedy but it is far from unique. In the 70s and 80s, as many as thirty thousand people in the UK were infected from contaminated blood products imported from the US. Nearly three thousand of these people have died.

Three thousand individual tragedies together constitute a disaster and, potentially, a national scandal. The Factor 8 group is trying to establish whether or not the Department of Health was in breach of its duty. Why did the UK import American blood products? Were the imported products tested for purity? If not, why not?

In response to years of pressure, Theresa May launched the Infected Blood Public Inquiry in 2017, overseen by Sir Brian Langstaff. Its aims are laudable but it is running into obstacles.

In March 2018, Jason submitted a Freedom of Information (FOI) request to the Treasury for some historical files concerning a previous investigation. The Treasury was keen to co-operate but was repeatedly advised against doing so by the Clearing House. The Clearing House is a secretive unit established within the Cabinet Office in 2005. Its stated purpose is to act as an advice centre for Whitehall departments to ensure consistency in responses to FOI requests. What it actually appears to do, however, is exert pressure to block the release of any information that might be embarrassing or damaging for the government.

The information Jason requested was eventually released in October 2018. It revealed conversations between Kenneth Clarke and the chief secretary to the Treasury suggesting that the victims of the contaminated blood scandal had suffered because of medical negligence.

Other documents of interest to the investigation have also been withheld. Far from clearing information for release, the Clearing House instead suppresses unpalatable or inconvenient truths. Like Orwell’s Ministries, it appears deliberately named to mislead.

Tories have form for this. The European Research Group and the Taxpayers Alliance are both powerful Conservative-associated groups that lobby hard to promote their own interests, rather than performing the more altruistic functions that their names suggest.

Even other Conservatives have misgivings about the way the unit functions. David Davis has said, “It is an exquisite irony that the department that is charged with upholding Freedom of Information is actively blocking it.”

Through the actions of the Clearing House, the government restricts the information available to the public, even when it directly concerns them. It is using the Clearing House to silence the families of the thousands of victims of the contaminated blood scandal.

Jason Evans has no plans to stay silent. As he himself says, “Slowly but surely, I believe we are piecing together one of the biggest UK cover-ups to have taken place in a generation.”