In my East Midlands, progressively-inclined corner of the internet, I come across daily complaints by members of the public that their Tory MP has blocked them on social media. 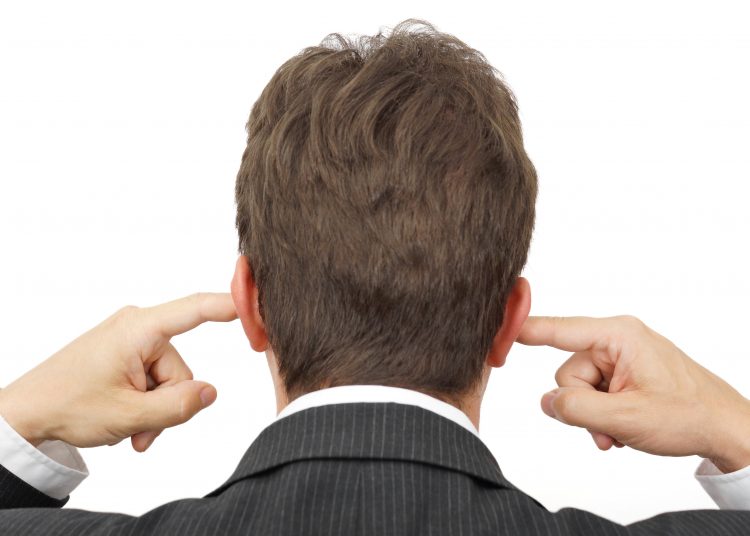 In my East Midlands, progressively-inclined corner of the internet, I come across daily complaints by members of the public that their Tory MP has blocked them on social media.

Is this an East Midlands problem? Again, it would seem so. We have 46 MPs, 38 of them Tory. I found reports of 19 East Midlands MPs who have blocked or deleted constituents in some way. They all come from one party.

Is it, in fact, a problem at all? We all know how horrid social media can be and that MPs come in for more than their fair share of abuse. It is right and sensible that they should block abusive posters and delete their material.

But this is where we tumble down the rabbit hole into a land of smoke, mirrors and shifting sands.

Because ‘abusive’ is clearly open to interpretation. One person’s reasonable comment is another’s vile insult and it’s this grey area between genuine feeling and frank abuse that is ripe for exploitation.

MPs have a duty to their constituents as laid out in their code of conduct.

When they block constituents, they dodge scrutiny. But they also deprive their constituents of information. In these times, that’s often important public health information from the heart of government.

They know all this, of course. They claim to enjoy robust scrutiny and piously affirm that they welcome a range of opinions. But do they?

Take a look at this screen shot. This Facebook post by Ben Bradley (Mansfield) has 349 comments posted, of which only 263 are visible. 86 comments have been hidden.

What does Bradley say? “Most of my block list will just be those who get abusive on every post. With others it may be because they repeatedly post the same comments on every piece.”

There are people who have been blocked for expressing a different point of view or even just asking a question. Someone in Sherwood: “Mark Spencer blocked me when I emailed him about Brexit.” And Derbyshire Dales: “I have just been ‘Facebook blocked’ by my MP Sarah Dines for posting on her page concerning the links between MPs and private healthcare firms.” And Mansfield: “I was blocked for posting a public link to his voting record in parliament, that’s it.”

Some of our MPs really don’t like the public looking too hard at their voting record.

Some constituents may not even know they’ve been blocked until they try and post a question. Here’s a bewildered voter in High Peak:

Twitter is a relatively minor battlefield for these MPs. However, constituents are still blocked and denied access to information. Darren Henry, Ruth Edwards and Gareth Davies have all turned off the ability to reply to their tweets – effectively, a mass-silencing of their constituents.

So we have the first glimmerings that perhaps these MPs are not as open and robust as they say. They seem more interested in using their social media outlets to direct the narrative. This is not what they preach and it’s certainly not what their code of conduct requires.

Not all of our MPs are block equally. A thorough trawl of Facebook and Twitter reveals a wide range of activity. It is worth noting that those who are likely to receive the most abuse (the female and BAME MPs) actually appear to block the least. The white, male MPs are more aggressive and often deploy more advanced tactics than simple blocking and deleting.

Despite their protestations of ‘thick skins’ and ‘welcoming scrutiny’, some East Midlands MPs consistently react in extremely emotive terms. They frequently use language that paints them as the victim, conveniently ignoring the fact that they currently hold all the power. Lee Anderson in Ashfield: “I am being accused of blocking free speech. I cannot win.” In Mansfield, Ben Bradley: “I’ve even deleted my Twitter at one stage…I even got a load of abuse for doing that.” Robert Largan, High Peak: “..the opposition has been reduced to making up nasty lies about me.”

Which leads us naturally on. One cannot be a victim without an oppressor. In this region, that has to be Labour (no doubt it varies with location). But these MPs make no distinction between known Labour party members and others. Instead, they vilify anyone who raises their voice as a ‘discredited Labour attack group’ or ‘hardline Corbynistas’. Many of their constituents who have been blocked or deleted are not affiliated in any way with the Labour party and may or may not vote Labour. Plenty definitely do not. A few are even Conservative voters. No matter. Any dissenting voice gets tarred with the same brush as a swivel-eyed socialist oppressor of these innocent Tory victims.

Their ability to hold two contradictory positions at once intensifies the feeling that we are adrift in Wonderland. By a frequent shifting of rhetoric, they maintain that the opposition is useless yet somehow terrifyingly strong.

This should be an odd position to take but it is, in fact, very well described in both political terms (by Umberto Eco, who knew a fascist when he saw one) and psychological terms as a marker of narcissism.

Sit down and shut up

Sometimes, they reach beyond manipulating their own narrative and into the active bullying of others. Lee Anderson threatened a reporter who wrote an article he didn’t like. He attempted to smear her on his public Facebook page (with the conventional Labour attack line) and finished by stating that he would be talking to her editor. It’s hard to take anything from that except, “You have to print what I like or I will come after you.” You can read her article here: I defy you to find anything abusive in it.

This isn’t an isolated example. A High Peak constituent runs a public Facebook page, examining Robert Largan’s voting record. Recently, they published a post containing the demonstrable fact that Mr Largan is a member of the Northern Research Group.

Largan’s membership of the group has been documented by, among others, the Daily Mail, The Guardian  and even Guido Fawkes. But now he says, rather bafflingly, that he signed their letter but isn’t a member of the group. We cannot know the reasons for this statement but the semantic circle is hard to square.

In essence, some of the East Midlands Tory MPs exhibit the characteristics of a group determined to ignite and sustain a culture war. Their social media shows very little of the civilised discussion and range of views that they claim to welcome.

Why should that be? Are they taking their orders from the top? Certainly, the government operates in precisely the same way. Or is this the only thing they know how to do? These MPs were chosen for their willingness to support Boris Johnson’s inadequate Brexit. Brexit is the biggest culture war of all and even though it is now ‘done’, they may know no other way of working.

Or is it because – either singly or collectively – they are well aware that it is their only route to keeping power? Without the distraction of a perpetual culture war, their constituents might notice that these MPs have very little to offer them.