Larraine (Larry to some!) lives in Marple, on the edge of the Peak District. She is an active member of Stockport for Peace and National CND. Along with 30,000 other women, she 'embraced' the RAF Greenham Common Airbase in December 1982, which eventually led to American cruise missiles being removed from British soil. Now in her seventies, she continues to campaign for nuclear disarmament, world peace and social justice. 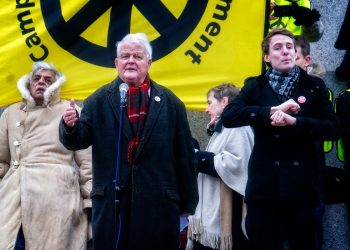