Andrew Brown is a Rutland farmer born and bred. He is a past High Sheriff of Rutland. He also sits on the Leicestershire and Rutland bench as a magistrate. The farm is 60% arable and 40% permanent pasture. The farm is in a major conservation scheme which has planted pollen and nectar strips and wild birdseed plots as well as installing a permissive bridleway for local residents and a 3Ha community woodland. The farm has won several local, regional and national awards for his conservation work whilst maintaining a viable and productive commercial farm. He hosts school trips and goes into schools to promote British food and farming. He is a former NFU East Midlands Regional Chairman. He has been on the Board of the HGCA and is on Farmers Club Committee and former Chair of Membership and is a Professional Fellow of the Institute of Agricultural Management, a member of the Commercial Farmers Group, the Worshipful Company of Farmers and has achieved the status of Chartered Environmentalist. He has been awarded the Fellowship of the Royal Agricultural Societies. He is a Freeman of the City of London, a former Trustee of the Rutland Agricultural Society and current trustee of the Leicester Comedy Festival. In 2017 he won the Leicester Comedy Festival ‘Stand-up Challenge’ and has done comedy gigs in various locations around the country and even as far afield as Tasmania. As well as having an engineering degree he has recently gained a post graduate law degree with merit from De Montfort University. He states that, ‘Good farming practice and good environmental practice go hand in hand, and it is essential we get the message across to the public that UK farmers produce some of the best agricultural products in the world to the highest standards of welfare and the environment, and with climate change and population growth, farmers must step up to the mark to help feed the world without destroying it’. 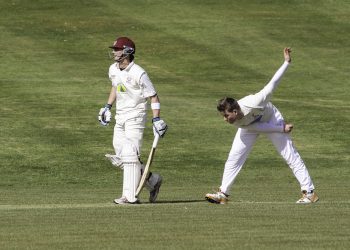 Remaining optimistic in Rutland despite a sticky wicket for farming!

Despite all the doom and gloom of this year there is always cause for optimism and I for one am... 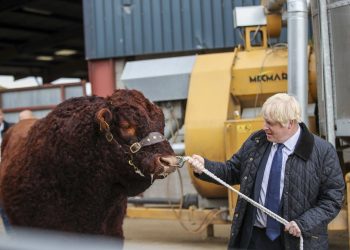 The Government promised farmers would get more support payments with their oven ready deal. Without this being law, it's hard...