Angela Rayner worked for everything she has whereas Boris Johnson had everything handed to him on a silver platter – they don’t even compare.

by Mike Stafford
in Politics 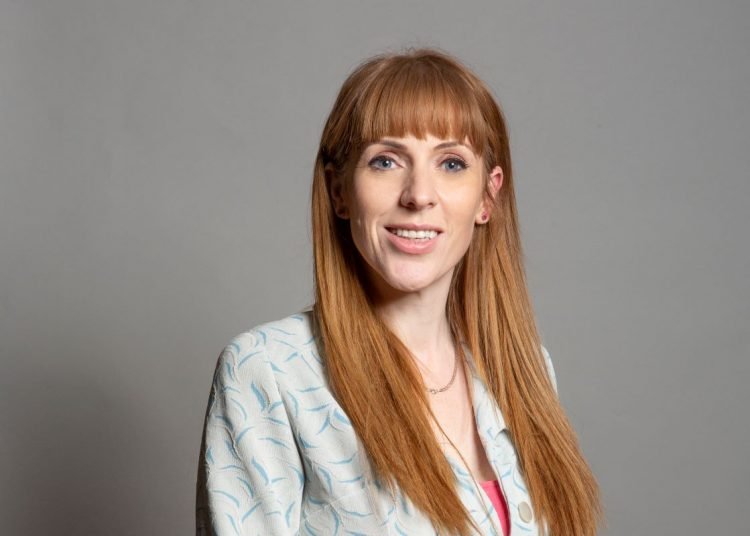 "File:Official portrait of Angela Rayner MP crop 1.jpg" by David Woolfall is marked with CC BY 3.0.

There is a scene in Watchmen that we should call to mind after the Mail’s recent hit piece on Angela Rayner. In it, fan favourite character Rorschach is wrongly incarcerated, and is soon surrounded by vengeful fellow prisoners, most of whom owe their imprisonment to his crime-fighting efforts. After powerfully repelling one attack, he snarls in a warning to any more potential assailants.

The same is true of Rayner’s attackers in the British establishment. When her class background is sneered at by Eton-educated, aristocracy millionaires, the shame isn’t hers, it’s theirs. To paraphrase Rorschach, she isn’t lucky to be in the House of Commons with them, they are lucky to be there with her.

Attacking a woman of hard-earned merit

In an article that neither requires nor deserves repetition here, the Mail derided Rayner’s prior single mum status, her career as a care worker, and her lack of university education. The Mail, of course, is owned by the 4th Viscount Rothermere, and lashed out here in defence of an Old Etonian millionaire. Those of inherited wealth felt comfortable pouring scorn on a woman of hard-earned merit.

As the alleged guardians of aspiration and personal attainment, wealthy figures like Johnson would do well to study the achievements of Rayner. Though she stands at the dispatch box now, a mere two swords’ distance away from the prime minister, she has run an ultra-marathon to get there. Johnson, by contrast, merely barged through a door held open by his elite parents and peers. By any sensible measure of individual achievement, hers is immeasurably superior to his.

Yes, Rayner left school at 16. By the same age, Johnson was three years into an extremely expensive education that was not funded by his own endeavours. While she was juggling the demands of parenting a toddler and working as a carer, Johnson was a libertine, whose excessive exploits happened to occur amid a network of personal contacts that would one day extend into every corridor of British power.

As anyone fortunate enough to have been both a drunken teenager and a working parent will attest, the latter is so much more challenging than the former that even to compare the two is laughable.

By the time she was 31, Rayner had not just managed to earn a living, but had risen to become elected as a branch secretary within Unison, having successfully fought privatisation of the home care service in Stockport. She held senior council leaders to account, fighting to protect members in the face of brutal austerity enforced by central government. At the same age, Johnson’s university connections had landed him a job at a national newspaper, which he also parlayed into magazine writing; both were approached with well-documented indolence and entitlement.

Angela Rayner shines in a society of class prejudice

At any juncture of life at which we scrutinise their respective efforts, work-rate, and deviation against the mean suggested by their birth, it is Rayner who shines.

Her story is one of successive opportunities being created, ex nihilo, by her own hard work. Johnson, perhaps Britain’s most notorious opportunist, was actually gifted most of his own career opportunities by accident of birth. For a man of his background to enter parliament is merely to exchange one set of oak panelled walls for another; for a woman of her background to enter parliament is a remarkable achievement.

Class prejudice, of course, is a long and ignoble tradition in British society, and the Mail’s article is merely a footnote on one page of a bulging encyclopaedia, in which birth and breeding are inaccurately assumed to be a useful measure of human value. In 2022, it is not enough merely to say this is wrong – it is precisely upside down.

When people attain prominent positions in public life despite early disadvantages, as Rayner has, they should be held up as role models, even heroes. If Johnson and his outriders in the press cared a whit for the concept of aspiration, they would acknowledge Angela Rayner as the success story she really is.