John Cotter sets out the significant political and legal obstacles the UK would face, if it wished to rejoin the European Union. 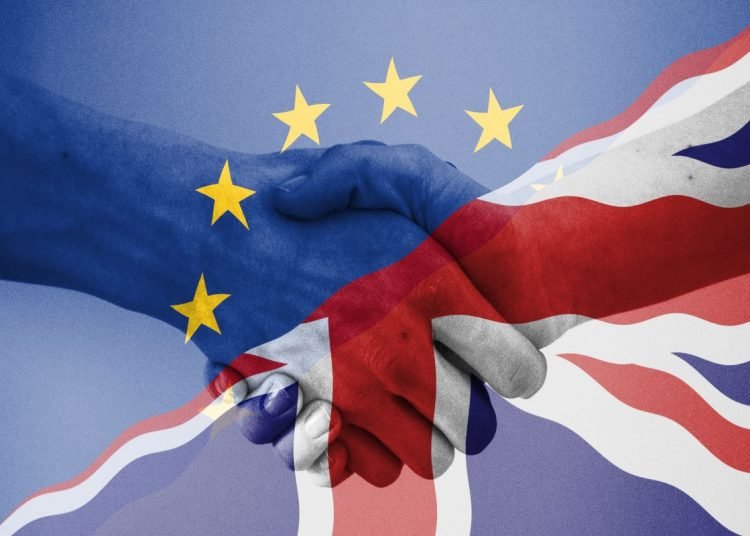 Beyond making a detached, formalistic claim of ‘sovereignty’, it is becoming increasingly difficult for Brexiteers to argue that Britain in 2022 resembles the Utopian vision they presented in 2016. The problems of Brexit, particularly this hard Brexit, are becoming hard to ignore. Indeed, there are early signs that the conversation is beginning to recognise them and to suggest an openness to more constructive relations with the EU.

For many former remainers, EU citizenship was more than just a matter of convenience, it was a question of identity. For them, suggestions short of full EU membership will never go far enough and there is an understandable desire to have the UK rejoin the EU as a Member State as soon as possible.

While I would like to see the UK rejoin eventually, my sense is that many advocates of rejoin underappreciate the legal and political obstacles involved.

The legal and political framework

The EU’s treaties make no special or fast-track provision for a former Member State to rejoin; Article 50(5) of the Treaty on European Union (TEU) states that any such request by a former Member State will be dealt with under the usual Article 49 TEU procedure. Article 49, in turn, provides some detail on both the qualifying criteria for membership and the procedure.

It provides that an applicant state must respect the EU’s founding values (respect for human dignity, freedom, democracy, equality, the rule of law and respect for human rights, including the rights of persons belonging to minorities). Moreover, any decision on an application must take account of the European Council’s eligibility criteria (the ‘Copenhagen Criteria’). These criteria are grouped under three headings: political, economic, and legislative. The political criteria relate to the “stability of institutions guaranteeing democracy, the rule of law, human rights and respect for and protection of minorities”, while the economic criteria necessitate “a functioning market economy and the capacity to cope with competition and market forces”. The legislative criteria require “administrative and institutional capacity to effectively implement the [body of EU law] and ability to take on the obligations of membership”.

The procedure as set down in Article 49 is divided into four steps (although in reality there will be several other intervening steps). First, the applicant state addresses its application to the Council of the EU, comprising ministers from each Member State. Second, the European Parliament and national parliaments are notified of the application. Third, the decision on candidature and the close of negotiations is ultimately taken by the Council of the EU (after consulting the Commission) and having received the consent of the European Parliament. In this context, the Council must act unanimously and the European Parliament by a majority of its component members (currently 705 in total). Finally, the conditions of admission negotiated are made the subject of an agreement between the EU’s Member States and the applicant state, which must be ratified in accordance with each state’s domestic constitutional requirements.

The challenges in Europe

So even a cursory examination of the process reveals several significant obstacles standing in the way of the UK quickly rejoining the EU.

As things stand, there could be question marks over the UK’s ability to comply with the EU’s founding values. The recent debacle around the Northern Ireland Protocol Bill might call into question the UK’s commitment to the rule of law. In the context of the UK government’s plan to remove some asylum seekers to Rwanda and the government’s frustration with the European Court of Human Rights, there have been hints dropped by ministers that they might seek to withdraw from the European Convention on Human Rights. The EU has its own well-documented issues with the state of the rule of law in some existing Member States and might be forgiven for not wishing to add another problematic state.

The most obvious challenge presented by the procedure is the requirement of unanimity. Convincing 27 different governments of any one position is a challenge in itself; convincing them of the UK’s candidature/membership maybe even more so. Antipathy to UK membership might be a popular position in some Member States.

Others within the EU and its Member States might adopt a “once-bitten-twice-shy” or “De-Gaulle-was-right” approach and conclude, based on experience, that the UK is not worth the bother. The bad-faith behaviour of the UK government both during and after the Brexit withdrawal negotiations will have done little to help in this regard either. Doubts over the long-term stability of the UK union might also give some Member States pause. Even if all Member State governments were open in principle to UK membership, some national governments might view the accession negotiations as an opportunity to win important concessions from the UK, concessions that might not be popular domestically in the UK.

The duration of the procedure (typically a decade or so) should also not be ignored. For now, the UK remains closely aligned to the EU which might make accession a relatively fast process. But one might expect greater divergence over time, which could present its own challenges.

The challenges at home

The requirement of unanimity and the duration of the procedure would also present issues within British domestic politics. Possible Member State nervousness about long-term British commitment added to the fact that the whole process could take the lifetimes of two UK governments, mean that there would have to be a long and stable period of cross-party and societal consensus in favour of membership. In all likelihood, a government applying to take the UK back into the EU would have to make a manifesto promise to do so.

As implied above, any negotiation process might well be difficult and could result in a British government having to accept domestically divisive concessions. It would be a challenge to complete the process within one electoral cycle, which could effectively make the subsequent election a referendum on the application and the process. A campaigning message promising to remove the issue from British politics might be an appealing one.

Moreover, the forging of the necessary cross-party consensus would be hampered by the first-past-the-post electoral system, which tends to disincentivise compromise between the largest two parties. Even the most optimistic former remainer would acknowledge that there is currently nowhere near a political or societal consensus in favour of EU membership nor any sign of such consensus appearing imminently.

Given these challenges, those advocating the UK rejoining the EU have to be realistic about what can be achieved and when it can be achieved. In this respect, they should take inspiration from the pragmatic and gradualist approach suggested by the French Foreign Minister Robert Schuman in his famous declaration on 9 May 1950:

“Europe will not be made all at once, or according to a single plan. It will be built through concrete achievements which first create a de facto solidarity.”

Unless there is a sudden change of mood in Britain, it is similarly unlikely that the UK’s way back towards the EU will be via a single plan. Brexit presents itself not as one grand catastrophe, but as countless small but significant everyday problems and increasingly, practical, concrete solutions to those issues will be sought.

As the debate on ‘Europe’ becomes a more distant memory (despite self-interested attempts by Brexiteers to keep it alive), such questions may become less about politics or identity and more about what appear obvious and sensible solutions. Hard Brexiteers, like an un-self-aware version of King Canute, may seek to fight the economic tide, but businesses in a more depoliticised climate may become more vociferous in demanding closer economic ties or integration with Europe to solve the needless problems they face. In such circumstances, it is even conceivable that pro-business Conservatives might also increasingly find their voices.

Increased cooperation between the EU and the UK might evolve into further and deeper cooperation over time. That is not to say that such a process would inevitably lead to the UK rejoining the EU or even single market membership; the UK might eventually find a sort of “sweet spot” in its relationship with the EU in which economic well-being would not be sacrificed at the altar of ‘sovereignty’. However, any move in British politics towards a more constructive and closer relationship with the EU should be welcomed as progress and the process has to begin somewhere.

If I were you

If I were to advise those in the UK who wish to rejoin, I would suggest working to depoliticise and detoxify the debate on ‘Europe’, to make the case less about identity and more about solutions to problems, however difficult that may be. I would also recommend that advocates of rejoin should not let the perfect (EU membership) become the enemy of the good (EEA/EFTA or other forms of, maybe more realistic, closer economic cooperation).

Those advocating rejoin should also take some comfort from the fact that, notwithstanding the legal and political obstacles described above, the UK has much to offer the EU and its Member States (especially Ireland), both economically and politically, if it can get its act together Indeed, even such a modest step as an EU-UK veterinary agreement would do much to reduce the need for checks on animals and plant moving from Great Britain to Northern Ireland. Deeper economic ties or integration might obviate the need for the Northern Ireland Protocol altogether.

It should go without saying that current extent of friction in trade between the EU and UK is in no-one’s economic interests. Rejoiners would be wise to have patience and let gravity take its course. And perhaps give it the odd helping hand. 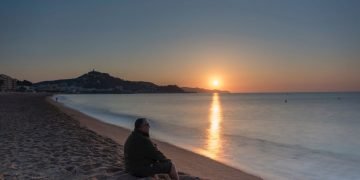