Allens Cross leaders get out the vote 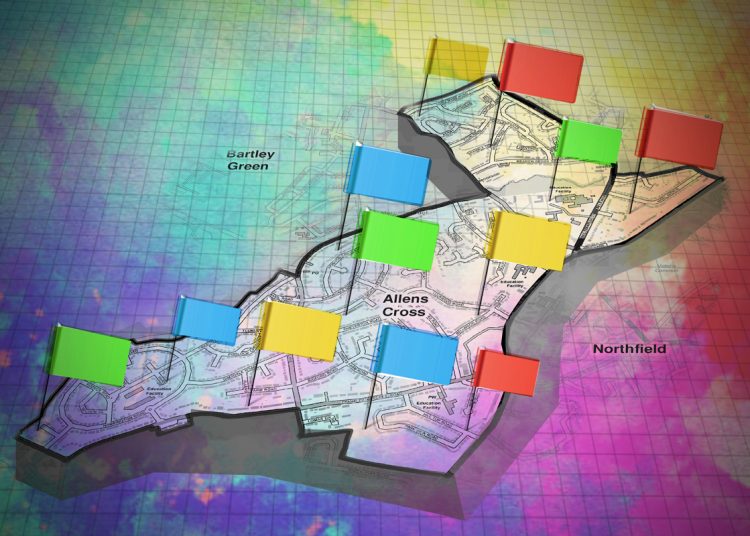 This week, community leaders in the South West Birmingham ward of Allens Cross have encouraged residents to register to vote on the gov.uk website in advance of the 14 April deadline. The local council elections are on 5 May. On the outskirts of the city, the ward has a rich history of community activity, and its Community Centre is the oldest in the Birmingham, opening in 1931. While turnout at the last council election was only 27 percent, community leaders are keen to encourage more people to vote, for their voice to be heard on important issues like housing, crime, and transport.

One of these leaders is Richard Burden, MP for Birmingham Northfield from 1992 to 2019:

“This is a huge opportunity: the council has power on a range of issues that affect our everyday life like transport, housing, and policing. At the last election, two thirds of voters stayed home. With so few people voting, your voice is all the more important.”

Mandy Scott-Morgan, the Centre Manager of Allens Cross Community Association, talks about what voting means to her:

“It means freedom, it means having some capacity to influence the way our towns and cities are run. A lot of people don’t think we have much power, but it’s the first step to making some changes.”

“It’s a wasted opportunity, if you don’t vote you don’t have the capacity to moan!”

Teresa Hussey, Coordinator of the new Community Pantry in Allens Cross, also adds her voice to these calls:

“The first time I voted was as soon as I could, when I was 18, and I’ve voted in every election since then.”

“I think it’s the most basic thing that anybody can do to be involved in their community. It’s such a privilege being able to have a say in who represents you.”

In the 2018 council elections, Allens Cross had one of the lowest turnout rates in Birmingham, with only 27 percent of registered voters showing up to the polls.

In the election, Councillor Eddie Freeman was elected by only 49 votes, one of the smallest margins in the city.

The elections themselves will be on 5 May, be sure to show up if you can!