Rhiannon George Daniel cautions against mixing alcohol and parenting based on her experience as a therapist.

by Rhiannon George Daniel
in Home 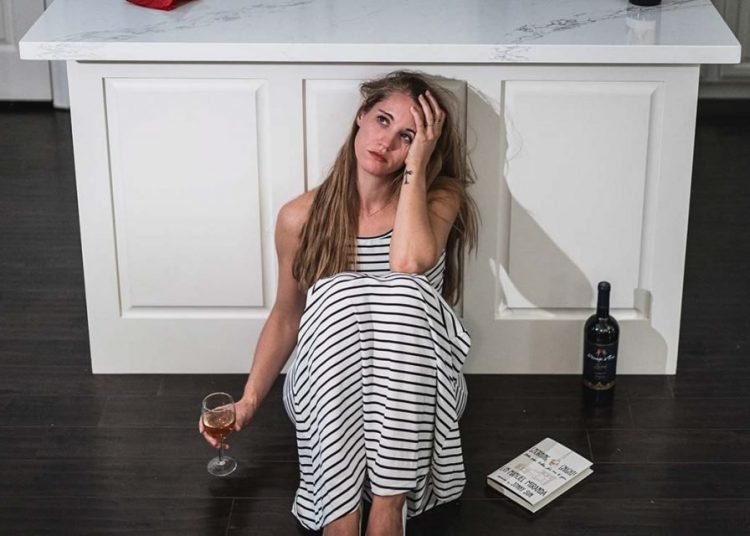 Photo by Zachary Kadolph on Unsplash

As the hullabaloo over the ‘drinks’ parties at 10 Downing Street gathers pace there’s lots of angst over the politics but nobody in the media is focusing on the role of alcohol.

It’s no surprise that Yummy Mummy Quaffing – mostly wine (which, if you’re seeing what I’m seeing on Instagram is starting to look like an epidemic) doesn’t attract much criticism. There they are on Reels (short films on Instagram), beautifully filtered, dangling a super cute baby on their hip, brandishing, with a smirk, a giant pint wineglass full of Chardonnay.

Step back a moment… how seriously bad, really, is this? It’s bad. We don’t drink and drive. We don’t, by and large work and drink. Yet childcare? Yay! Pop that cork!

In the US, they’re ‘Wine Moms’. The Atlantic says: “Moms who enjoy wine certainly existed before the internet, but it’s the internet that catapulted the wine mom to meme stardom… Wine is to Moms what duct tape is to Dads. It fixes everything”.

In Quit Like A Woman, Holly Whitaker takes a radical position that problem boozing wrongly labels women in particular as alcoholics, when there’s no such thing: anyone, given the right circumstances, can become addicted.

High functioning drinkers tell themselves they don’t have a ‘problem’. Twenty years ago, I didn’t offer psychotherapy to anyone currently misusing substances, but now there have to be both an assessment and rules (don’t show up for your session inebriated for example) because substance misuse across all demographics is so vast now that without accepting there have to be rules, I’d have no clients.

Researchers now think everyone who drinks regularly has ‘a problem’. It’s a mind-altering substance. It costs money. It allows us to do and say things we wouldn’t usually. The most dangerous thing about any addictive substance is that your focus and attention will always be preoccupied with ensuring supply, and this affects your life: often, relationships. Especially with your children.

Does any sensible person think that anyone should be using alcohol while responsible for a baby or a child under 16? Should parents who are regularly mind-altered, or focused on feeding a need which takes attention from the task of child-care, be excused?

So it’s ironic that the challenge of child-care itself is resulting in people who can’t cope without misusing substances to alleviate the stress.

Child rearing done mindfully, isn’t inherently stressful. It should be a natural process for which we’re all prepared and capable. Animals manage it, we also have all the right instincts.

It’s hard because of cultural pressures, especially but not exclusively on mothers or primary carers who are trying to combine this important task with a career, not understanding how babies and small children behave and why or how to approach parenting. Some may even be going into parenting for inappropriate reasons e.g. wanting a baby ‘because other people have one’, or as an ‘accessory’ to round out their “Perfect Lifestyle”, as sadly people have told me in my practice room.

Self-medicating with alcohol daily is not a socially acceptable, slightly amusing cultural phenomenon, it’s a problem.

As a qualified addiction counsellor I would assert that our culture is in total denial about the downsides of drinking. It’s convenient to style booze addiction as a ‘disease’ or imagine that only some are vulnerable. Alcohol has exactly the same impact on everyone from any kind of booze, it’s all ethanol [editor’s note: however, severity can vary with age and health].

Not just someone on the street drinking White Lightning, or bottles of vodka secreted around the house. Occasional or binge drinking counts. I worked with someone who would toil for ten months, alcohol free, quit work, hit the pub the next day, and spend two months drunk 24/7 leaving a trail of catastrophes in his wake.

‘Wine Mum’ isn’t new. An old school friend who quit after thirty years of alcohol misuse told me: “One day both kids were screaming. It was 11 am. I glanced over at a bottle of wine and poured myself a large one. As it kicked in I remember thinking: This is the answer to all my problems.”

But in reality alcohol, even small amounts, makes everything worse.

Ethanol creates five phases of ‘Affect’ in humans. One unit – a pub measure of wine, half pint normal strength beer, one pub shot of spirits or pub measure of fortified wine will produce Disinhibition, Euphoria, Aggression, Narcosis, Agitation in that order.

Examples are: dancing on tables, feeling high, getting mad and starting a fight, falling into a ‘dead sleep’, waking anxious and jittery.

Alcohol is way better at bonding with your endorphin receptors than your own dopamine is, so dopamine secretion is temporarily suspended and that’s why you feel low and anxious the ‘Morning After’.

Alcoholism happens when you can’t ride out this suppression of dopamine production. You have another drink or get your dopamine back on track by enjoying the anticipation of the drink you’re having later.

Alcohol is legal in this country. In the 18th and 19th centuries, there were periods when consumption threatened the ‘social fabric’, in the 20th century we had Signing The Pledge and the Band of Hope, disastrous prohibition in the USA, then the almost overnight alternatives to booze such as cannabis became popular.

It’s big money: current UK alcohol retail figures are £39 billion a year. Few governments enjoying alcohol duty revenues would dare tinker with the alcohol industry, and public health campaigns are seriously underfunded, while there are 19 bars in the Palace of Westminster. MPs and Lords drink. Boozing is now utterly ‘normalised’ across society from the ‘top’ down.

I think the fallout from drinking while parenting is greatly underestimated, and not only the obvious results of injury and death due to poor care while drunk. I have had enough clients who are known as ‘Adult Children of Alcoholics’ to understand the impact on children of carers who are often drunk and that’s a comprehensive set of disadvantages.

If you can’t cope, get help. But not from a bottle. 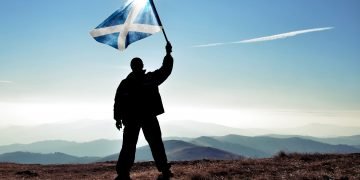