The accidental introduction of whisky to Uruguay following a shipwreck in the 18th Century shows how an accident can lead to opportunity and the establishment of a taste for whisky. 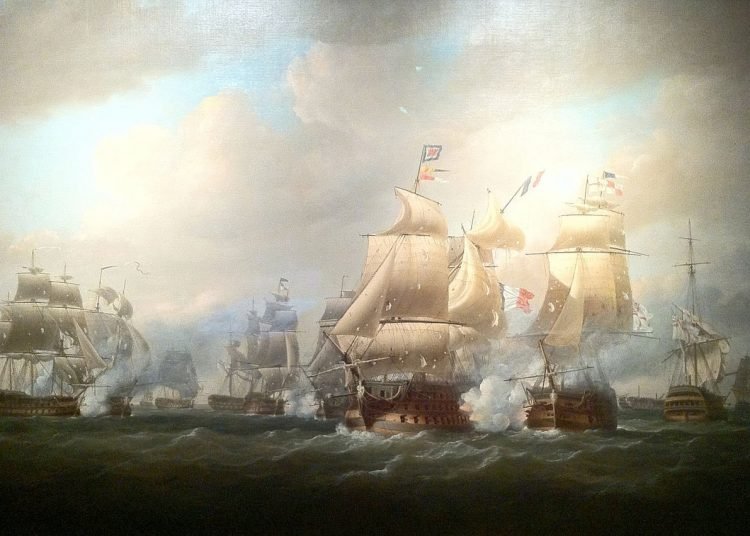 HMS Agamemnon was a Royal Navy ship of the line with an armament of 64 guns. She was 160 feet long, 44 feet in the beam and had a crew of 490 officers and men. She was laid down at Bucklers Hard on the Beaulieu River in the New Forest and was launched on 10 April 1781.

She saw service in the American Revolutionary, French Revolutionary and Napoleonic Wars, and fought in many of the major naval battles of those conflicts. Between 1793 and 1796 she was commanded by Captain Horatio Nelson and became known as Nelson’s favourite ship.

On 21 October 1805 Agamemnon took part in the Battle of Trafalgar. She was 7th in line of Nelson’s windward division, between the Orion and the Minotaur.

In 1808, being too old and slow to serve on the battle line she was assigned to the South America patrol and by May they had reached the mouth of the River Plate, anchoring in Maldonado Bay, on the coast of Uruguay.

On 20 June 1809, whilst heading in to shore in a storm, Agamemnon ran aground on a hidden sand bar just North of Isla Gorriti. Her own anchor pierced the hull and she went down in shallow water. The crew reached the shore without loss of life and were taken to Maldonado. In due course, the captain was court martialled but acquitted with a verdict that the loss of the vessel was due to Agamemnon’s poor condition.

The record indicated that all ship stores were recovered. However, 40 bottles of single malt whisky went astray mysteriously between the wreck and the shore.

Because war was raging between England and the Spanish/French alliance under Napoleon, the Spanish authorities in Uruguay made it difficult for the Agamemnon crew to return to England and several of the crew members never did. Midshipman Peter Buckley was among those who stayed to live in Maldonado.

A few months later, Peter Buckley opened a liquor store in Maldonado. Among other items it offered an unknown single malt whisky bearing a nicely designed label identifying it as Black Raven Single Malt. There were those in town who remembered the missing whisky bottles from the Agamemnon stores, but nobody paid any attention to that rumour. The whisky was an immediate success among the locals and Peter quickly ran out of stock. Encouraged by such success, he wrote to his uncle Ebneezer McMahon in Scotland, asking for whisky formulas and distillation instructions. Once in possession of all the information, he set up a clandestine distillery near an out of the way creek and started to produce Black Raven Whisky in quantities. Scotch it was not, but the local drinkers were delighted.

Peter Buckley died at the age of 60 in an explosion that destroyed the Black Raven distillery in 1848. He was the only one who knew the secret of making Black Raven and the whisky died with him. The explosion may have been an accident, or it may have been caused by civil war partisans or by envious competitors trying to secure a corner of the whisky market. The answer was never known and Peter didn’t live to tell the story.

Ever since then, whisky has been a greatly preferred drink among Uruguayans. Local historians think it all started with Peter Buckley’s Black Raven.

In 1993, professional divers recovered a cannon, chinaware and several other objects from the HMS Agamemnon.