National Identity is Multi-Dimensional, and, in the post-Brexit era, the focus on national identities has left many questioning theirs. 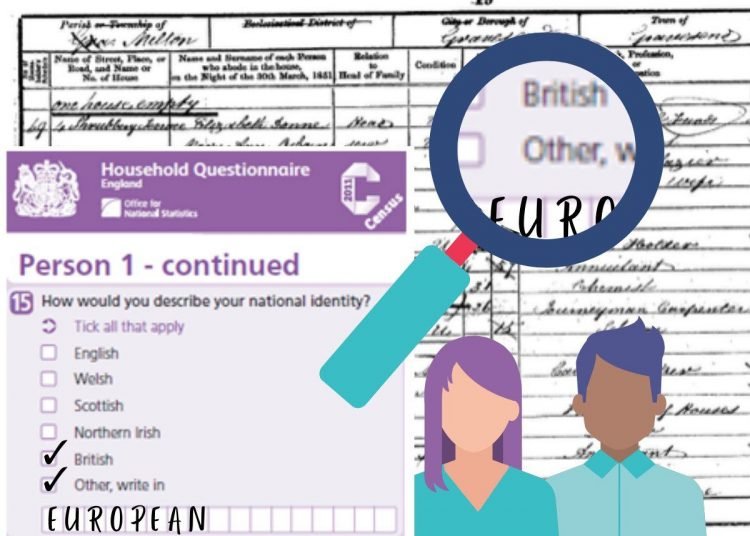 Every decade a census is taken in England and Wales. This snapshot of all people and households gives information to help plan resource allocation, and will help future historians understand us. This year, there is a lot of chatter on social media asking the question ‘Do you feel European?’ with speculation whether we should, or even can, add this to our census form.

The Office of National Statistics acknowledges that national identity is “multi-dimensional.”We have been allowed and encouraged to self identify since the 2011 census introduced this new question to observe the increased interest in ‘national’ consciousness. The previous 2001 census in England and Wales did not have a National Identity question. The Scottish Census had options for Scottish, Irish, British or Other; the lack of an option to state you were English or Welsh caused people to campaign to have their national identity acknowledged.

Now, to express your possibly multi-dimensional identity you are allowed to tick more than one box for this question, and even write in the most fitting for you, if it isn’t included.

Ethnicity, religion, place of birth and what passports you hold are separate questions on the census, ensuring a full range of collected data in addition to how you feel. This also ensures everyone who is a citizen of another European country can be recorded clearly.

This means you are legally allowed to write European if you genuinely self-identify as such. For many of us Brexit has been a focusing lens for our national identities, leaving us questioning who we most identify with and which direction we want to face.

The table below summarises how people reported last time.

The Prehistory of Brexit