Simon Ferrigno discusses eTwinning and the Erasmus+ programme which is no longer available for the UK due to Brexit. 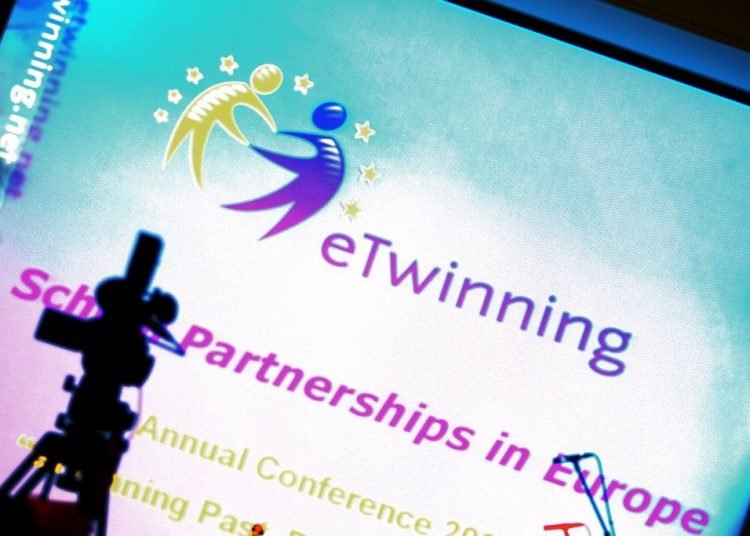 Amongst the wreckage, we caught up with teacher Anna Grainger from Warwickshire about the loss of eTwinning to learn more about this little known area of the Erasmus+ programme, and what losing it means for children.

Grainger is a language teacher for primary age children, although she trained and taught secondary previously. She teaches Spanish, with a degree in French and Spanish.

Compulsory primary language teaching begins at KS2, from years 3 to 6, but it is very patchy, Grainger says: ‘some schools do it well and some do very little’.

She explained that eTwinning is a relatively unknown part of the Erasmus+ programme, that started 15 years ago; it is for schools, and children as young as 3 sometimes take part. It covers the whole curriculum, says Grainger: ‘It is fully inclusive. I have colleagues who teach in special schools and PRUs (pupil referral units) and even nursery schools who accessed eTwinning’. It is also very flexible with programmes lasting from as little as two hours to a year.

Grainger says eTwinning opens children’s minds to the world, and helps them to see beyond their own horizons, to break down barriers and understand children in other countries. She says previously children may not have realised they have things in common with children from elsewhere. eTwinning also brings the curriculum more to life.

While Grainger always tries to bring language in, this is not obligatory. The last project she worked on was called Black and White which won an award from the British Council. This project had elements of coding (using binary codes), origami, and included a collaborative story development between three schools: one in Italy wrote the first chapter,  one in Spain the second, followed by her school in Coventry.

Unlike University Erasmus, eTwinning happens largely through letters and digital communication rather than physical exchange. Only from year 5 might there be an in-person visit. She says ‘ Most don’t even know of the existence of eTwinning and don’t realise that Erasmus+ is wider than just universities.’.

Grainger says Erasmus was really good at opening doors for children, while the Turing scheme will only be about physical exchange, so KS1 and KS2 cannot participate in practice as they cannot travel abroad. This means ‘It’s a case of not being able to inspire them, open their eyes to the world and make them realise that there are opportunities out there.’ She also points out that teachers lose out on Continued Professional Development (CPD), where Erasmus provided funding for teachers and lecturers to go and learn or shadow overseas. This has not been thought through, she adds, as the Swiss tried pulling out of Erasmus before but this ‘went pear shaped because Switzerland ended up having to pay costs of incoming students in order for their students to be able to study abroad.’

Meanwhile, there is talk of a European Education Area, which is meant to make Erasmus even bigger, and to improve education. Erasmus+ already includes many non-EU countries like Serbia, Georgia and even Lebanon. But now, Grainger says, ‘we are the only country in Europe without access to Erasmus+’.

As part of the European Movement campaign, Grainger says they want the government to rejoin e-Twinning as a third country, as part of Erasmus+ (and as Boris Johnson initially promised).

Meanwhile, many teachers are still in shock. They were only told they would not be part of Erasmus on Christmas Eve 2020, she says. Thus, ‘many teachers had started projects by that point, then ended up locked out of the programme on January 1. Many teachers struggled to complete projects, with only a week’s notice.’

Many teachers started with eTwinning from its debut in 2005 and have now lost all their work, which is stored on the Erasmus database, but will be erased if they do not access it within two years. They used this system as it was safe for students, with all staff screened and verified. Grainger says, ‘It’s locked away from us.’

Teachers feel that the Government never understood or knew about eTwinning: most thought Erasmus was just about universities. Even then, Erasmus+ covers 190 countries and if Turing theoretically does too, opportunities in it will be far more limited.

Grainger concludes: ‘I work in a very deprived area of Coventry, I always told my pupils about the world of opportunity they would access, that would help them find their way’.

That world is gone now, Grainger concludes ‘for those with a UK passport. We have children with EU passports who now have many more rights and opportunities than our British children.’