I used to teach Alice Powell, who recently finished second in the 2021 Formula W championship. 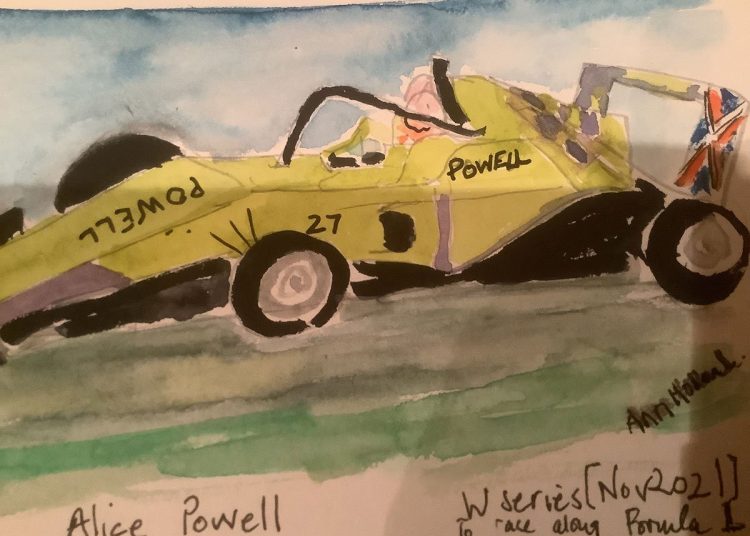 I used to teach Alice Powell, who recently finished second in the 2021 Formula W championship. The Oxford born speedster, who grew up in Sarsden near Chipping Norton.

Alice Powell was introduced to motorsport by Jim Fraser, her grandfather who was a racing fan. At 6 years old Alice learned to drive in karts and wherever else there was a chance to share her early skill.

She joined the Cotswold School in Bourton on the Water in 2008, where the school allowed her to have time out when she needed it to go racing. She took part in a televised race the day before her Maths GCSE. She was a good student, very intelligent, hard-working and lovely. She left the Cotswold School after finishing her GCSE Exams and entered the British Formula Renault Championship.

Alice passed her driving test on her 17th birthday, a year after having started in Formula Renault. She had help from her family but also has sponsorship. This lasted until 2015 when the sponsorship stopped and Alice worked for a few years in her fathers business.

In 2019, Alice was one of 18 women selected to compete in W-Series Championship. In 2021 she won the opening race of the year at the Red Bull Ring. She secured the second place in the W-Series on the last weekend in Austin and is now set to join Jamie Champion at the FIA WEC Rookie Test at Bahrain International Circuit on 7 November 2021.

As Alice’s former headteacher, I will say that she is a great role model for young women, Alice Powell is a remarkable young woman with exceptional qualities both in her motorsport and her charisma. She will continue to make waves as her career progresses.

Is China the enemy?

The Master of Downing Street

The Master of Downing Street