A bucketful of challenges: lone parenting in the Leicester lockdown

If parenting is serious business, then single parenting in a lockdown is beyond serious… 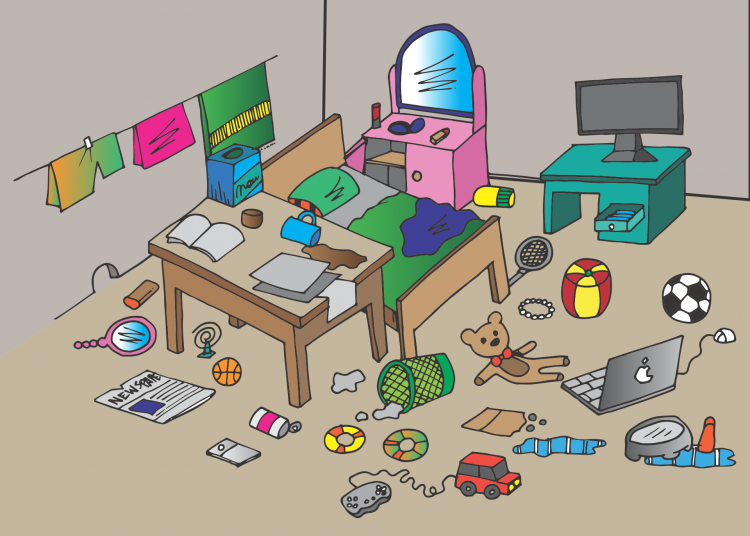 If parenting is serious business, then single parenting in a lockdown is beyond serious…

“Oh dear!” Meera lamented, staring at the wall clock and glancing quickly at the state of disarray in the living room. She had spent the entire afternoon assisting her two kids in their online lessons. Meera, a single mother and international student, dreaded the lengthy hours it would take her to clean up. The look on her face mirrored the lethargy she felt. It had been like this since the United Kingdom government announced a lockdown on 23 March 2020. The borders were open, airlines operated in full force, travellers moved as freely as the air. Meera had never felt so exposed. To make it worse, news of the Covid-19 pandemic from all over the world was frightening. Although Meera thought the lockdown announcement came too late, she felt less anxious and less vulnerable now that it was in place. Yet, as the days went by, the reality of the impact of the lockdown became evident. Meera realized that she had a bucketful of challenges.

Meera had to deal with several mental battles alone. She was experiencing all kinds of fears at the same time. The fear and anxiety glued her to the television, hoping for news of a cure. Her greatest fear was catching the virus and spreading it to her kids. She was also worried about her elderly parents and family back in her native country. Soon Meera became obsessed with cleaning. She bought all the different kinds of cleaning material available in the stores. She cleaned and cleaned till she became exhausted. It was as if she was fighting an unseen enemy. Meera never realized she had gotten so caught up in the web of cleaning and barely spoke to her kids. One day she overheard her five-year old mutter, “I wonder why mum is always cleaning even when the house is sparkling clean?” The hurt in her voice seemed to awaken something in Meera. She read some useful material on the internet and started applying the tips. In time, she found that having a routine for play and work, eating healthy, indoor exercises and dancing with her kids helped. Several conversations with other single parents made her realise she was not alone. It felt like a bad dream that she needed to wake up from. Yet, every time she opened her eyes in the morning, she cringed at the enormous tasks to be undertaken.

Ever since the lockdown announcement, Meera’s daily tasks had more than doubled. Before the lockdown, Meera had more than enough duties to handle daily. Her dual role as parent and graduate student meant sleepless nights due to coursework and early-morning school runs. Weekends were no better for the minority ethnic mother of two. In between cooking, shopping, and ensuring the kids had some measure of recreation, Meera had little time for herself. In addition, efforts to curb the increasing spread of Covid-19 led the prime minister, Boris Johnson, to announce an indefinite school closure for the eight million pupils in England. The first countrywide school shutdown in modern British history forced teachers and pupils to self-isolate. Thus, an already burnt-out Meera had to become a class teacher.

This was disappointing because she had looked forward to settling in gradually and making friends with other mothers in the community. A play date or two with other kids would have been great. She had looked forward to a summer trip in a nearby European country. The kids would have loved it. But she had barely settled down into graduate work in Leicester when news of a pandemic filled the air. Now, after months of staying home, she was more worried about the impact on her kids’ psychological wellbeing than their schoolwork. Her fears emanated from the constant stay at home and inability to go outside to play or use any outdoor recreational facilities.

In her research, Meera found a survey of teachers. 56 per cent of the 1,004 teachers surveyed felt unprepared for remote instruction before Covid-19. Yet most believed it had a positive impact on their and their pupils’ ability to use technology for learning. Meera was certain that a higher percentage of parents were unprepared for the realities that followed the school closure and the move to online learning. In future, she hoped for structured attempts to prepare parents and teachers for such learning resulting from natural disasters and disease.

Another great concern for Meera was finance. She was running low, not because of bad planning but due to the unbudgeted mandatory expenses the pandemic triggered. Apart from having to stock up on food items in advance, keeping safe also meant purchasing enough cleaning, sanitary and vitamin items. In addition, she had to ensure a double supply of fruit and vegetables was available for the kids’ daily consumption. The government had announced a national voucher scheme to ensure that pupils eligible for free school meals got a meal each day, but she was not eligible for this. Getting funds from her family overseas was also discouraged because the exchange rate crippled the value of the total funds received.

Since imported native food items was more expensive than the supply of fresh British homegrown food, she began to experiment. She learned how to prepare varied meals with available fresh local food items, fruits and vegetables. The kids loved to experiment and were eager participants. She was able to cut costs. Most importantly, the times she spent in the kitchen watching their faces as they tried new food was forever etched in her memory. It was her lockdown souvenir, a souvenir of a lifetime.

Finally, one of the most difficult challenges for Meera during this period was combining her coursework with parenting and home schooling. As much as she tried, she was never able to combine the three. It was so difficult to concentrate or study without distractions from the kids. Initially, she was quite worried about it but gradually she became aware of similar experiences amongst other single mothers. To Meera, the Covid-19 pandemic was the worst disruptor and distorter of plans she had ever experienced. Yet she coped by appreciating the moment, engaging with friends, seeking help, and applying useful healthy daily living advice. As the city of Leicester set out new restrictions to combat a local outbreak, Meera was convinced that the battle could be won through cooperation and compliance.

Yet she does not see much of that around her. Meera also senses another dangerous yet subtle menace lurking in the shadows. What could that be?

Watch out for the concluding article

Ngozi Eneh is a business researcher and consultant